Playing in the dark…

WAAAAAYYY back when…
I was the youngest kid on the block, so I didn’t get to join in much… but we played a game called Sardines.  It is the opposite of Hide and Seek, kinda, sorta.
In the dark, with boundaries set… ONE, and only ONE, kid goes and hides.
Everyone else closes their eyes and counts.
ONETWOTHREEFOUR… FIFTY!
They then scatter… searching high and low for the hidden One.
When someone spotted the One… you would quietly sneak in and hide *with* him.  If necessary, you might delay that if someone else might witness your disappearance.
Soon, there’s six of you crammed together <hence the name> in some fence corner behind the stinky garbage cans, giggling at the lone unsuccessful participant wandering around forlornly calling “OK, guys, I give, please come out!”
That was Fun.
<Though when I think back on it, it was probably a LOT more fun for the 13 year olds than the 6 year olds.>
As I spent more and more of my summers at Girl Scout camps…
We had flashlight tag.
We had marshmallow trails.
We had Sparky parties.
We had Sky Parties.
Constellations.
Tales of Andromeda, Perseus, Cassiopeia, Pegasus, Cetus, and Cepheus!
Those nights under the stars, the telling of tales, the Perseid Meteor Shower that heralded the end of our summer freedom, the cheer we sent up when Sally Ride rode into space… all of that made me love the stars!
OK.
William Shatner  and his top notch crew had a little bit to do with it too…
I *still* like playing in the dark.
<In town, I was SCARED of the dark… at camp… nope.  Here?  NOPE.> 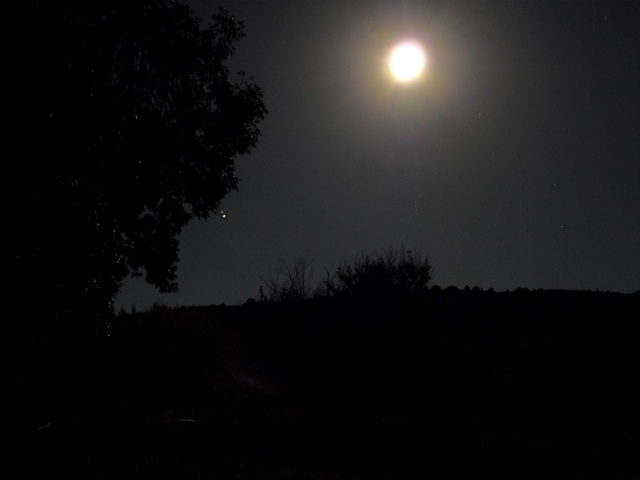 Full moon and Jupiter… and moonlight on leaves…
I decide to play with my timer on my camera…
Try “sky writing” with the moon at 30 seconds…
It gives you time to write a cursive L… for Lucas. 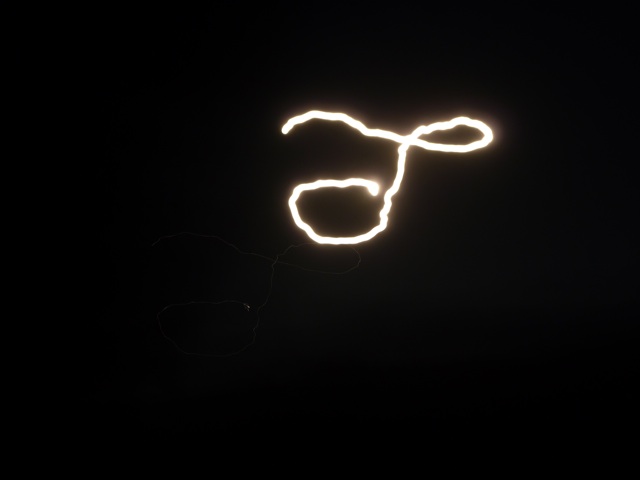 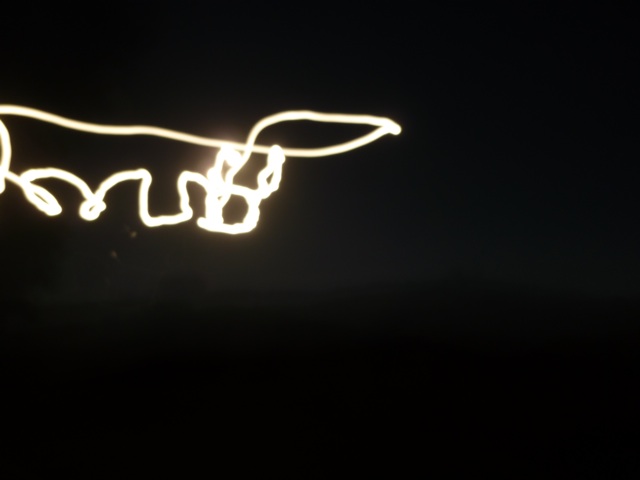 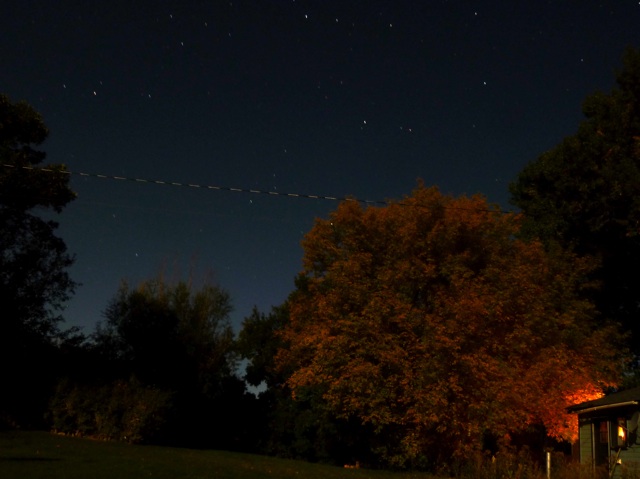 With Sagittarius overhead, my ghostly self even decided to join in and give you a big wave! 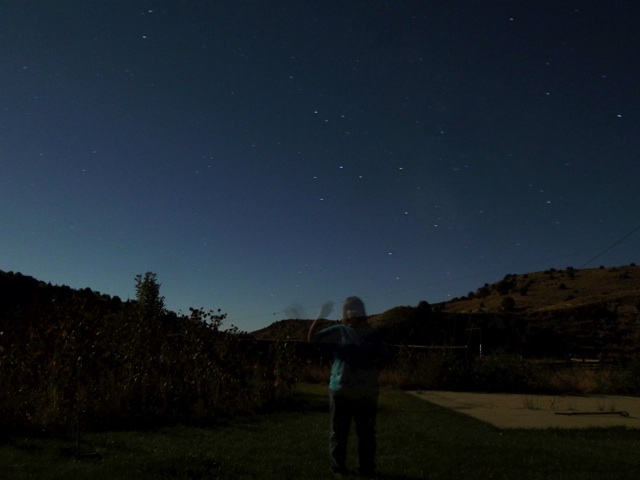