All that about good intentions…

From a motel room via email.

Then things got all switched around, and instead of staying and spending the night… my boss and I decided to come home.

On the back road.

On the back DIRT road.

It was dry until we got Right On Top.

Right where if you have to turn around, a wheel (or two) is more likely to slip over the edge of the gravel-ish base to leave you high centered, hanging over the edge of a bank, or hopelessly spinning your well greased wheels!

We felt that choice was taken away… so we mushed on.

Mush being appropriate as the rain had turned to snow! 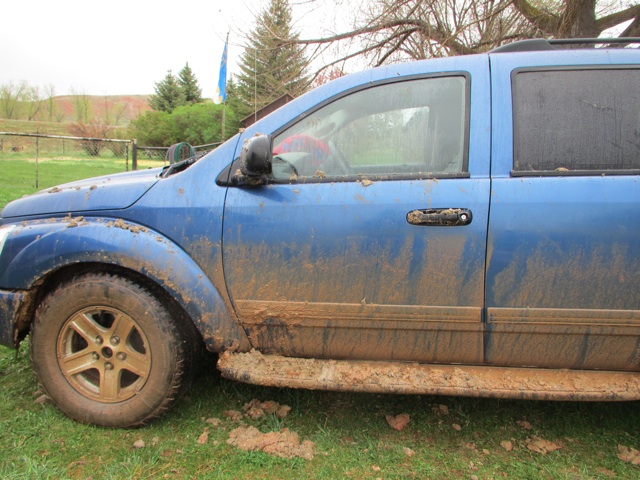 We decided if we were guys, we’d just gun the ol’ Durango and rip through the mud, delighting in our girlish fearfulness.  But since we are practical women, we simply sailed as gently or as forcefully as necessary through the mud and the muck, trying to keep our sliding wheels from nearing the edges of the SlipAndSlide style road.

We agreed forward progress was good.

Again, being the practical women we are, we had called ahead before even leaving Casper, warning our sleeping significant others, that had we not appeared by 2 am… they should feel free to come rescue their fair maidens in distress.

They yawned and said, “Sure thing.”

We finally pulled into my driveway at 1:53 am. 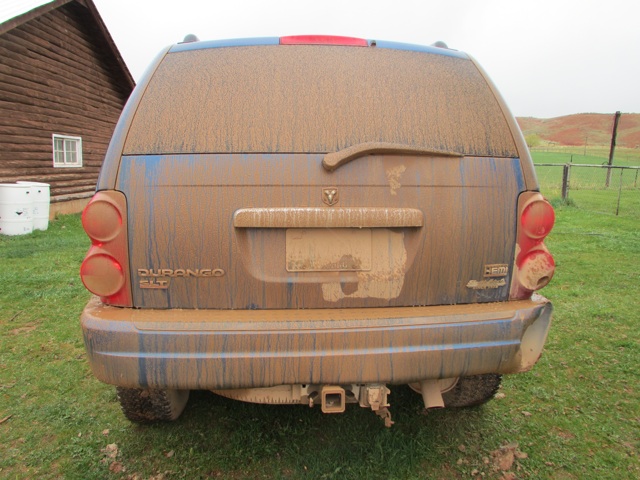 I was encouraged to rush into my house, call my boss’ S/O, and tell him NOT TO WORRY… SHE WOULD BE HOME IN A FEW MORE MINUTES.

We had imagined worry.

The phone was fumbled, the voice, groggy.  I had awakened S/O.  Sharing the urgent message of not-to-worry-she’s-almost-home, got me a yawn and a “Good.  OK.  Bye.”

When I snuck into my bedroom a few minutes later… I received a sleepy “You made it.”

Ah, well… We love you, anyway. 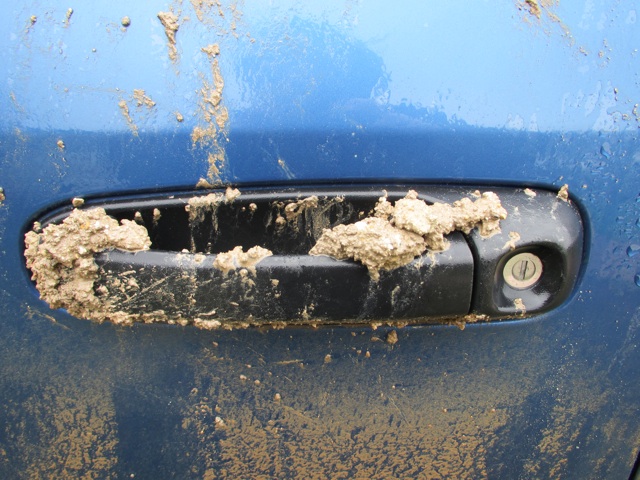