Lucas had a ladyfriend visit today.

Lucas was very happy to see her.
Lucas put on his best behavior and tried to make Phoebe happy.
Lucas flirted the best he could.
Lucas showered her with affection.
Lucas was rebuffed. 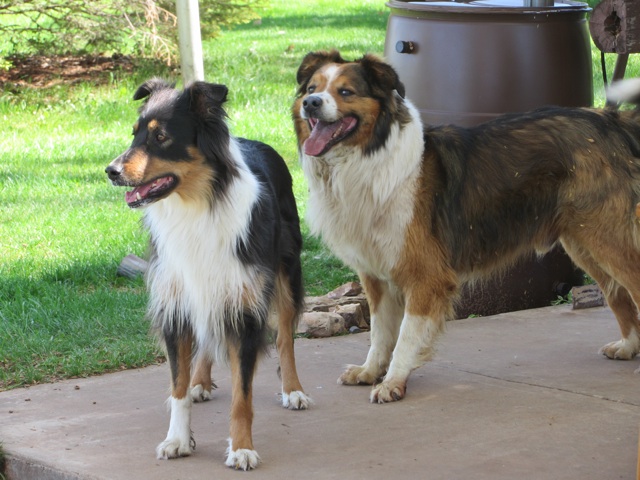 Phoebe was barely flirting.
Phoebe was having fun investigating my yard.
Phoebe’s nose was to the ground with all the new scents.
Phoebe played for a couple of seconds, then Phoebe would continue on her way.
Phoebe was not impressed nor excited by Lucas’ best behavior.
Lucas was sometimes over enthusiastic.
Phoebe would sneer.
Lucas was excited.
Phoebe would give him the eye.
Lucas snuggled and tried to put his paw over her back.
Phoebe was highly offended and snapped and spun around.
Lucas wondered if NO really meant NO.
Phoebe was determined that NO did indeed mean NO.
Poor Lucas.
Poor Phoebe.
Poor owners.
No puppies. 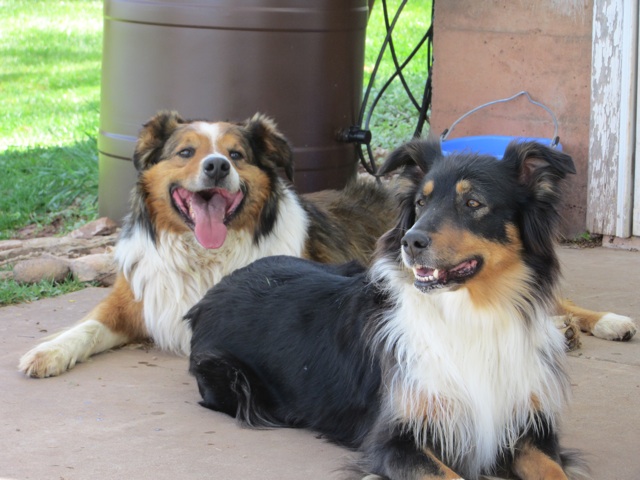