Holy Toledo!  It is RAINING out there!  It’s rained off and on since yesterday afternoon.  There’s snow in the high country, and I wouldn’t be surprised if we had snow in the morning.

Wyoming usually smacks you alongside the head as a simple reminder that Winter Is Coming.  However, next week it’s supposed to be back in the 70’s.

This morning’s commute could have reminded me that Winter Is Coming as well. 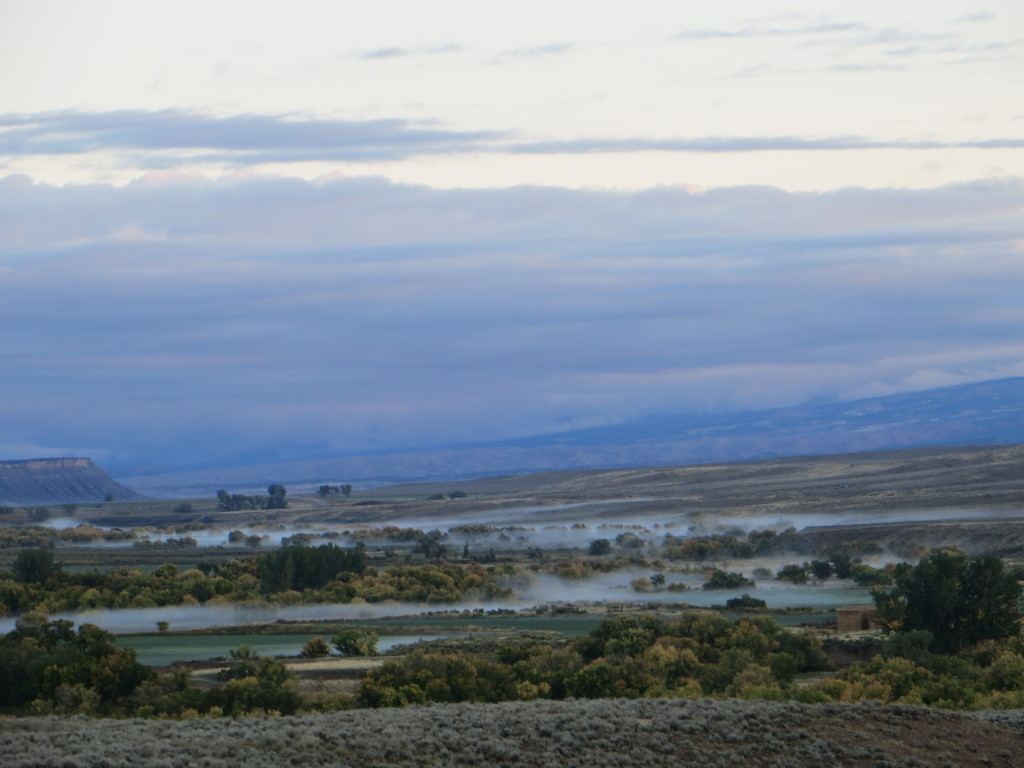 The fog bank lays along the Nowood River, evidence that the air temperature is colder than the water temperature.  It was like this for most of the trip… and if I wasn’t going to work… I would have snuck up on the fog and captured it in pixels.

I *have* to share the latest from my Studio Project.  With Vernon’s help, we prepared for the large picture window the neighbors have donated to my cause!  The window is 5×6… in essence… pretty much my entire wall.

It was such a nice day when we did this… 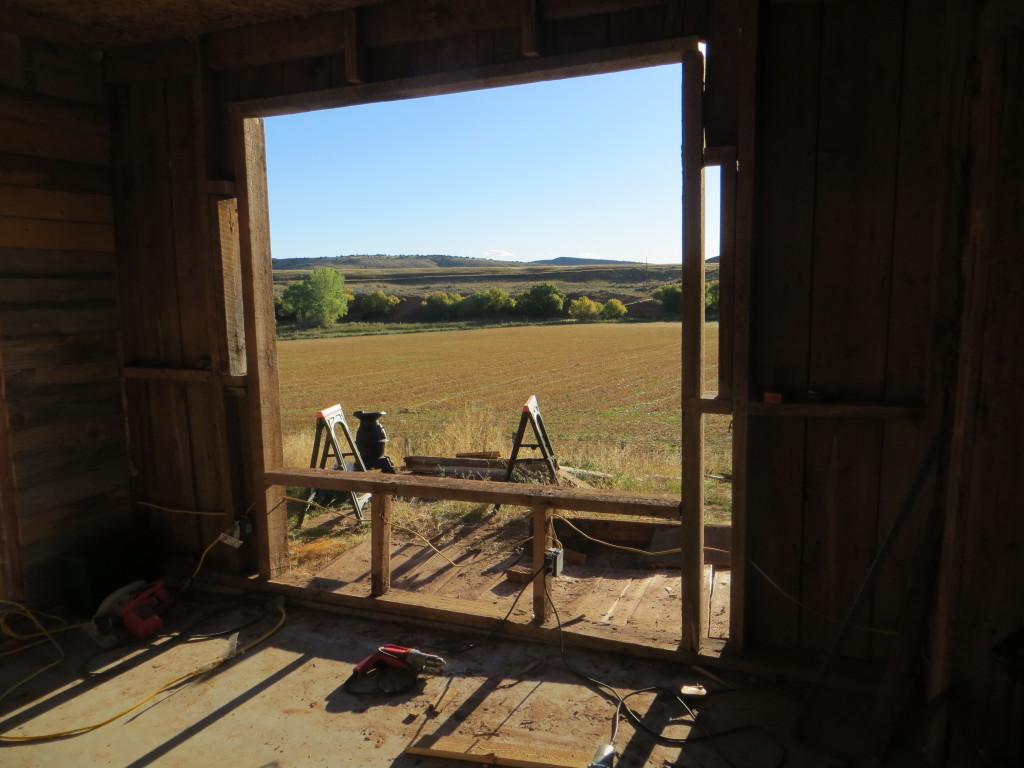 Unfortunately, it still looks like this!  The rain hasn’t come in too far and I’m just hoping the snow is a gentle one without sideways blizzard conditions!

LOOK AT THE LIGHT it will add to my studio! 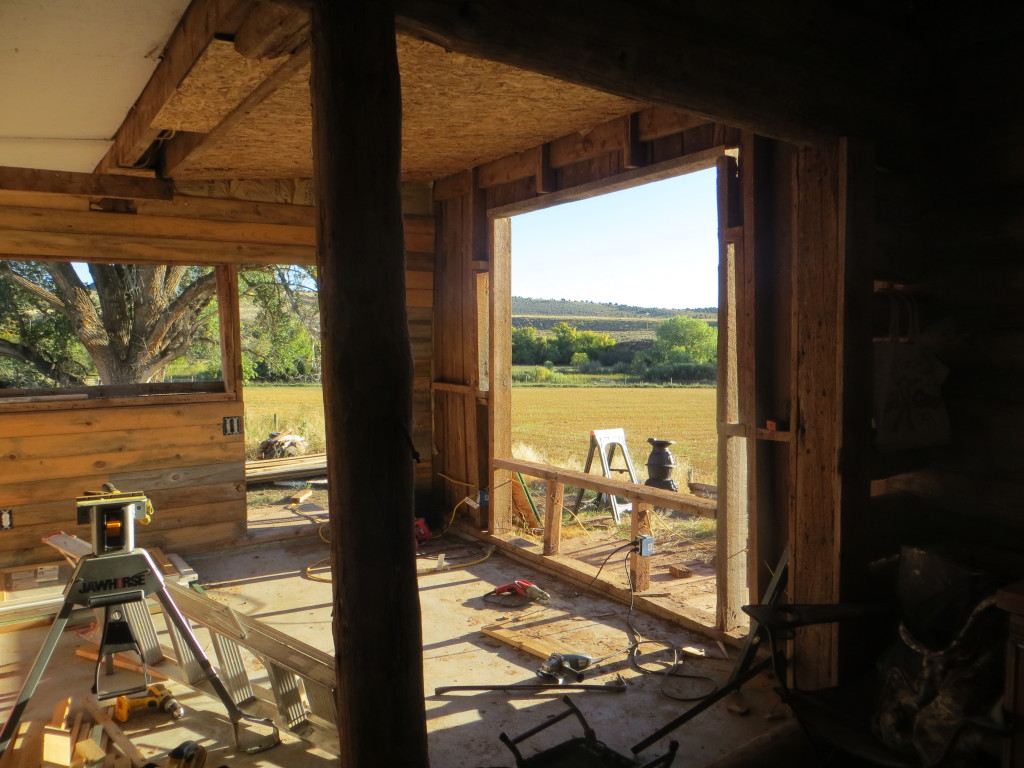 7 thoughts on “Look at the Light”