Well, I thought it was me… fighting and losing the battle for night photography… I thought I was stupid (well, I am with the GoPro!)… but today, after a short discussion with a lady who is a much better photographer than I… I found out that my ISO setting is just not good enough!

It just seems like, if you live in one of the darkest sky areas around, that you should be able to photograph stars!  There are a bazillion stars, the Milky Way glows across the sky like headlights down a dark alley, satellites are whizzing in multiple directions, and airplane lights seem to be so bright as to be annoying.

Surely, SURELY, I could take some kind of nightscape.

I’ve decided to implore some professional photographer to take pity on me and give me a Newer, Better, Faster, More Spectacular, Super ISO powered, digital SLR!  One that would “cure fits, warts, freckles, coughs, colds, runny nose!  Make conception a wonder and childbirth a pleasure!”  Oh, and don’t forget the arm-long lens and remote and case…

Well, it would be NICE… 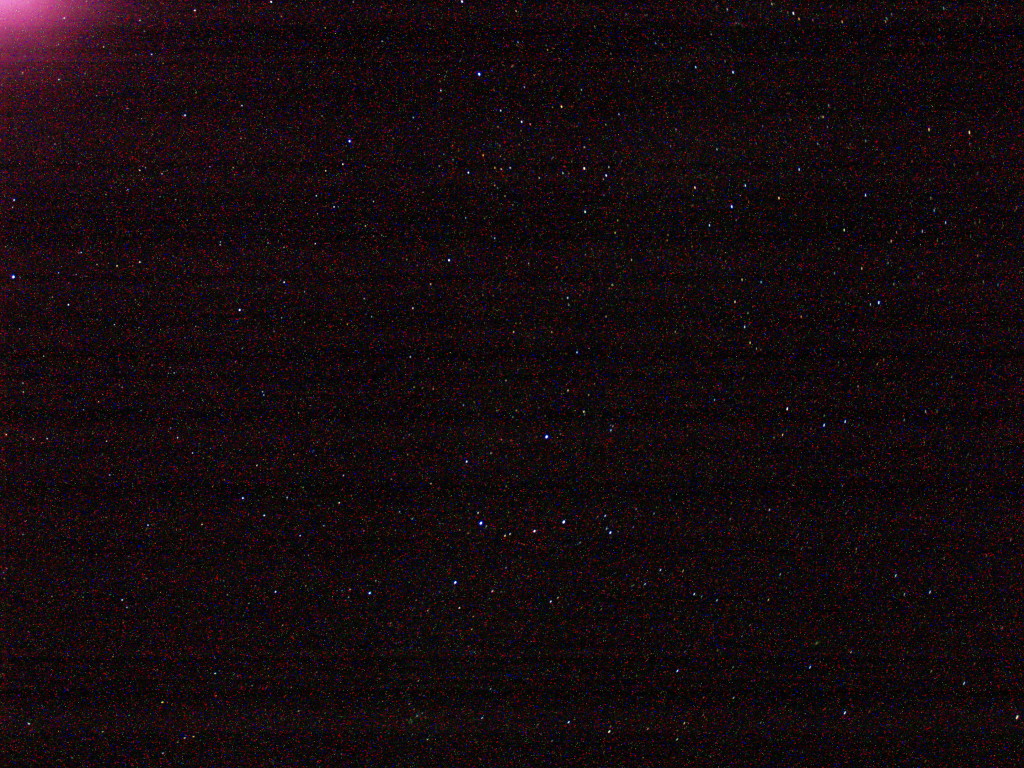 _There’s Cassiopeia in the bottom central area… and that annoying pink “sun” was in all of my photos…  See all those extra red and blue dots?  That’s noise.  Not stars.

So after being frustrated, I played a bit and “painted” my trees with my flashlight… still noisy though. 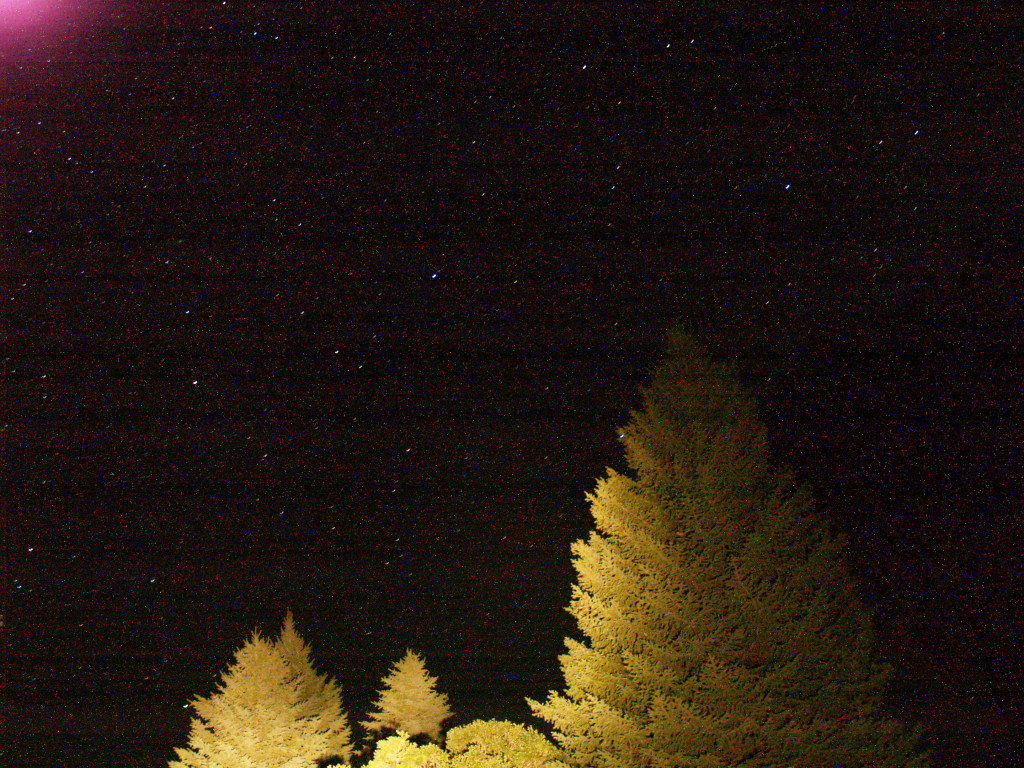 Then I moved my camera towards the North Star and tried to take a long exposure, but it was a failure too, since I have to hold my finger on the button without shaking it.  I couldn’t hold it long enough, and the circular star trails were just beginning…  The light grey area on the right?  It’s the Milky Way. 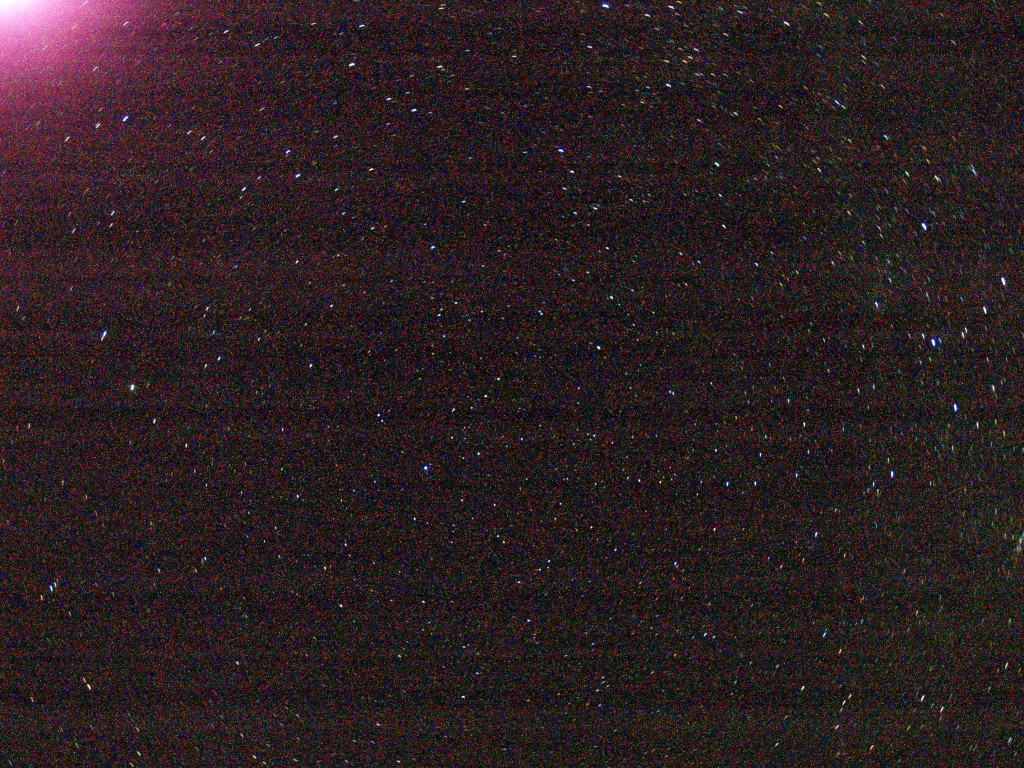 5 thoughts on “The Fault in My Stars”