Better late than never, I suppose.

Although I’ve driven by the Bee Barn and was happy to see bees entering and exiting my three hives, it’s never worked out, either temperature or time-wise, for me to open the hives and do my spring time check.  Until today.

What I found was not good.  There’s worker bees in all three, true enough… but no queen is laying in any of them.  In Beebylon, there were open queen cups and drones and a few brood, so I’m thinking they’ve just re-queened themselves… but she’s not laying.  The other two, Golden Mean and Messopotamia, definitely have no queen.

Golden Mean and Beebylon I gave more room since I had reduced their sizes for winter.  They have enough workers and they’re going about their business gathering pollen and honey.  Beebylon had a couple of gorgeous honey combs already!  Messopotamia, on the other hand, I pulled a bunch of old comb.  It was black and old… prime for wax moths, so that hive I shrunk.  They have many fewer bees as well, so they’re down to about half of what they were. 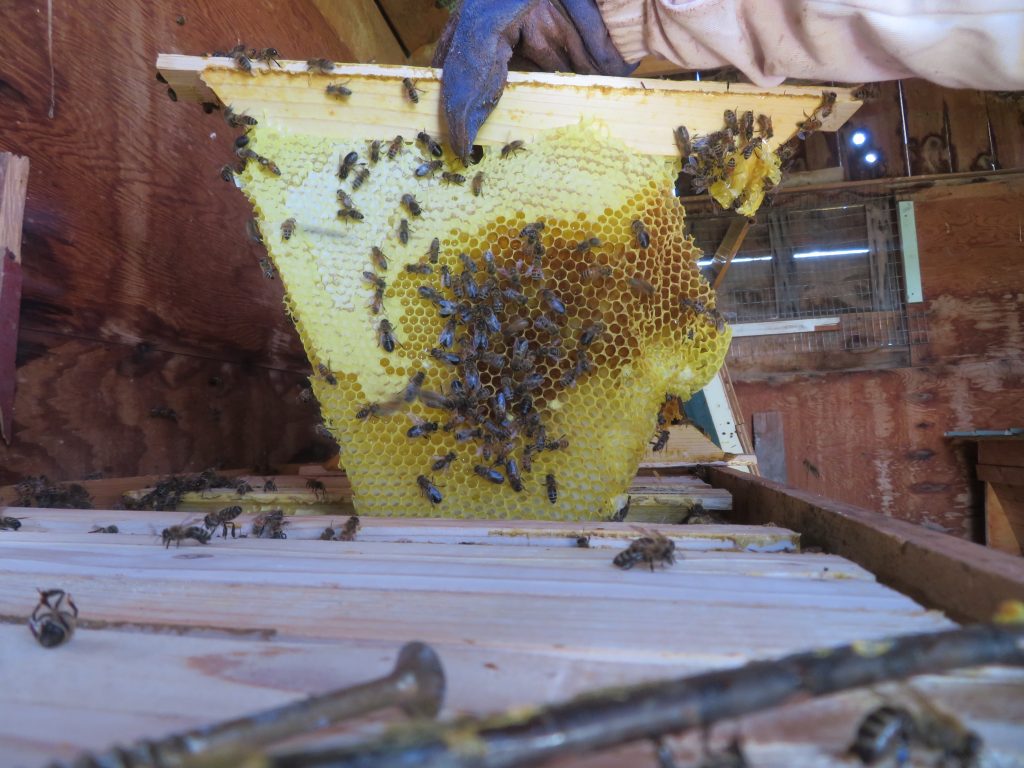 Luckily, Bryant Honey is headquartered in Worland, and I’m hoping they might sell me a couple of queens.  I know for sure I need two… and I may give Beebylon a chance to see if their queen starts laying before I buy one for there.

Oh, what a journey in beekeeping I’ve had!