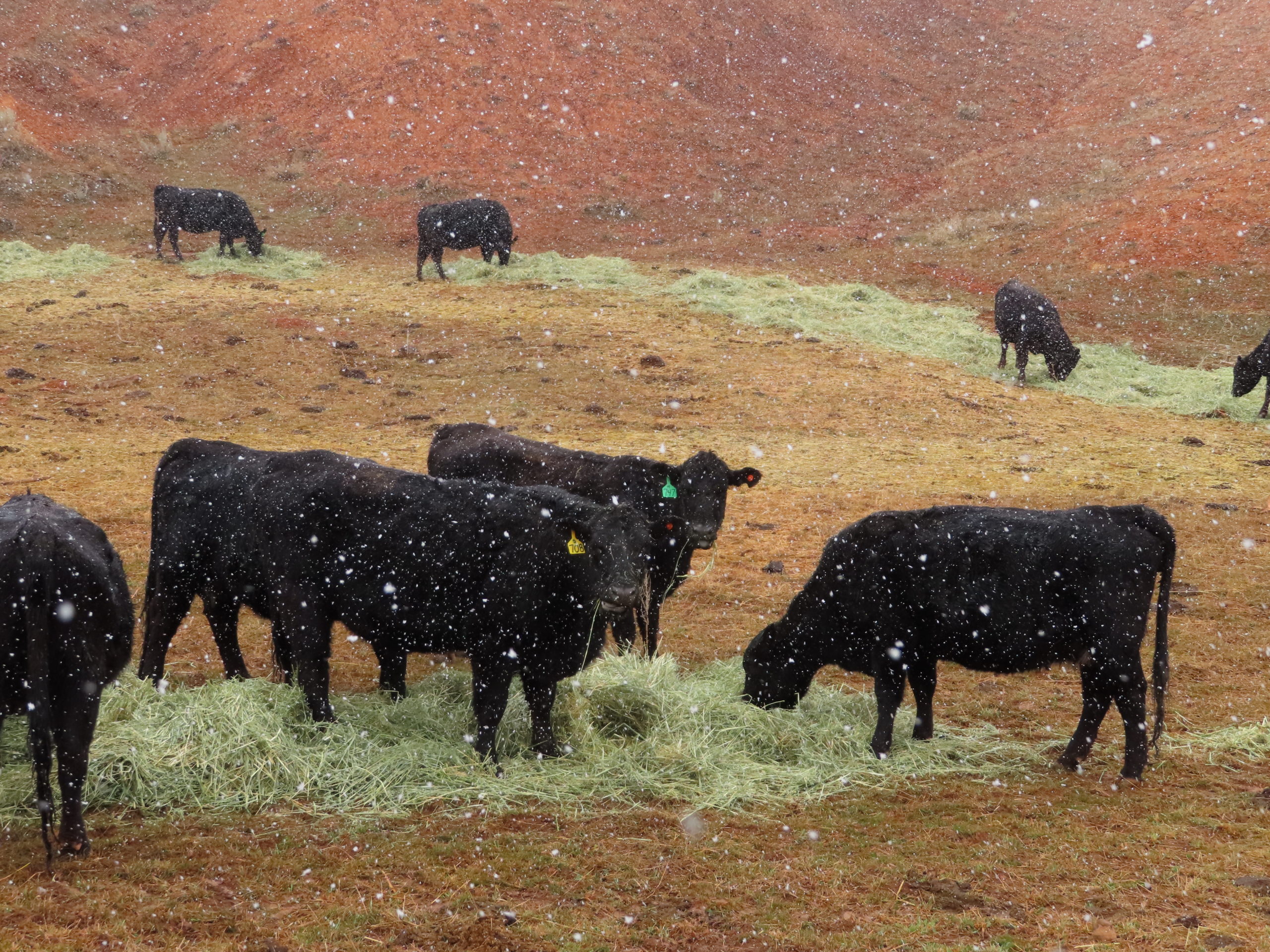 When we heard there might be an April snowstorm, it wasn’t a surprise. It’s not unusual.

So six inches of snow appeared…

That’s Lorelei, heading back to the house after helping me feed the chickens. Do you notice anything between her and I? Well, funny little story on the side… We were headed to the chicken coop side by side, eyes down, watching where we were walking… when we both fell down at the same instant. OK, I fell, she stumbled. I had forgotten that Vernon had dumped a pile of gravel out there the night before. The light was so flat, neither of us saw the 3 foot pile of gravel we fell on! She’s cut through a small section in the middle of two larger piles in this photo. I’m not kidding, I couldn’t see the pile until I fell on it.

Anyway. Back to the storm. Snow isn’t bad. Last evening, however, the sky cleared off. Clear means cold. It was -3˚ this morning.

Last night, too, I had mentioned my kitchen sink wasn’t draining well. Vernon had wrestled with this before… he banged around downstairs some, and told me to run water all afternoon. He went to check on his cows.

Come to find out, when the clog *isn’t* cleared out, but you think it is, and you run water all afternoon…you flood your basement.

I don’t know how many buckets I hauled out. My butt is really sore from either the bending over scooping water into a five gallon bucket, or hauling said buckets up the stairs and outside! Too much information? Sorry.

Vernon has finally agreed that when we get rich… (haha) we will dig up the drainpipes (1952 originals) and rework the downstairs bathroom. I’ve wanted to do that since we moved here! Now to get rich…

3 thoughts on “Get Rich”