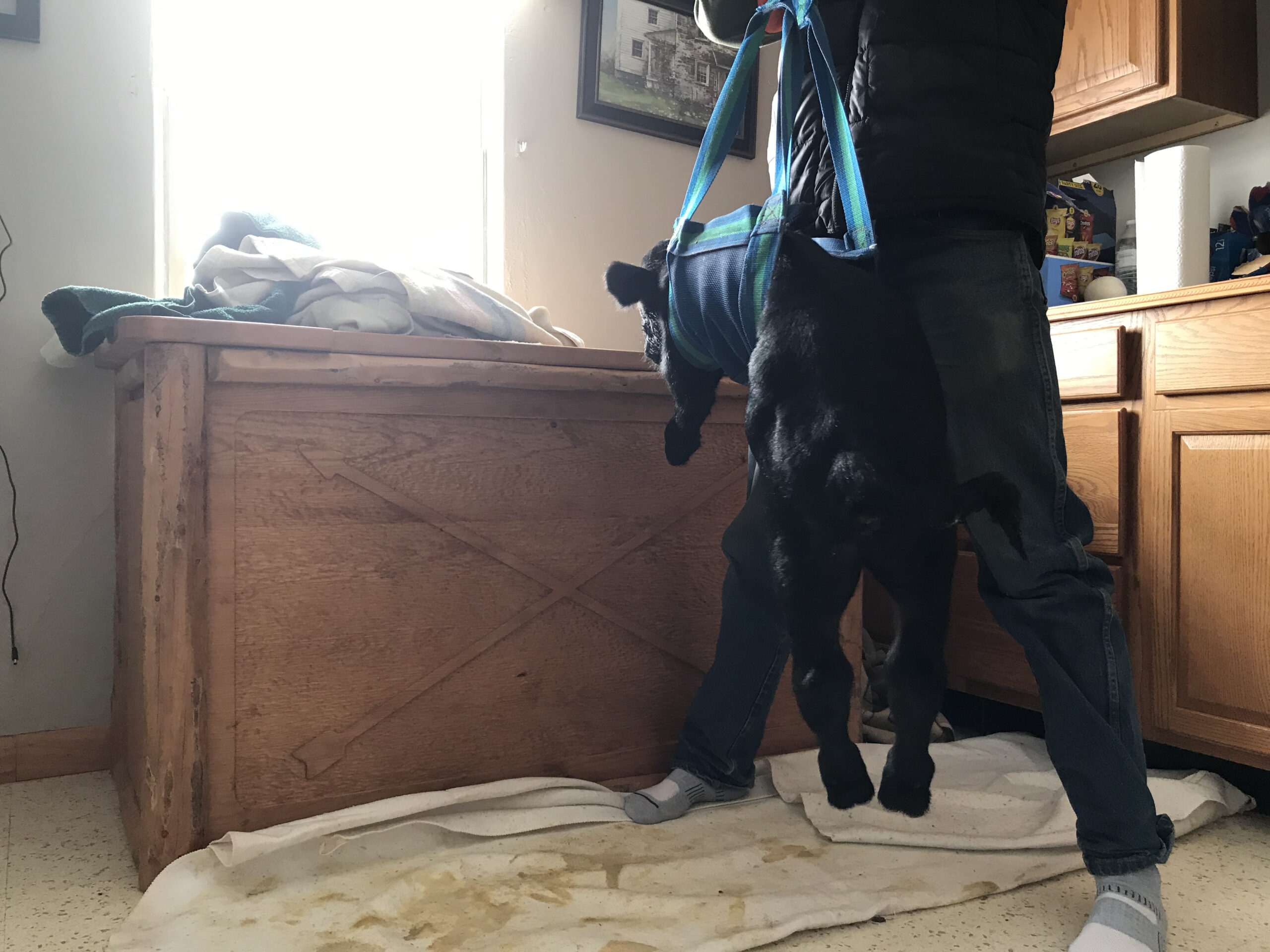 He’s still around… each day gives him more of a chance.

I visited with my vet, The Good Doctor, who enlightened me about some things about preemie calves. His recommendations were to try some steroids, which help with the development of his GI tract and organs. As a preemie, it is hard for his gut to work efficiently yet. Valentino has a great deal of liquid in his abdomen, which could be some amniotic fluid which will eventually be absorbed by his body. Keeping him safe from any bugs which could attack his gut and bring on scours was another concern. He will have to go back to the barn and pasture fairly soon… my house is getting to smell more like a barn… He can’t get traction on my floor to stand, and dirt would be the best to strengthen his legs. He doesn’t seem to have problems regulating his temperature, so with a bit of supplemental heat he should be fine. While he doesn’t suck or stand, he’s at a big disadvantage, and can’t be put directly back with his mom, and we will try to see how she acts around him. The Good Doctor thought a week would see a marked change in him as he nears his expected arrival date. He also warned me that I can put many days into him and he can still not make it… which I know. I’m also on the hunt for goat’s milk, which, surprisingly, is more easily digested than Valentino’s own mother’s milk.

I’m eager to try the veterinarian’s expertise. Honestly, I didn’t expect Valentino to make it this long, but every time I saw him perk up, I just hoped he would! The past couple of times I’ve checked on him, he’s just laying there contentedly, looking like a healthy calf with legs tucked under him.

I don’t know when we will move him to the calving shed, but I will continue to update everyone on my Valentino!

4 thoughts on “Hanging In There”