“English Shepherds have been bred for generations as all-purpose, working farm dogs. Their responsibilities have ranged from herding and protecting stock, to dispatching vermin, guarding the home, and watching over children.”
That is a direct quote (my italics) from The English Shepherd Club website (www.englishshepherd.org).  If you’ve read my blog for any length of time, there are multiple entries on the work my dogs do.  Elsa was caught in the act of eating a tree in order to reach some unidentified prey on this entry.  The other day, I was out photographing some Cat work we had done, as in Caterpillar – a HUGE Caterpillar.  But, my 3 shadows were along and I never can resist capturing them in action.  Under some large cottonwoods with tons of leaves on the ground, this was the scene. 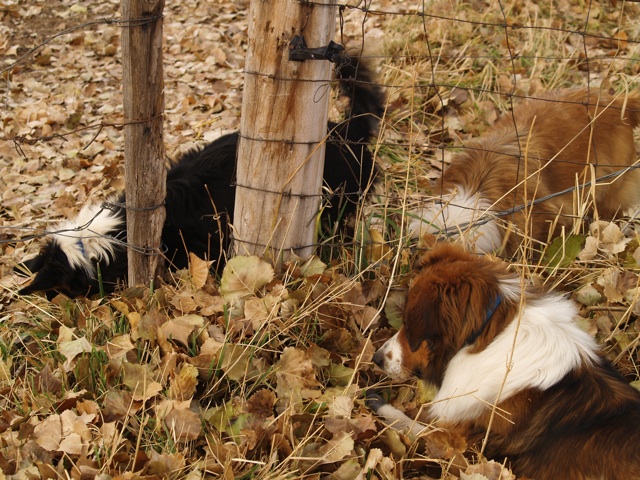 Elsa and Dally burying their noses in the millions of scents that must lay beneath leaves.  Lucas is there too, though unable to dig with his wrapped paw and disliking an uncomfortable crouching position, he often resorts to watching until the action happens.  Wish you could hear this as well… the “snuffle snuffle snuffle whish” as they inhale and then sneeze!  The scratching and clawing through the soil as they follow a trail.  But sooner or later this happens. 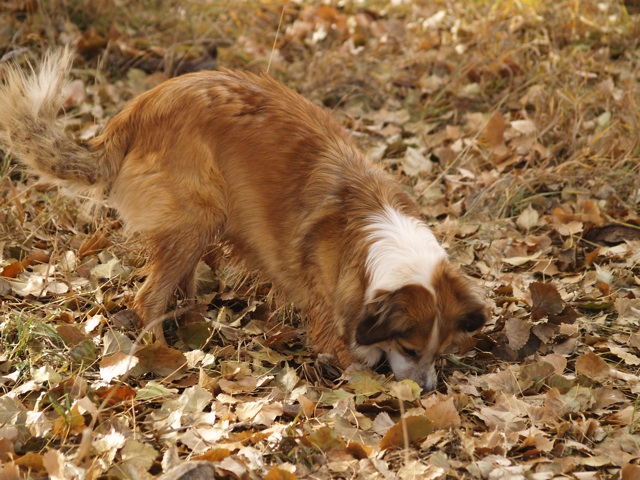 The stance.  The intensity.  Elsa is onto Something.  My advice… that Something better watch out!  Within seconds… 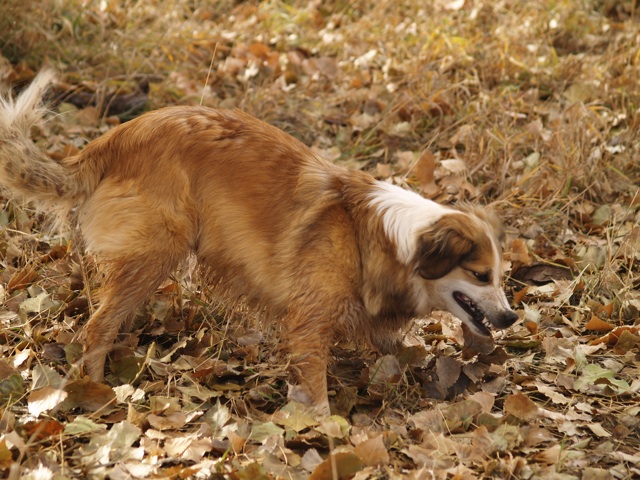 With the technique of a robin after a worm, Elsa pulls Something out of the ground and crunch! It is over for Something.  Eeeew. 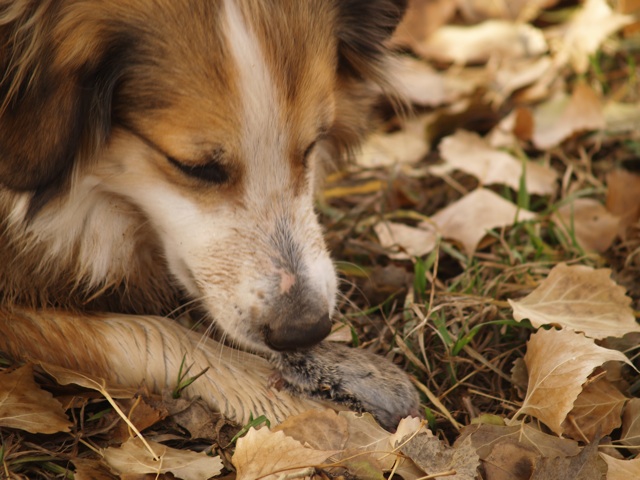 As all good hunters know, it is a VERY GOOD idea to make sure your prey is DEAD DEAD DEAD.  Eating Something that is still alive makes for uncomfortable swallowing. 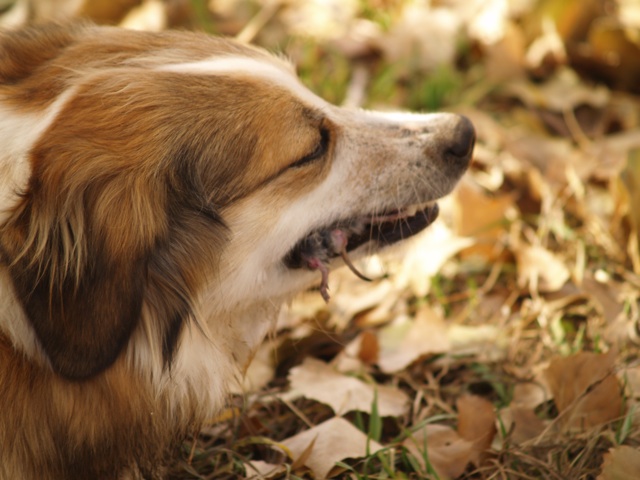 Just to increase the “eeeew” factor, I had to include this pic!  That little mole/vole/critter/Something should have been faster.  Because Elsa is a huntress.  She excels at “dispatching vermin”.  I can’t put her on a diet, because she does this.  But, in my book, that’s OK.  It is part of who she is, and what more can we ask of our dogs, but to just be what they were created to be.
Find me here!