If you’ve ever been around dogs, i.e. bred dogs, you’ll know the “moody blues”.
Lucas is that moody dog.
The one that lays outside of the girls’ kennel when they are penned.
He mopes.
I think his lower lip ACTUALLY sticks out in a pout.
On occasion he howls.
Not a coyote howl… a pitiful… I’m*here*and*ready howl.
He whines.
A whimper here…
A woowoowoo owwwwrrrrrrr humph whine.
He shifts positions.
Up, down, circle, down, up, tail wag, down, tail wag, up.
He eagerly awaits my movements (even more than usual) because I MIGHT let the girls OUT of the kennel where he has lined up candles, soft music, a fire in the fireplace…
He watches Boomer CLOSELY… even attacking him one day…
because…
because…
Boomer can do “it” and not make babies and Elsa and Boomer sneak off and do “it” in the trees out of sight of Lucas and I’M not gonna tell him…
You get my drift here?
Lucas wants to get lucky SO BADLY!
I lock up the girls and try to take a walk.
We make it to the top of a close hill and he’s done.
He’s NOT going further.
He’ll pose and put up with my demands in the fading light… but, BY GOLLY!, he’s NOT going to leave his girls ALONE in that kennel WAY over there BECAUSE HE IS A STUDLY DOG AND NOT PRONE TO ABANDONING HIS DUTIES!
GOT IT???
SOMEONE (read Other Dog) MIGHT MAGICLY APPEAR AND HE MUST DEFEND HIS DAMSELS SHOULD THEY GET IN DISTRESS!!!!
CAN’T YOU UNDERSTAND ME???
My 30 minute walk shrinks to 15, 5 of which was spent snapping quick shots in the blue twilight…
He refuses to go further.
I refuse to let him return home unsupervised.
You never know when that paw of his might be healed and he might decide to DIG under the kennel! 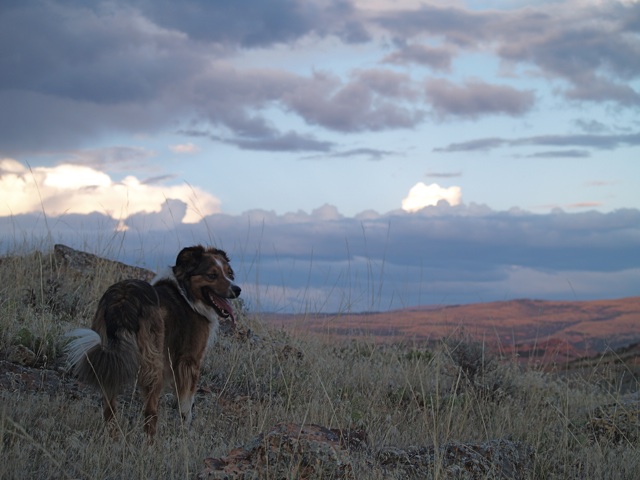 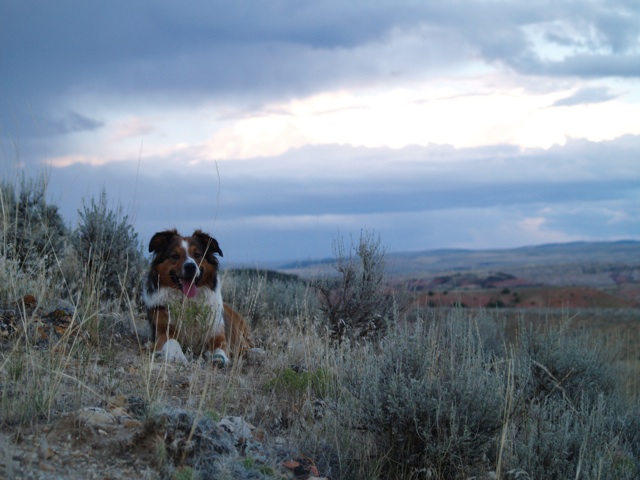 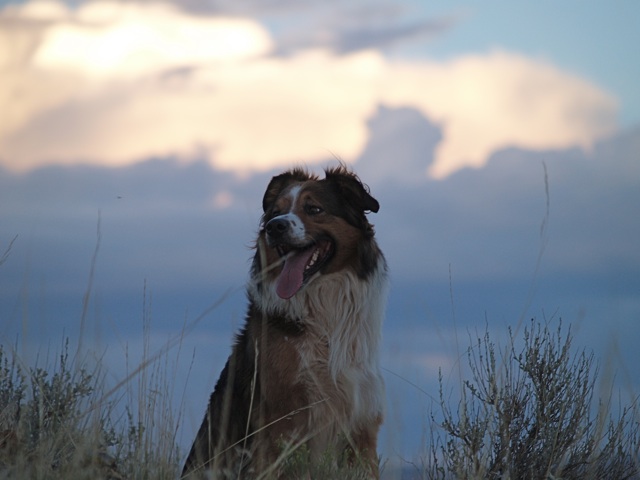 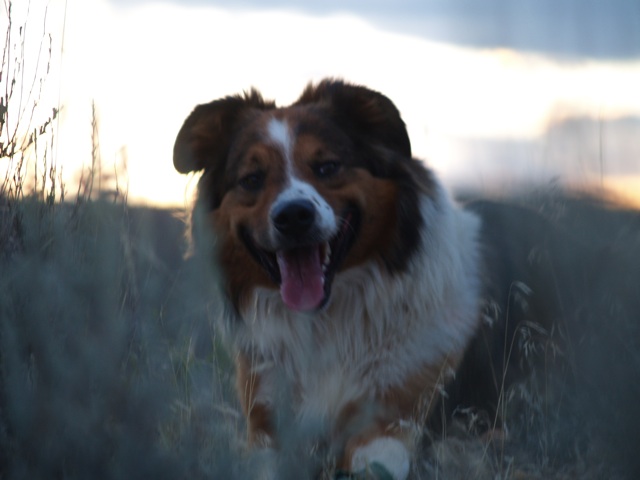