I had three pups leave today… 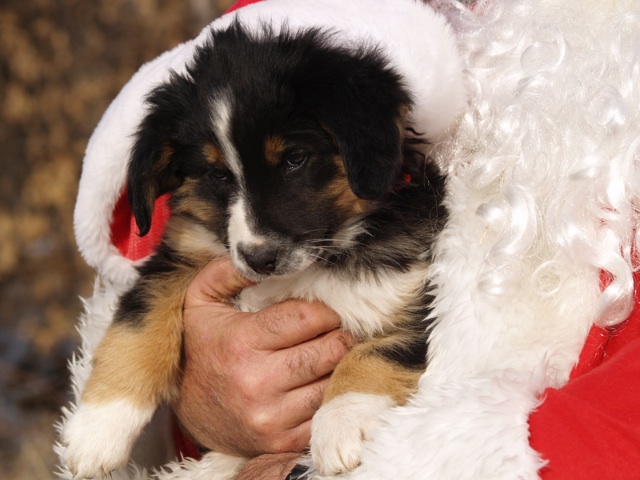 Toffee goes to Arizona with Ginny and Tom Baker.  Ginny says her cows regularly put them on the fence and she wanted an aggressive female.  Toffee is that!  Continually in dispute with brother Pate for Alpha position, Toffee is in the lead to do it all!  She has great looks and I expect her to look much like Dally when she grows.  I expect her to rule the roost and be in charge! 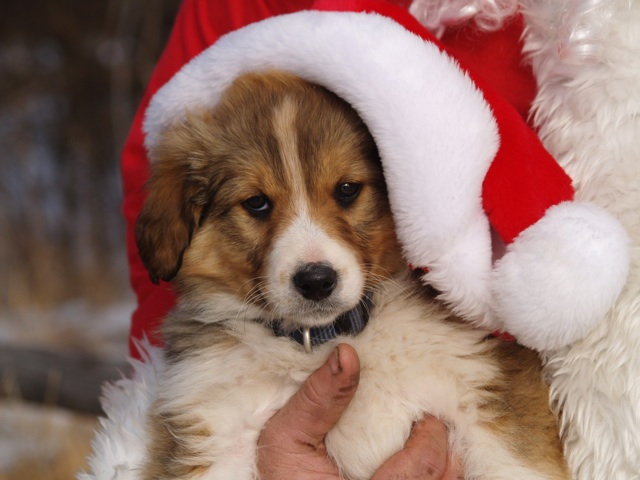 Bogie is off to Othello, Washington to join Shane Russell, his wife Sandy, and young son.
Shane wanted help with moving cattle, but a dog that’d go along in the tractor as well.  Bogie can handle that life!  Not as aggressive as the other males, Bogie is polite and observant, but far from being shy!  He seems to watch what you do, and take his cues from you.  Like most English Shepherds, his major focus will be his master. 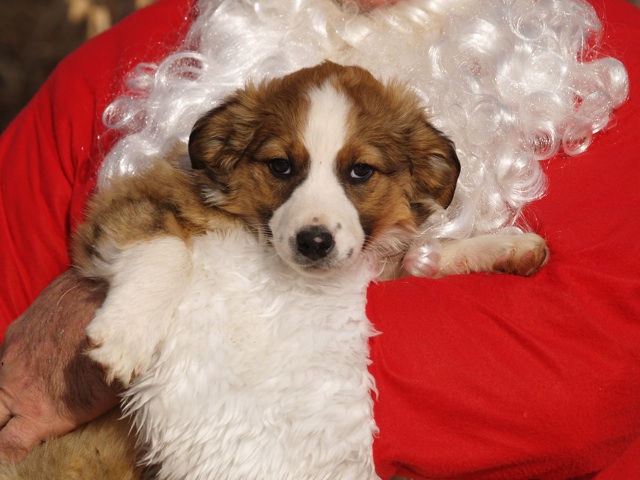 Sprite is headed to Boise, Idaho to live with young Marin Stanger and her family.  Marin wanted a companion to go running with as well as horseback riding and possibly joining in the fun of agility.  Marin has her parents and siblings to keep Sprite busy as well!  The Stangers have lived the past two years here in Ten Sleep and are sad to have to leave, but promise to come back and visit… perhaps with Sprite in tow!
The six remaining pups will leave after Christmas… so you’ll get a few more pup photos before they leave!
I wish the best for the pups and their new owners…
Find me here!