Today was a glorious day!

Pretty…
Clear…
Sunny…
Perfect for a winter outing… so we took one!
Located on North Buffalo Creek perhaps 12 miles due west of this place is the Dugout. 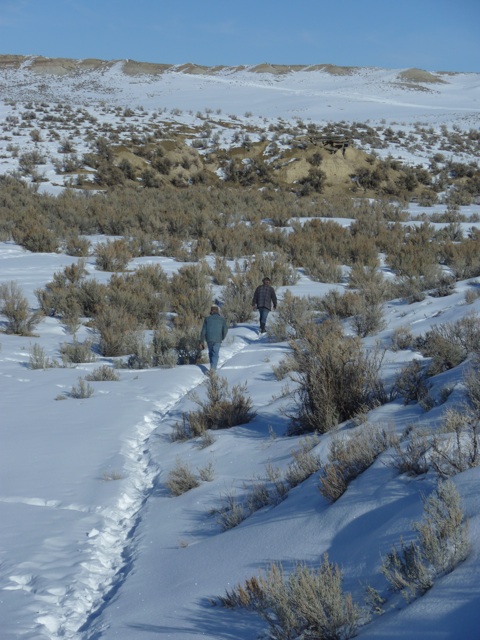 (Johnny and Vernon hiking to the Dugout ruins)
Known to all local cowboys of the early days, the Dugout was a well used stopping point to rest weary bones and horses and cattle.  Greets used it on occasion, should they decide to trail cows to Worland, or chase bucking horses through the Badlands. 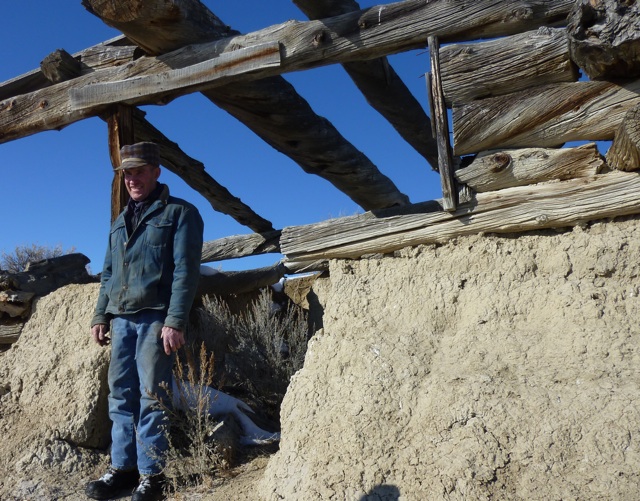 (Johnny standing in the doorway of the Dugout – note the size of some of those cedar logs)
One time, Vernon’s Uncle George and Uncle Jim trailed some 40 head of dry cows by here in November.  Winter had come early, it was very cold with six inches of snow on the ground.  The first night spent at the Dugout was a night of comfort thanks to some CCC (Civilian Conservation Corps) guys camped there building a reservoir.  They were fed well by those CCC boys. 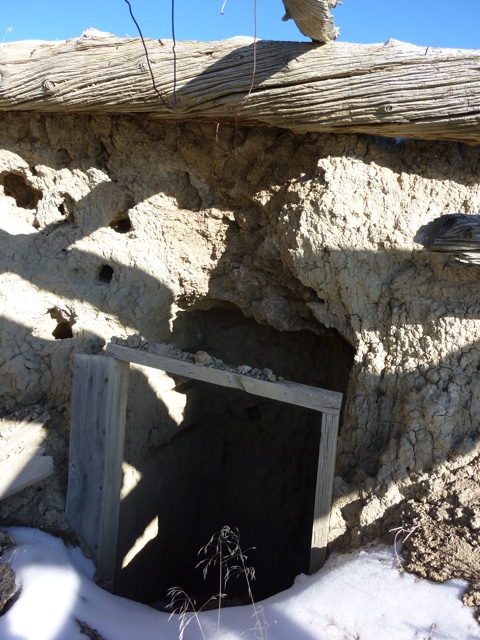 (Inside the Dugout was a “storeroom” refrigerator… of sorts)
The next night was to be spent at Spratt’s camp, where usually there would be some cowboys holed up.  The cabin was empty.  George and Jim’s Uncle Fred figured the cowboys would be there, so he decided not to meet them with provisions as originally planned.  Being teenagers at the time, the boys were starving, plus the temperature that second night had dropped to -20.  Searching the cabin high and low, they found one can of condensed milk and some popcorn.  They shared the milk and popped the corn and settled in their chairs by the little wood stove.  There was no bed.  Waking off and on throughout the chilly night, they kept the fire going.  Finally restless and cold, they decided to hit the trail with their cattle and ride by moonlight.  Alternately walking to keep warm and riding to cool off… they set off for Worland. 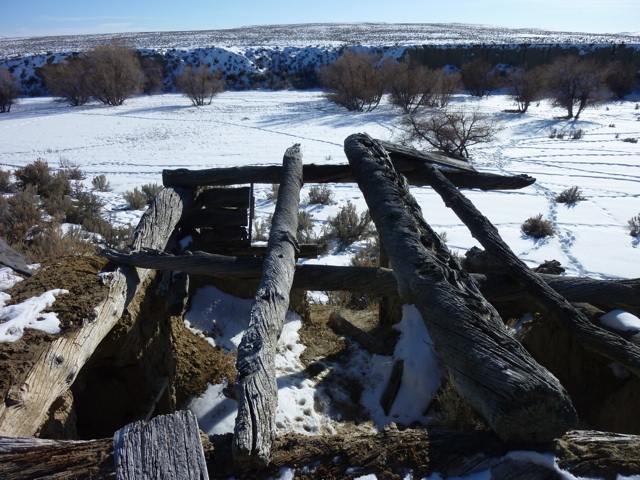 (Looking down on the Dugout roof and through the front door and window)
After munching on the popcorn all morning, they decided finally to leave it for the birds.  Arriving at the destination corrals, there was still no sign of Uncle Fred, so they took off on foot to walk the last mile and a half to town to find a meal.  Just outside of town, Uncle Fred showed up, learned their story, then bought them a meal and a hotel room!
The stories this place could tell… 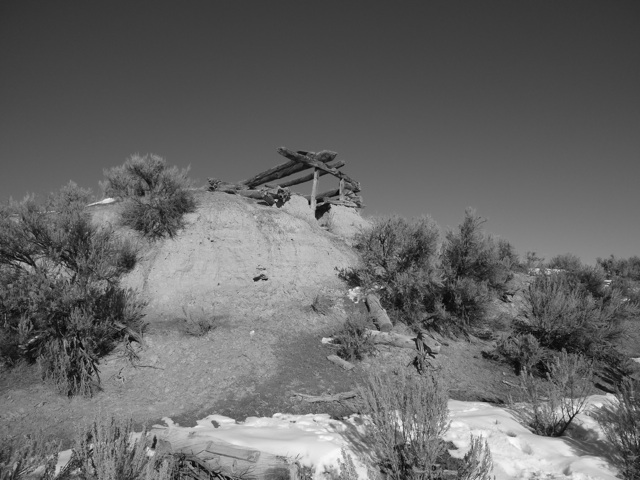