You know these guys… the main players of Rimrock English Shepherds… 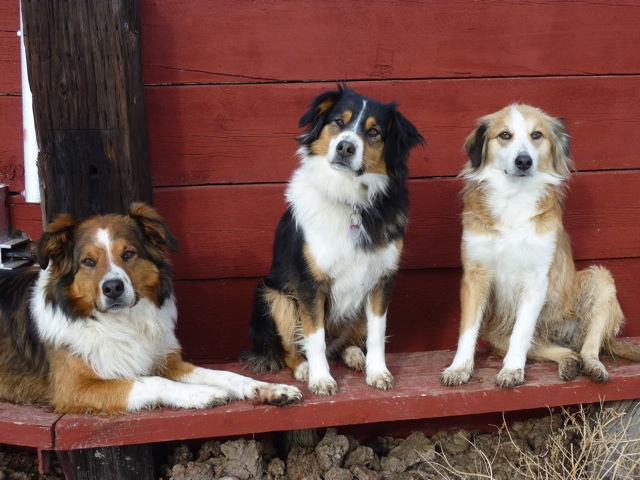 Lucas.  Dally.  Elsa.  Or what my family calls them… “The Brown Dogs”… a reference to their sable color – even though we know Dally is a tri – a small detail to my spouse and children.
Then there is “The Black Dog”.
Boomer.
Australian Shepherd. 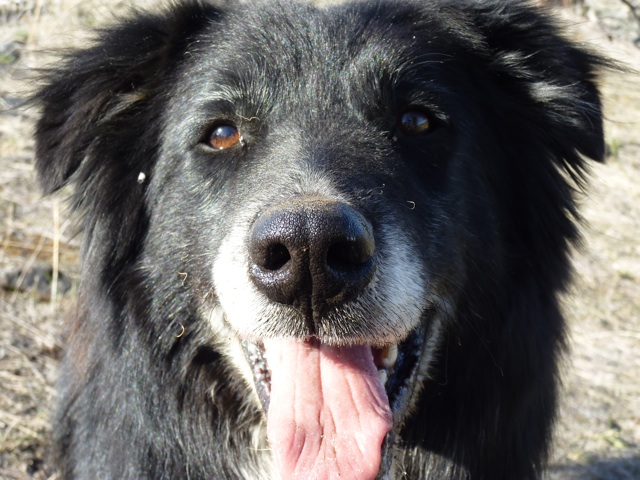 Boomer suffers from OCD.  He chases sticks.  All day.  Every day.  Well… so long as someone will throw a stick for him.  Or he’ll chase bubbles in water.  Or he’ll chase water from rainbird sprinklers.  Or he’ll chase rocks or manure or ice chips or frisbees or balls… whatever someone can throw.  If there are cows around and someone throws a stick… he’ll forget the cows and go for the stick.  Which can come in handy if you throw a stick behind a cow… she doesn’t know Boomer is going for the stick and not her heels!
However, someday it will be the end of him.
On our picnic the other day, before we paid enough attention to the smoke chasing, ash chasing fool… he ducked *into* the flames in pursuit of something.  He’s never done that before.
Look closely.
The Black Dog singed his whiskers.  They curl along his muzzle, each a testimony to his disorder. 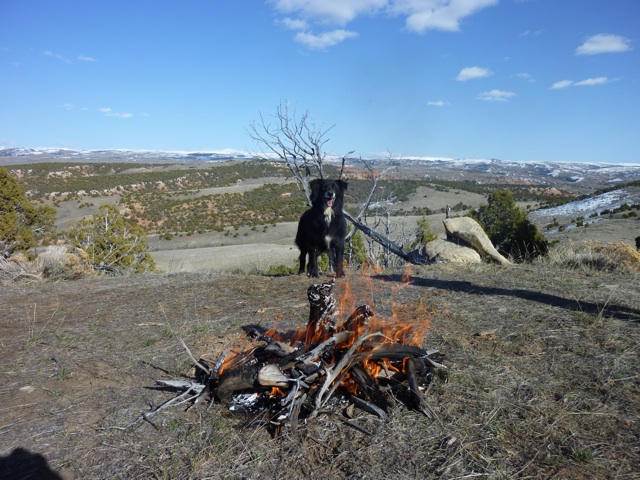 “Excuse me, ma’am… You said the forest fire started *how*?  Your *dog* caught on fire and then ran off?”
Oh, Boomer… sigh…
Find me here!