After a couple of days of dismal weather, you couldn’t have asked for a better setting.  Today was absolutely gorgeous Wyoming weather!

Which was helpful, since we were trying to take the big bunch out to the hills.
Since my little Panasonic camera is now kaput, I resorted to my OOPE style of photography.  For those of you new to my blog, I used to stick my camera in my pocket, hang on to it, and push the button whenever I hoped it was pointed in the general direction of some activity.  I named this Out Of Pocket Experience.  Many of my old entries are titled “Sorting OOPE” or similar tags.  I then upgraded to an old fanny pack with the lens cut out… much handier than having to wear a coat with a pocket, especially on nice days like today.  It provides insight into our activities, but you often have to tilt your head or peak around Panama’s head to see what’s going on!
And so, let’s look at today.
Panama says, “Hi!” 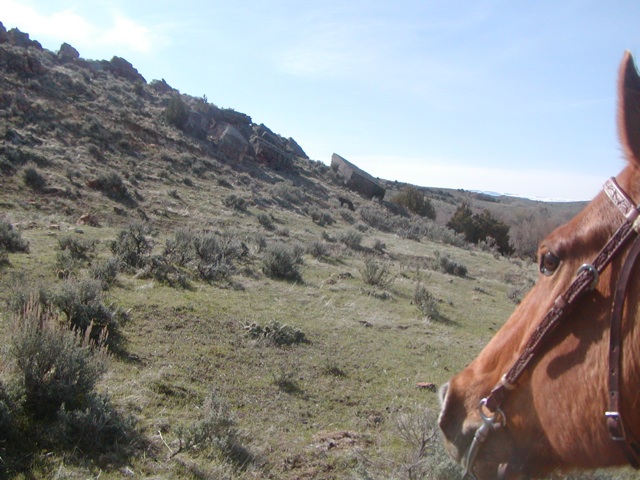 The Nowood has, thankfully, dropped about a foot… leaving a muddy silt deposit as its calling card… 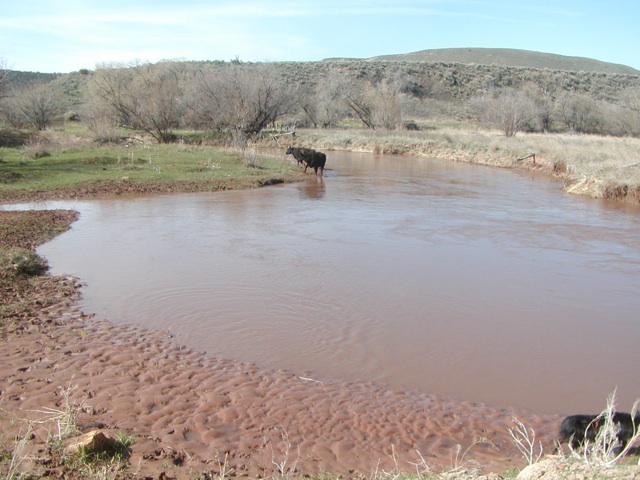 Dally was dog of the day… I barely managed to get a photo of her.  She did awesome multiple times, but I sure wish she’d SHUTUP most of the time.  Boomer eggs her on in that regard, but he never gets left behind.  Sometimes she’ll be real quiet and sneak and get a hold, then other times she’ll stand there and BARK and I could pick her up and shake her!
To answer Anna’s question from the other day, the dogs bite, but rarely break through tough cowhide… they have to be quick to duck the kick that follows! 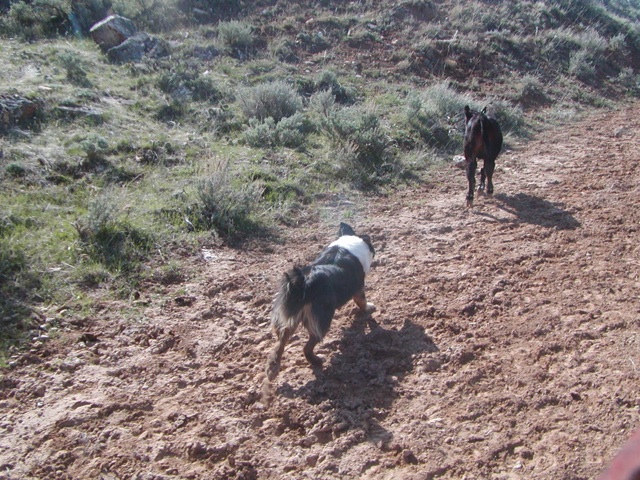 Who IS that guy in the cowboy hat?  Wow.  Yes, folks, for the first time since he was 6 years old, Vernon is wearing a cowboy hat… He is using it for its sunscreen benefits… the baseball caps leave his ears unprotected and they’ll burn all summer long.  Frankly, I’m a sucker for guys in cowboy hats… and I think he looks awesome! 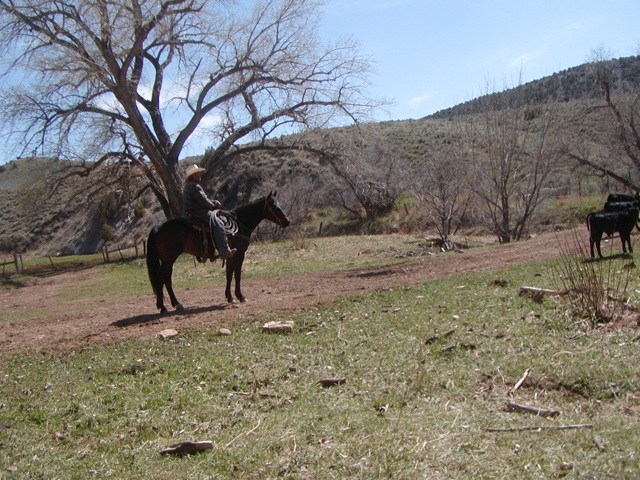 Over the hill onto Bruner Flat… tee-hee, I REALLY LIKE THE HAT… 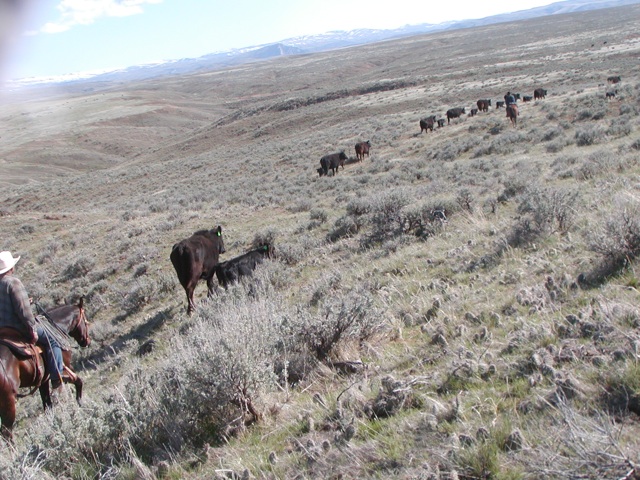 Johnny jogs out looking for one misplaced calf… which we found shortly afterwards.  Some of the heifers and steers we’ve brought out before are also in the photo… 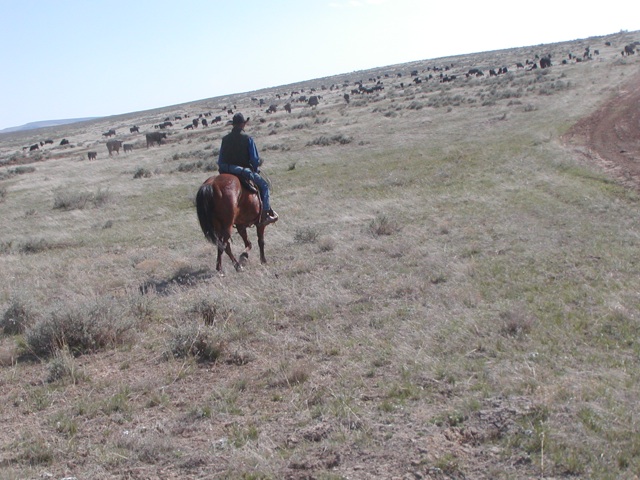 And my fave of the day…
Heading home towards the Big Horn Mountains… and Panama is ready to go! 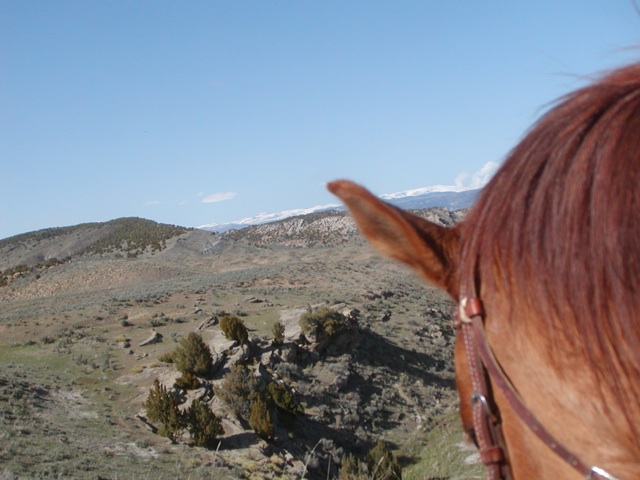