We had a little ceremony here on the Greet Ranch yesterday.

Even the reporter from the Northern Wyoming Daily News in Worland made it over. 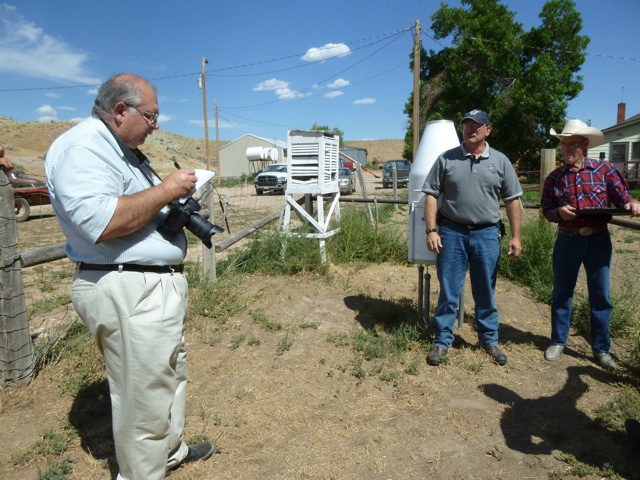 Seems as though my father-in-law, John, received another award for his volunteer weather observation.  He’s received the Jefferson Award and John Campanius Holm award previously.  This time it was the Dick Hagemeyer Award for 45, yes, I said FORTY FIVE, years of service! 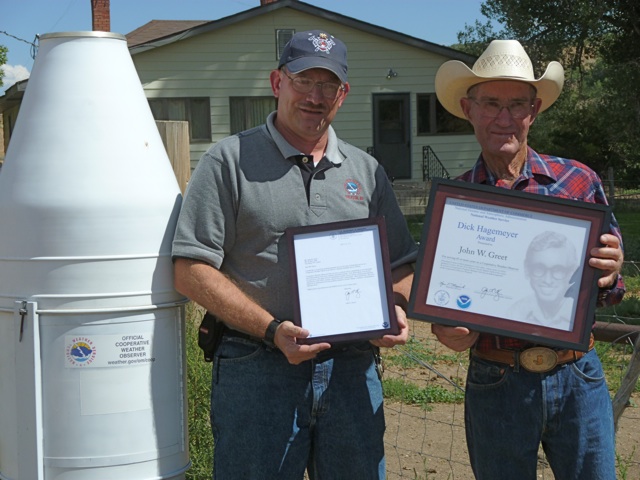 That means every day…
every day!
…John has recorded the weather.
Maximum temperature.
Minimum temperature.
Rainfall.
Storms.
He used to have to write in all down in a special notebook, now most of it is computerized. 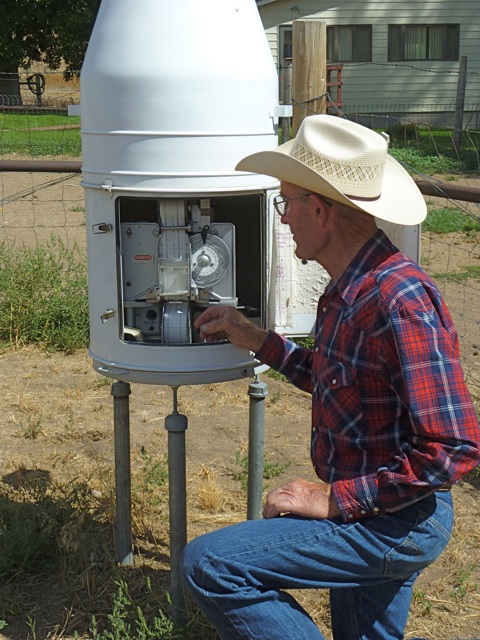 This machine punches a hole every 15 minutes in the white roll of tape to record measured precipitation.  As Vernon said, “It’s punched a bunch of dry holes lately!”  It should be updated in the next year or so…
When his readings get posted on the internet… it looks like this…

That’s Johnny… the TENSLEEP 16SSE…
We’re proud of Johnny… his dedication is impressive! 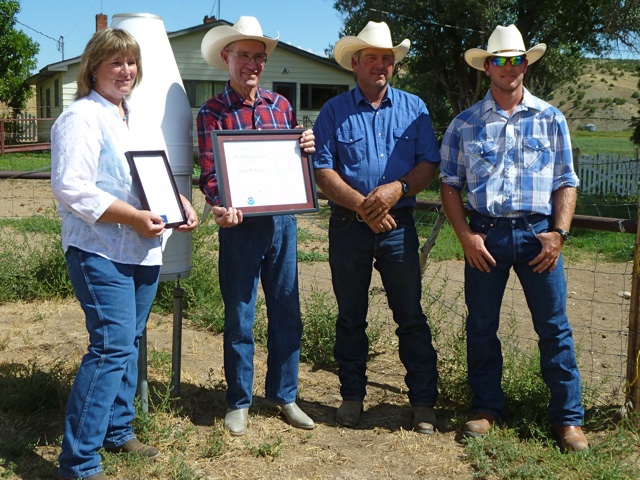