We were headed to the Mills place about two this afternoon, it had rained a bit and we couldn’t cut hay… and I’ve been working on the bathroom up there quite a bit on my own.  Today, the guys were going to lend a hand.

As I headed out my door, part of a ominous black cloud was showing above the hills.  I decided to take the long road around, one that gives you a great view of the Big Horn Basin.  Time to take a photo!
I quickly saw that one frame would *not* hold this enormous cloud.  I took four photos to get the entire cloud!  I felt I shouldn’t crop it either, that would “tame” the impact.  This storm was HUGE.  Yes, I inserted it larger than usual, hoping you could see it better!

Right then, the emergency warning system honked through the radio.  “This is an emergency announcement from the National Weather Service in Riverton.  A severe storm warning is in effect for Washakie County near Highway 16.  Winds of 50 mph and pingpong ball sized hail will be in Ten Sleep at 2:10, Ten Sleep Canyon at 2:15…”
Whoa, baby!
I left the hilltop, thinking a lower elevation might be safer… Ten Sleep is 17 miles away, but this thing was BIG and FAST.  I met Vernon and Daniel in the pickup, they’d turned around and come back to see the cloud when they heard the alert on the radio.
I couldn’t stop taking photos…  I’m looking north up the highway, right where Ten Sleep lays… 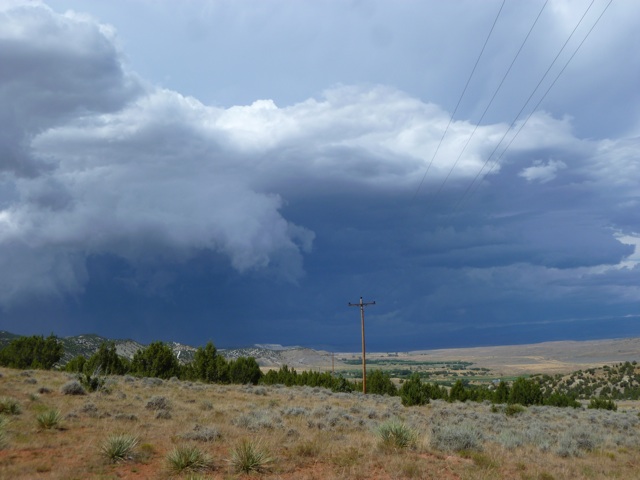 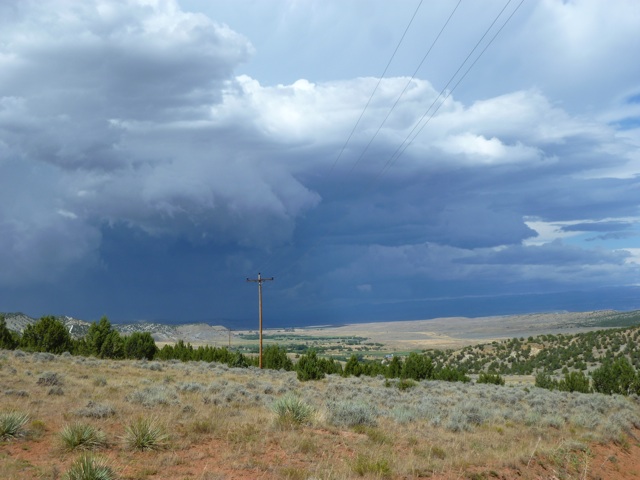 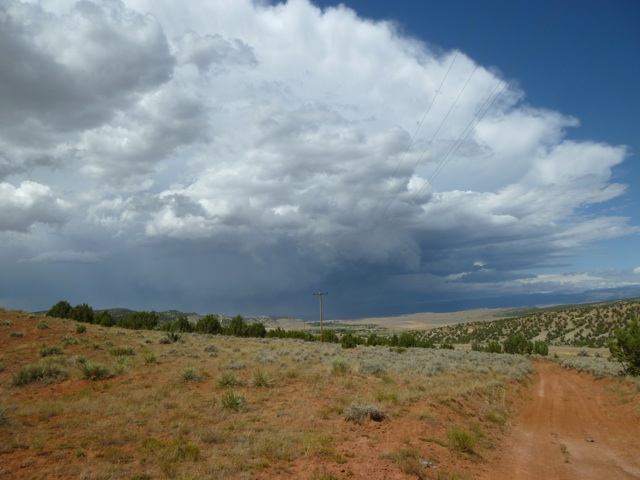 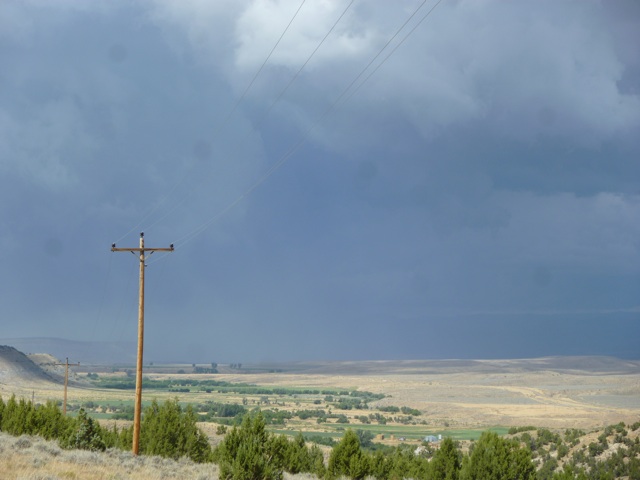 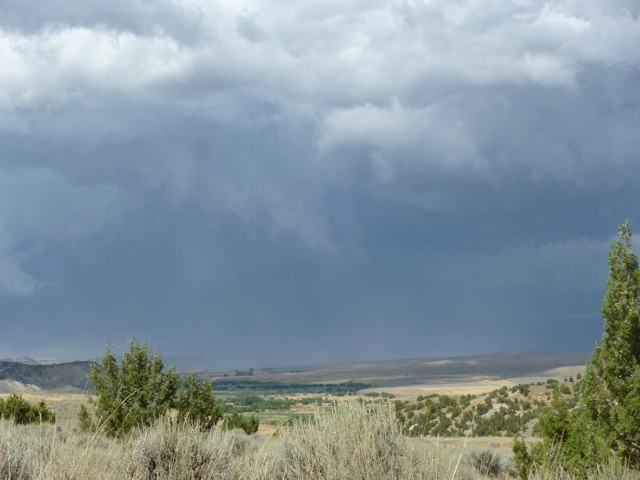 …until the guys decided to go on to the Mills Place.  I even took a few from there. 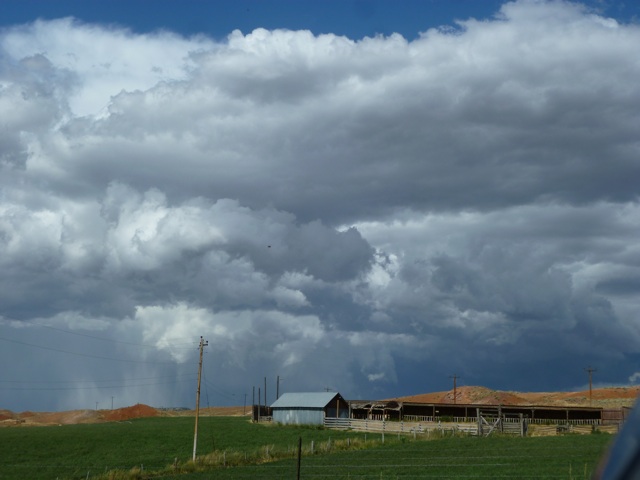 Again the National Weather Service interrupted the radio.  “We have issued a tornado warning for the Ten Sleep area.  Take cover immediately…”  WOW.  I’ve never heard a tornado warning.  Vernon went to the fire station to listen to the radio for a bit… We found out later a roof was torn off a shed, limbs are down, fences messed up, some windows broken.  No one was hurt.  The hail was NOT the size of pingpong balls… more like peas.
We decided to go about our business… and walked into the Mills Place.  The electricity was off.  Hard to run power tools with no electricity.  We did what we could… but the power was off for four hours and we’d returned home about then.  I was busy cooking supper on my gas stove (another reason to have a gas stove!) by lantern light when the power came back on!
Other storms and lightning continued through this evening, but I must say, this storm won the prize for size!  Gotta love Wyoming weather… because you sure can’t change it!
Find me here!