The last part of the afternoon, we weighed our weaned calves.

They’ve been in the corral, at least this bunch has, going through Mommy-withdrawal.  That expresses itself in bawling for three or four days… and then they are over it.  Before we turn this bunch out on the fields, we weigh them individually.
That helps our records for when we need to choose replacements… or track their mommas and see if they are still doing a good job at raising calves.
Not every ranch does this… but we do.  The reflection of Johnny’s diligence in keeping good records is a nice looking bunch of cattle.
That all said… it is one of the most mind numbing things we do here.
Face it, an assembly line worker I’m not!
Open gate, insert calf, weigh, open opposite gate (my job), exit calf.
REPEAT.
Today… only 100 times.
I know my job.
Lucas.
He has a job too… and if he behaves… he gets to keep doing it.
If I behave or misbehave… I have to keep doing it either way! 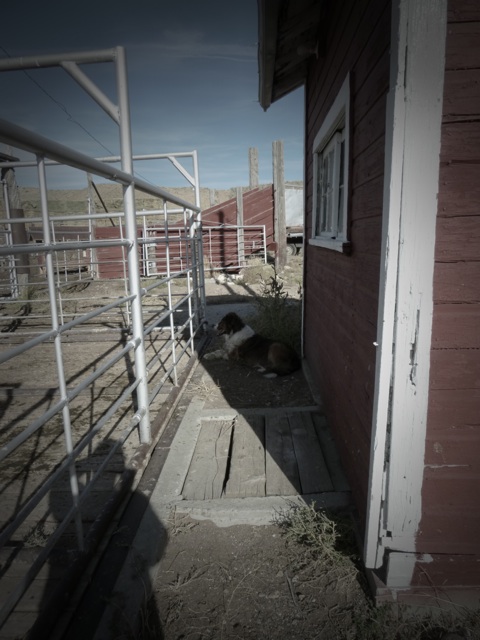 Lucas lies at the corner of the scale house.  If he’s quiet and non-threatening, the calves will still come in…  If he’s standing or moving, forget it, they aren’t coming in!  That’s his first job… be still… be quiet. 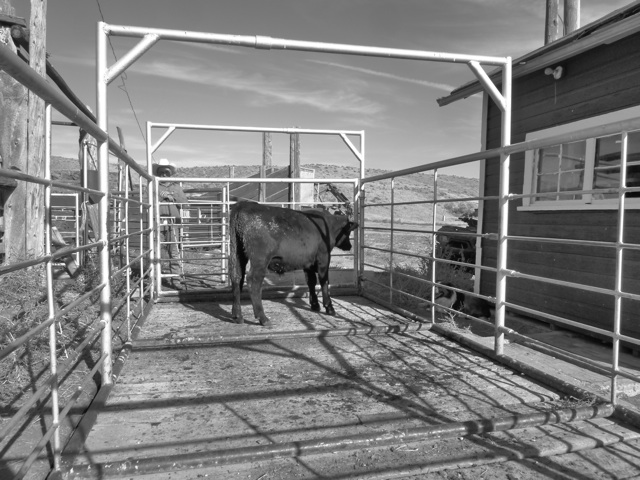 If they look at him… he either turns his head or averts his eyes.  Both “release” the pressure of them looking at him.  “I’m OK… You’re OK” 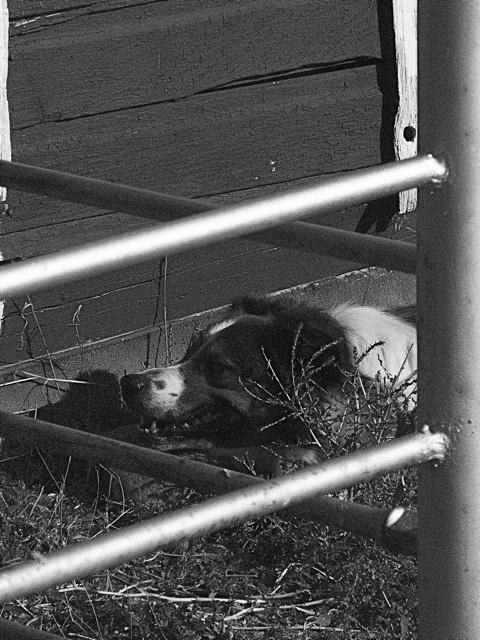 Laying down is non threatening… but here, he’s perked up and watching the calf.  We must be about done. 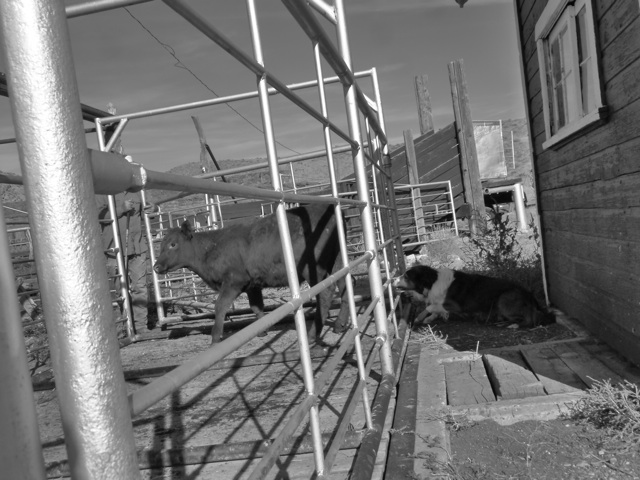