Today the guys come hustling into the house a little early for lunch.

“Grab your camera and c’mere!”
I take orders well, *sometimes*, so I grabbed my camera and followed them out my back door.
I’m expecting a herd of elk.
Or fire.
Or a coyote or a wolf even.
Nope.
This. 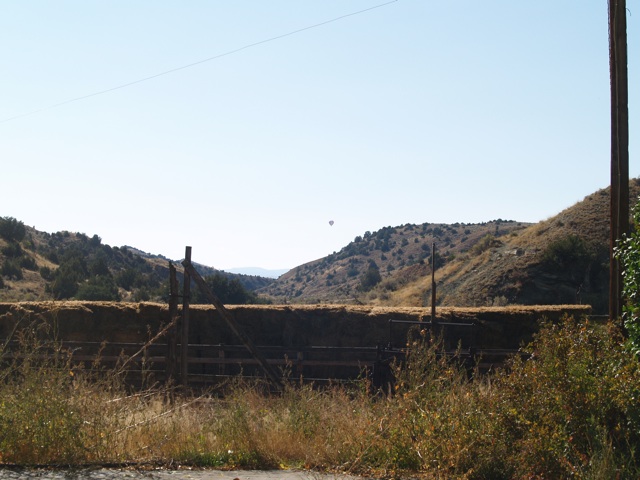 An alien from outer space! 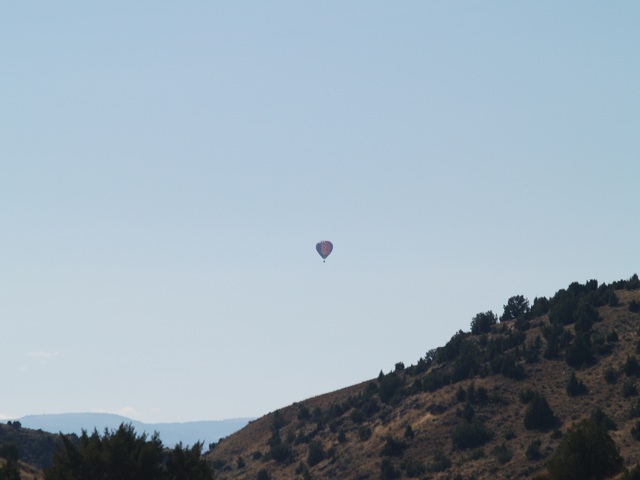 OK.
Maybe just a hot air balloon!
But the first balloon I’ve ever seen way out here!
When my kids were babies, their bedroom was decorated in hot air balloons.  I’ve ridden in two balloons… both at Daisy’s Dream, a 1,000 girl event for the Girl Scout 90th Anniversary.  Of course, a Girl Scout cannot go for a ride in a balloon… insurance won’t cover her… so, as soon as I stepped into the basket, I was just a “civilian”!  But Girl Scouts helped inflate the envelope… and launch them!  It was awesome.
It was moving VERY slowly… so we went back into the house… grabbed a quick lunch… and I hurried the guys out the door.  We were gonna chase it down!
By the time we made it to the Mills Place, they had already landed <BIGBIGBUMMER> and they were spread out across the sagebrush.  We had to go through the corrals and across the creek and through another gate… but we finally made it there. 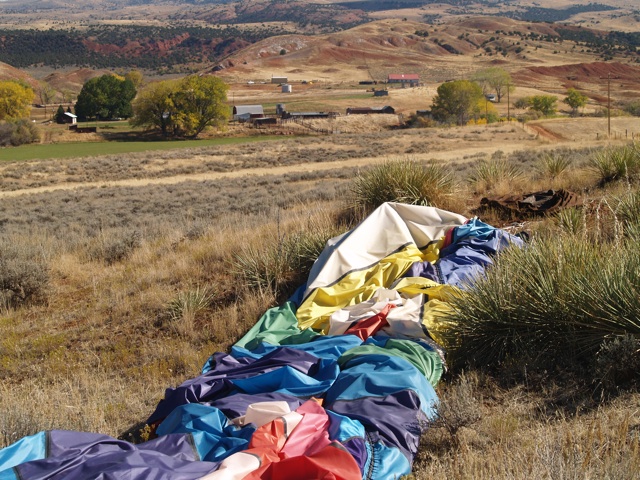 They had been busy as well… and had her folded and ready to stuff into the sack.  The balloonists, turns out, are from Casper.  This was his second flight… he’s just learning.  The way I understand it, he was doing a final flare, burning off the last of his gas… and actually melted part of his envelope!  BIG OOPS! 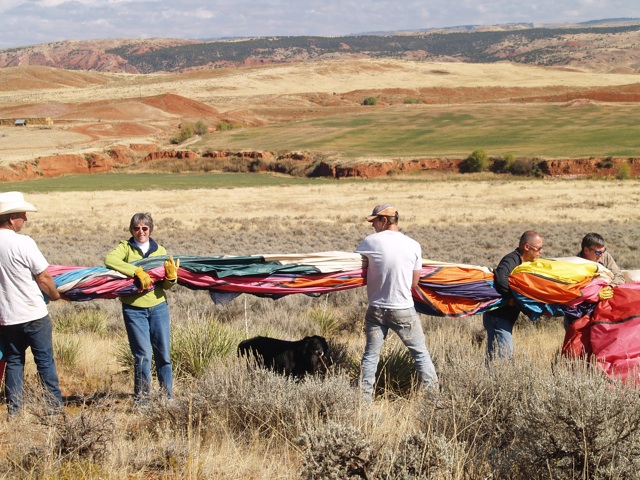 We joined in the work…  squeezing extra air out…

We hang on while they crammed the balloon into the “stuff sack”.  Since it was going to have to be repaired… they didn’t take the time to do it neatly! 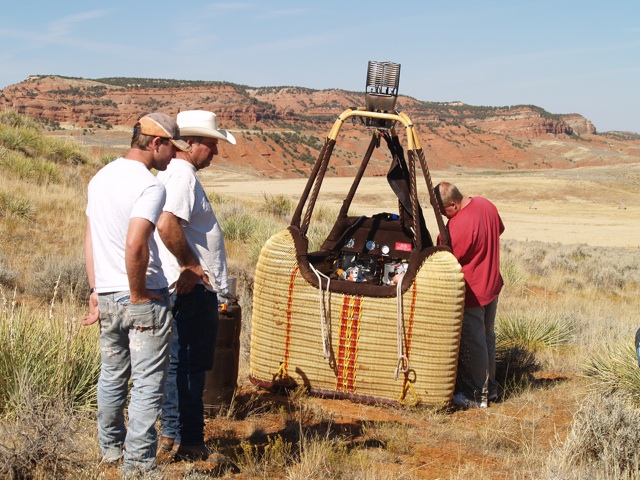 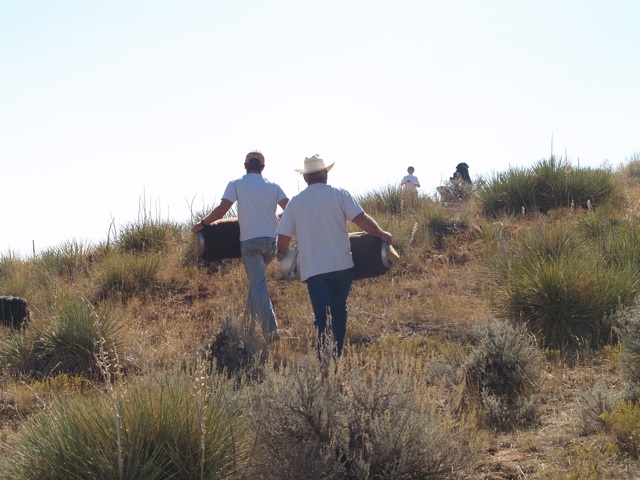 Sagebrush and yucca are probably not good for landing areas.  The guys helped pack supplies up the hill to their waiting chase vehicle. 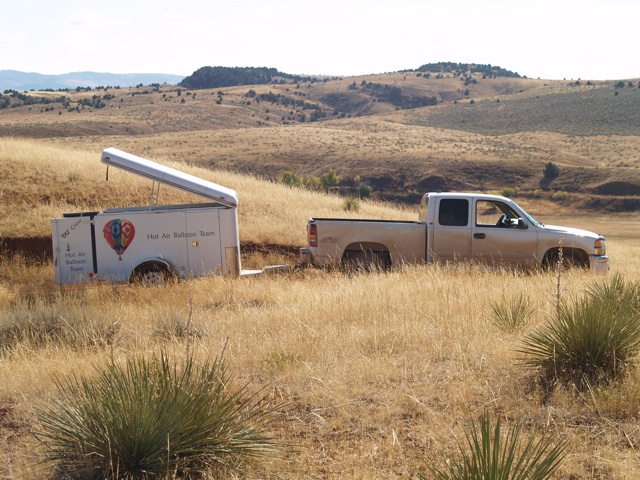