Many of you have commented on the amount of knowledge I have seemed to have absorbed the years I’ve lived on this place.  It’s true… and I had discussion about that with a friend the other day. 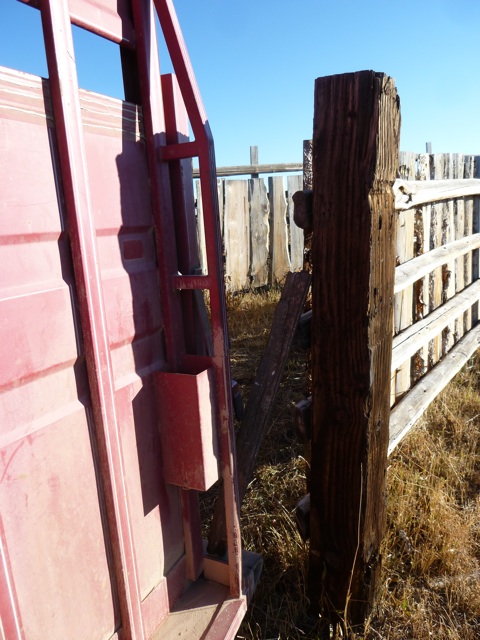 That hole is big enough, if a calf is determined enough to avoid the interior of the horsetrailer, he could escape, or attempt to and probably hurt himself.  That’s when I’m instructed, unnecessarily by the way, to “stand in the hole”.
Duh.
I’ve been around this place a while and I know that.
I can do!
Bring ’em on. 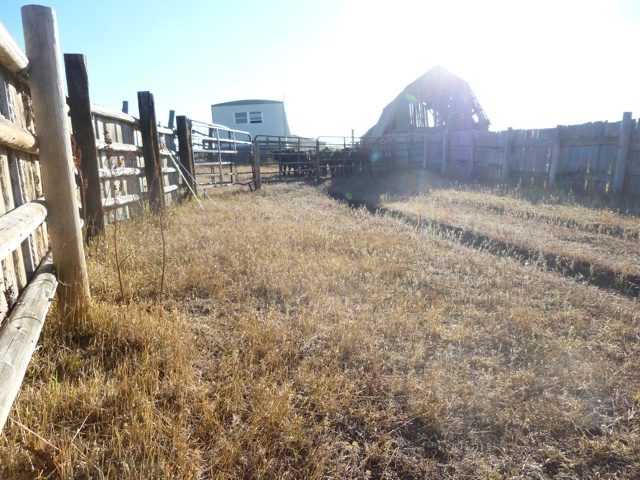 The guys are behind, urging the calves up the alleyway and into the horsetrailer, and we’ll haul them home to be weaned.
The thing is… when you’re standing in the hole…
you don’t want to spook the calves back and over the top of the guys.  It makes them just a tad bit cranky when they get run over by a 500 pound calf.  The guys give you the LOOK and a SIGH that speak Volumes.
Here they come…
DON’T MOVE. 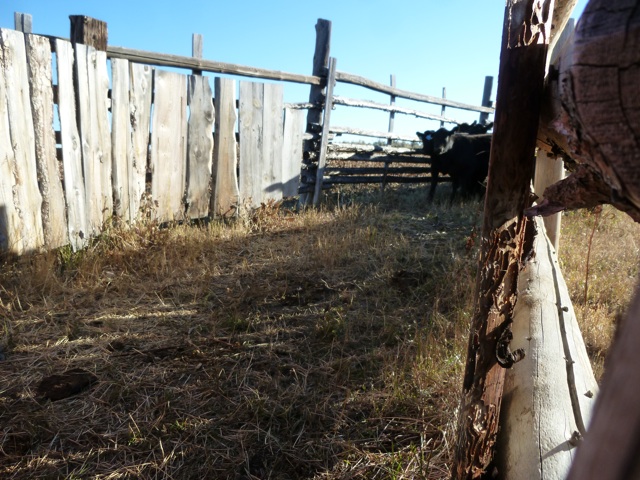 IAMAPOST.
SHHHHHHHHHHHHHHHHHHHHHHHHHHH.
I didn’t even want to take a photo… the beepbeep of the camera could alarm them.
They’re babies.  They’re easy to spook.
The first few enter the horsetrailer just fine, the last few had to be convinced.  That means I can become free from my Post Position and goose ’em up. 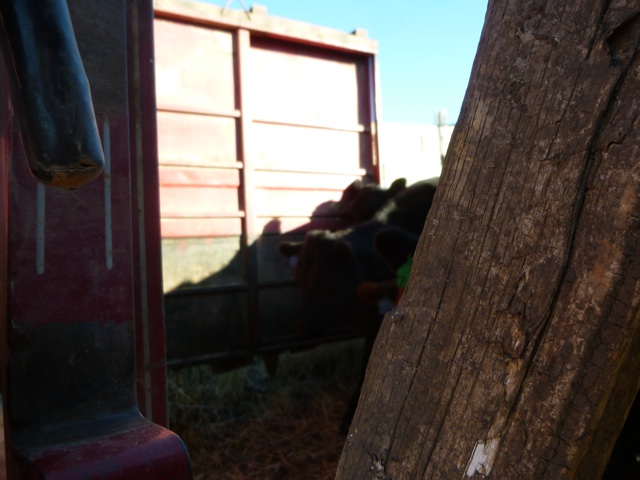