The guys did “clean-up” today…

Reriding the pasture…
Looking for the few head we were short.
One wild cow had jumped into the neighbor’s and they were nice enough to bring her home.
They covered lots of country and found three lone heifers down in the cedars.
It’s easy to see how you can overlook some critters in the cedars. 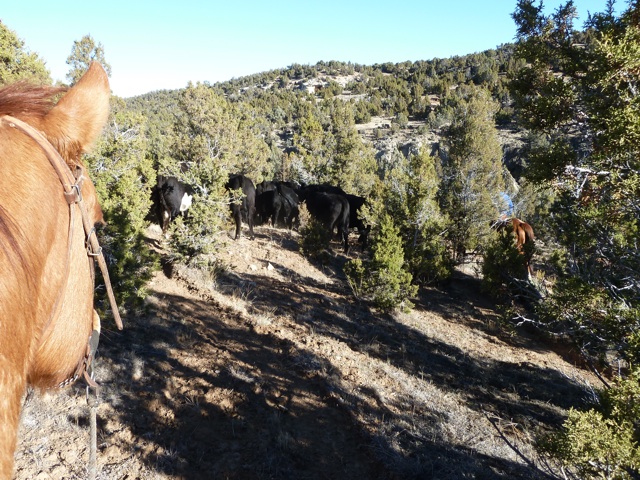 Me?
I stayed home.
I had a dog day…
and it wasn’t that fun…
at least for Elsa!
Yesterday, I let Elsa and Lucas work the morning shift.  It was a gather in the pasture around my house… and Lucas was overly enthusiastic.  He doesn’t get to work often enough and can occasionally use his “selective hearing”.  That got him a kick in the teeth.  He lapped blood for the next hour… but it must have been just a split lip or cut tongue.  He wasn’t suppose to chase that cow anyway, so I was unsympathetic.
He was kenneled at lunch.  He’d had enough.
He was replaced with Dally and Elsa was still enthusiastic… so I let her come as well.
The trail after lunch is only 3 or 4 miles… but I “lost” a cow… kinda sorta… another long story… and the girls think they have to be with me.  That cost them another few miles at a fast trot.  Then we hit the Richie pasture and cockleburs.
Not burdock.
The cockleburs from hell.
Porcupine eggs.
They HURT.
Even through gloves they can light you up!
I know.
Because of this. 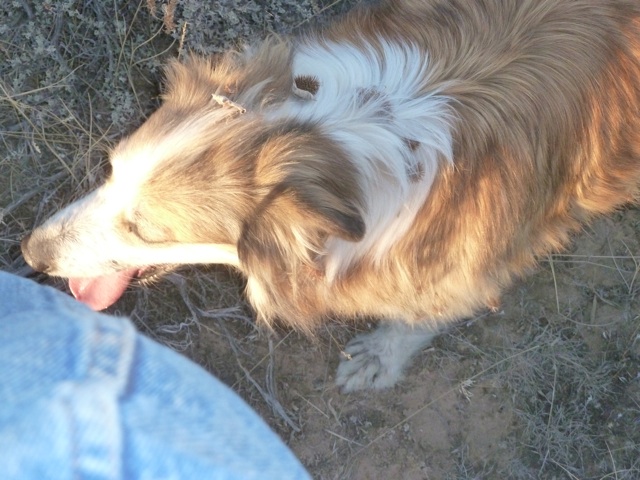 Elsa has fine hair.
Cockleburs love her.
They’re in her mane… 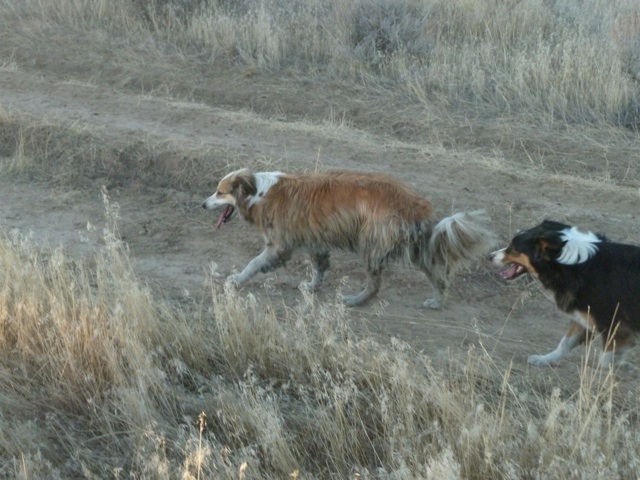 They’re in her feathers and her britches…
Her armpits and her belly.
Her tail.
Oh, my, her lovely plume of a tail… 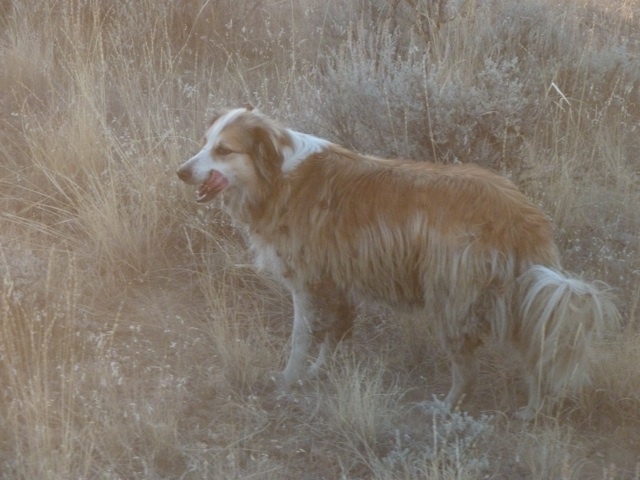 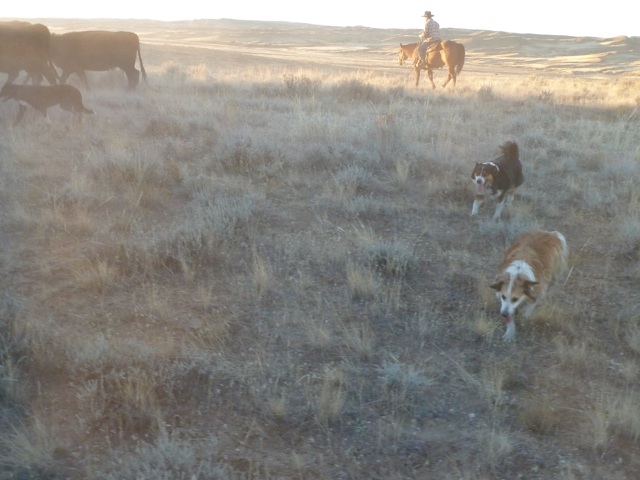