She ran to me… joy written on her face.  It matched the squeal I’d heard moments before, followed by the quick footfalls down the steps and into my mother’s living room.  She held her hands together, obviously hiding something.

“Mom!”
“Yes?”,  a quizzical look on my face.  We were sorting through my mother’s belongings… while not normally a joyful activity, we *were* enjoying each other’s company, lessening the recent and raw pain we’d endured.
“You’ll NEVER believe what I found!”
I shrugged.  My mom had 78 years of belongings in this house… it could be Anything.
Victoria raised her top hand.  Laying in the palm of her left hand was an old black and grey cassette tape.  Written on top in my handwriting was “Antlers Quartet”.  My jaw dropped and tears fell.

“Oh, my.  Oh.  Where was it?  Where’d you find it?”
“It was by her old jewelry box in her closet!”
To this day, months later, I don’t know if it was the original or a copy I had made for my mother… but for YEARS I have searched for this lost cassette.  I believed it was in my house, and on various occasions, I’ve torn this house apart, not accepting that I could lose such a personally valuable irreplaceable item.  I KNOW I must have mentioned it to Mom, but she never acknowledged owning a copy.  I can’t remember making a copy.  I really don’t honestly know one way or another, but I’m willing to accept that this was a gift from my Mom from heaven.
I had made the tape almost 30 years ago.
I’d been married a year and for some reason, my mother and I were being nostalgic and looking at some of my baby items in her cedar chest.  Next to the clippings of my towheaded hair, lay the record albums from my grandparents.  They had, with another couple, formed the Antlers Quartet and were infamous in southern Oklahoma for their four part gospel singing.
“You know, Mom.  We should put these on tape before they just totally deteriorate.  Look, there’s cracks in the vinyl everywhere.”
So we did.
Holding a microphone to the record player, we introduced each song, listing the date on the recording, laughing when the record skipped and we had to nudge the needle along, and shushing a little baby in the background.  (I’m still unsure of whose baby it could have been! mine weren’t born yet!) As they played, the needle often just peeled up the vinyl as it went.  These records would never be played again.  Some were too bad to even let the needle ride in a groove. 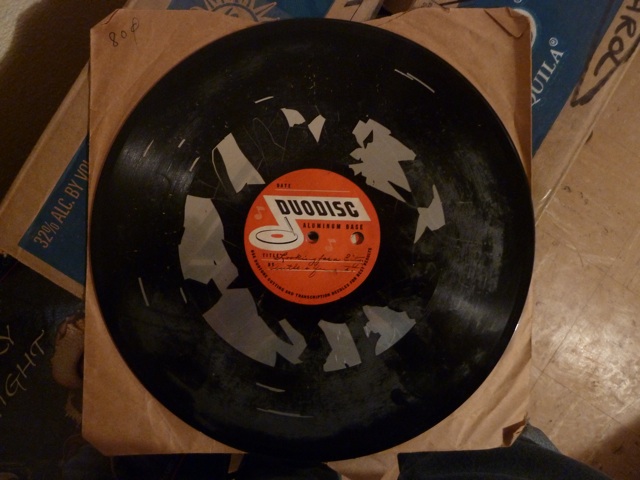 We saved some.  We made a tape.  All these years later, after my mother’s death, the tape re-emerged, and I could hear my grandparents’ voices once again.  On two songs, I could listen to my mother’s gorgeous voice.  A few times she stood in when Jimmie C. couldn’t sing her part.  My mom could Sing.
I never knew my granddad.  Mam-ma was dear to me for many years, dying after I was married.  But here they were.  Irreplaceable.
They had travelled south central Oklahoma, singing gospel at churches, recording a few records in those do-it-yourself studios, and even had their own radio show, The Antlers Hour, on a Hugo, Oklahoma station.  They’d start it off every time by singing “Give the World a Smile“.
I also own some of their hymnals. 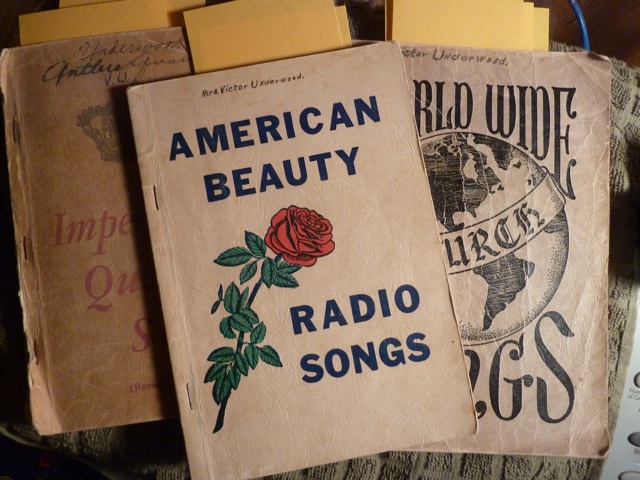 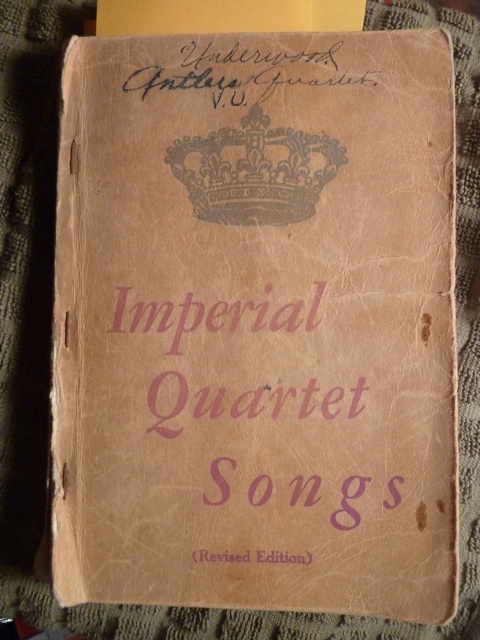 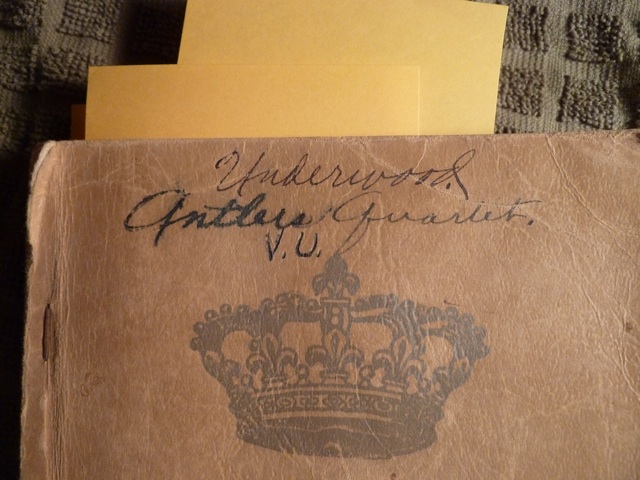 And the words to songs that give me joy. 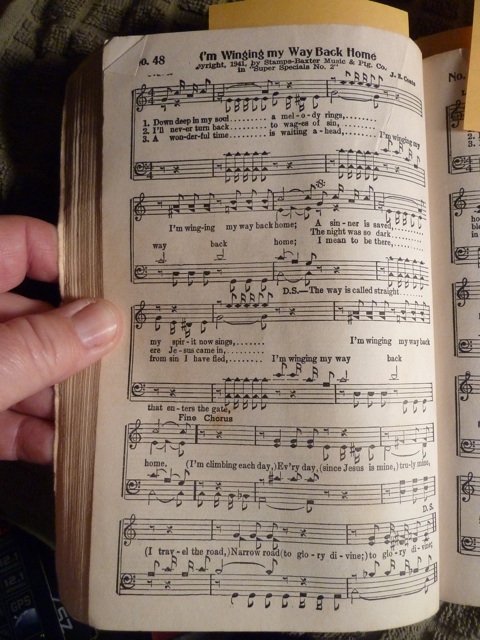 My grandparents, Victor (bass) and Lila(soprano) Underwood, Bill (tenor) and Jimmie C (alto) Sossamon, with Jimmie Loman on piano.  That’s my grandparents on the right side below… see where my Choctaw blood comes from?
If you’re curious and this works… click on the link to listen amidst the cracking and popping and hissing of OLD records… the Antlers Quartet .  I expect to put a shadow box up at the Mills place… and it will include photos, records, hymnals, a black and grey cassette, and a new CD copy of these old songs…