We spent our first night at the Mills Place.  I need to rename it to something like the South Forty or Big Trails or some such name… but it will probably be the Mills Place for the next 30 years…
No, we’re not completely moved… far from it!
It’s kinda like camping, but in NICE accommodations.
I can’t cook this or that because I don’t have all my food or pans here.
I can’t get dressed for town here, because most of my clothes are at the other place.
Can’t work on the saddle pad, because it’s not here…
Get the idea?
But the tv/satellite/phone/internet (yes, DSL) are all up and running here and not at home.  The couch came today.  I sorted through all my spices and rearranged and organized that cabinet… and others…  I’ve got rooms dusted and vacuumed and semi-organized.
But I’m having to do this blog entry early tonight because… we don’t have our old waterbed here.  And going from a king sized waterbed to a double sized mattress was hard on Vernon.  He was not a fan.
So tonight, I think we’re going home.  We might be moving the waterbed next!  We’re split between old home and new home…  Four miles doesn’t seem like much until you have to drive it late at night or early in the morning.  It’s MUCH different not being able to just walk out the door to go to work!
I DID go to work today.  I know so many of you think I neglect the ranch side… and when compared to the past few years with no son at home, I DID work much more… but I was #1 hay pitcher today (since Daniel is gone for the weekend).  I hauled my camera along and snapped a quick few, just so you can see what the guys are doing every morning.
Johnny drives and my job is simply to toss 5 bales overboard… hopefully, a flake at a time! 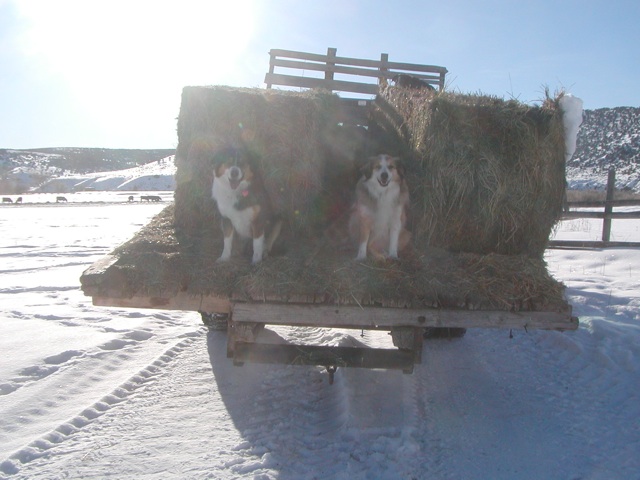 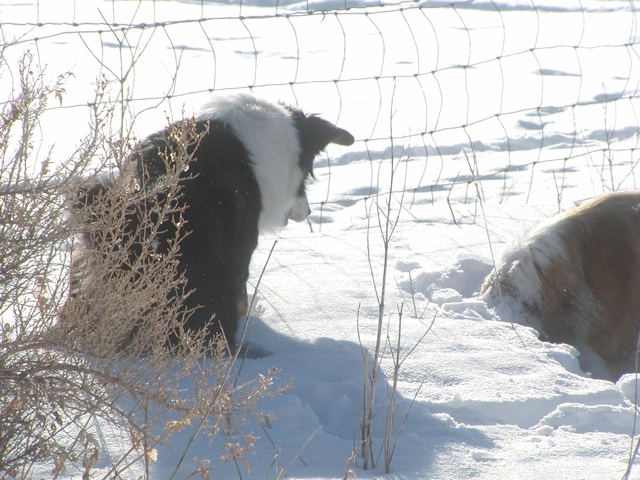 I did very well, until I came to the frozen bale.  With my warped three pronged pitchfork (hey, I didn’t break it!), I was having a tough time peeling off a flake.  See?  There’s one way back there IN the gate (oops) and one here by the trailer. 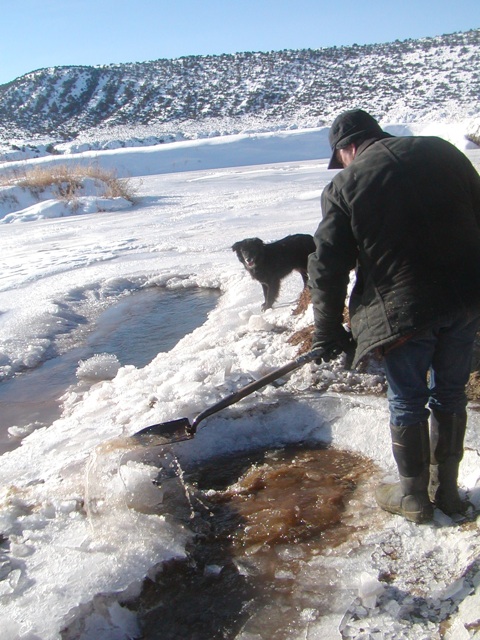 After Johnny chopped the water hole, (he’s down there by that little tree) he came back and chopped the side of the bale with his axe.  That did it!  I managed to pitch it all with only a few grunts and groans and oopses. 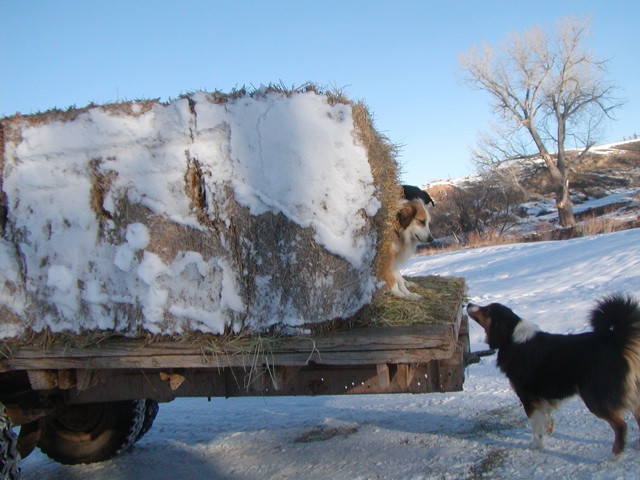 I wish I could give you all a ride on a hay trailer… and have you feel the bumping/lurching/jarring over frozen cow turds while maintaining your balance and pitching hay.  I tried to think of an analogy…  hula dancing on cobblestones…  drunken staggering during an earthquake…  performing a schottische on marbles…  while being covered in hay dust (thankfully no allergy attack this trip)… with a Carhartt and winter gloves on…
But, it was, in its own way… very invigorating and refreshing!
****
In Memoriam
D. Geraldine Underwood Burton
b. July 9, 1931
d. January 29, 2010
I love you, Mom!
****
January 29, 2010   No entry.
January 29, 2009   Photo Editing
January 29, 2008   Sundog Morning
Find me here!