Guess when I titled yesterday’s post “Baby Shower”… that was *REALLY* meant for today!
The wind was blowing nine-oh for most of the day, which may have had some influence.  I’m not sure what the barometer was doing, but I bet it was going down!
There are only 17 heifers left… I think.  The middle of the night check can’t end too soon for Vernon.  Otherwise, I think I heard them say we might be close to half done… and the weather’s been so good lately… with the snow disappearing at an amazing rate.  We’ll be whining about the lack of moisture and dust before you know it!
If it wasn’t the weather… maybe it was the full moon… 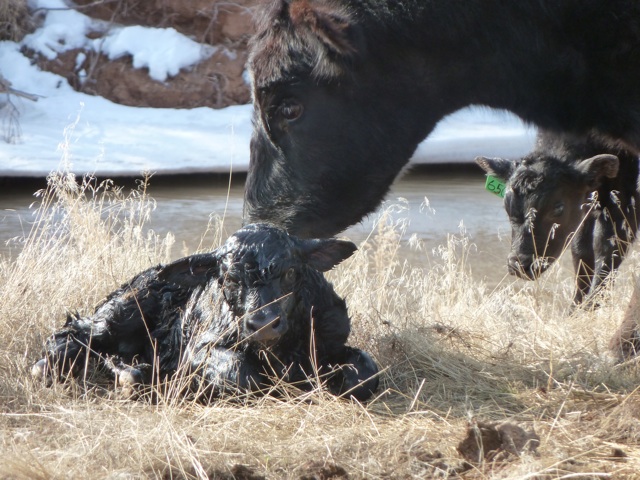 I had hoped to get a good full moon picture tonight… but I fail at night-time photography.  I try every setting from auto settings like nightscapes and beaches to manual times and apertures.  Big Fail.
Well, this blog is about ranchlife not photography for NASA.
The moon, when it did make its appearance without a skirt of clouds, was pretty, though I honestly didn’t see too much difference in appearance.  Maybe we’re just used to bright moonlight out here in the sticks!  I often would hike to the calving shed without using a flashlight on nights like tonight.
Here’s the best I could do… 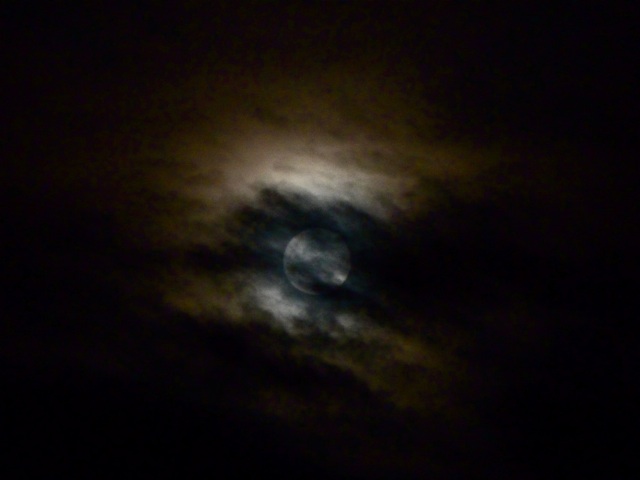