It’s not the Ponderosa!
I’ve talked about it before…
the dirt/mud…
the slime of pus and placentas…
the occasional c-sections and broken legs and miscellaneous visits from the vet… (interesting in their own way)
the blood…
the snot…
and never forget the exceeding amount of poo… everywhere.
It’s why I love my Whirlpool front load washing machine…
Today was one of those days.
And Daniel got it on film.
My favorite.
Warts.
Eeeeeww.   Just eeeeeww.
Even though the vet cleans his equipment, it seems like warts tend to grow around the metal bangs tag he has to insert after vaccinating for brucellosis.  We had about 7 or 8 today.
So…
We (meaning Daniel) have to pull out the metal tag.  I would, but squeezing pliers/pulling/while a yearling heifer slings her head around… the guys win the upper arm strength contest, so I let ’em do it.
If the wart is LARGE, we (meaning me) pull it off.  And then throw it somewhere my dogs won’t eat it… because that’s GROSS.  Evidently *they* don’t think so, because they’d snarf it in a second.  My dogs have no taste.
Oh?  Did I give a HERE COMES GROSSNESS WARNING?
Oops.
My bad.
So… everyone that hates grossness is gone, right?
Here’s Daniel removing the bangs tag… 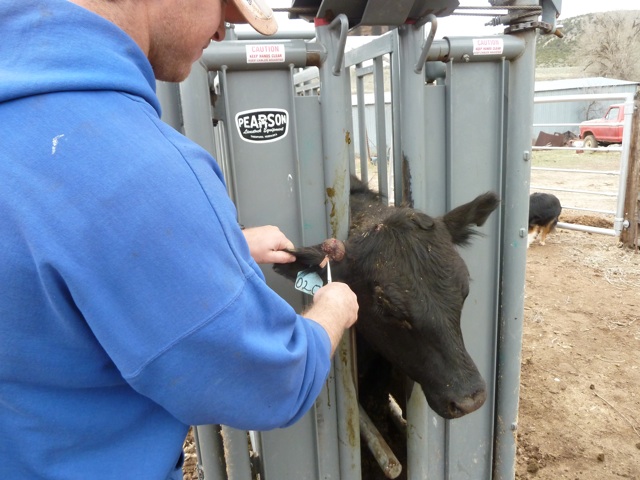 And to be fair… he took a pic of me peeling off that wart. 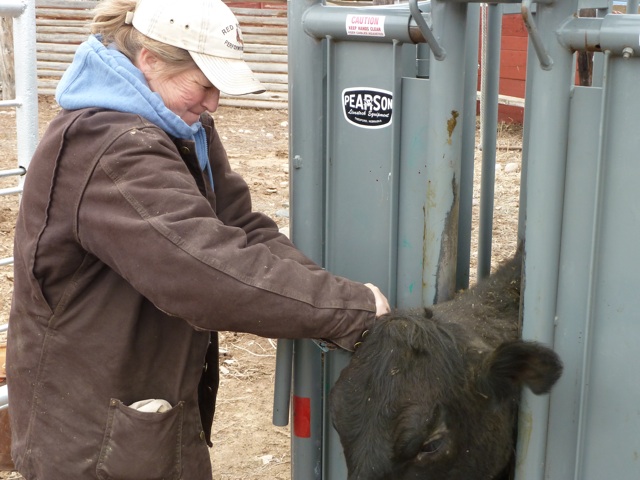