For the past few days, there have been the Final Four.

Four pups waiting for rides to their new homes.
Five had already taken their journeys, and I’ve actually received photos of some of them in their new surroundings!  When they’ve all reached their new homes, I’ll share…
But this morning, Husker was due to leave.
Husker has held my heart… though all of them have been special, Husker knew his name and would come running pell mell to me when I called.
He’d follow me through the “giant” alfalfa while I’d change sprinklers.
He’d sit and look into my eyes… not at my hands or just my face, but my eyes… and watch me.
He was smart enough to catch onto the rules, but independent enough to see if you were going to follow through or if he could just slllllide by!
He was aggressive enough as necessary… never picking on some sisters, but definitely willing to go a round or two with those sisters that challenged him.
He was my Special Boy.
He is going to a great home, and I know that, as I held out for a good working situation especially for him… but that does not mean that when I held his little head and told him to grow up to be a good cowdog, I didn’t cry.
Not just a few tears… but a red-faced, omg-I’m-such-a-dork, crybaby.
I didn’t mean to.
I’m sorry if I embarrassed the new owners with my attachment, but I couldn’t help myself.
He’s a good ‘un…
The Final Four now is down to the Terminal Trio… and it just doesn’t have the same ring to it!
It’s missing Husker.
So am I. 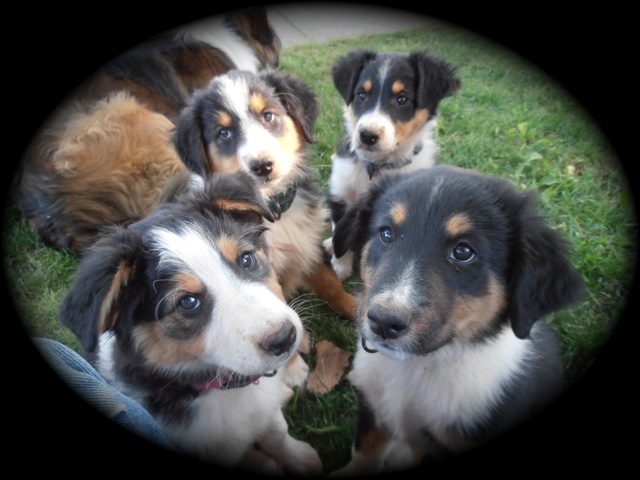 1 thought on “The Final Four”