As usual, you guys are so SWEET!  Thanks for all the well wishes for little Quinlan!  I know Brandon reads this… well, he did before his activity level got boosted up another foot… so, I’m sure these are all getting read and passed along.

Thank you SO MUCH.
<Yes, Quinlan was a little earlier than we’d predicted, but evidently the right time for him!>
We won’t get to see him for a while… but I’m sure wishin’ I could go take some photos!
Meanwhile… back at the ranch…
Back in April I began dreaming of having my own mailbox here.  I’d been getting mail in my old box, which was 3 miles from here!  I knew it couldn’t get planted until the frost went out of the ground, but, hey, I’m an optimist and I started fixing up the old mailbox. 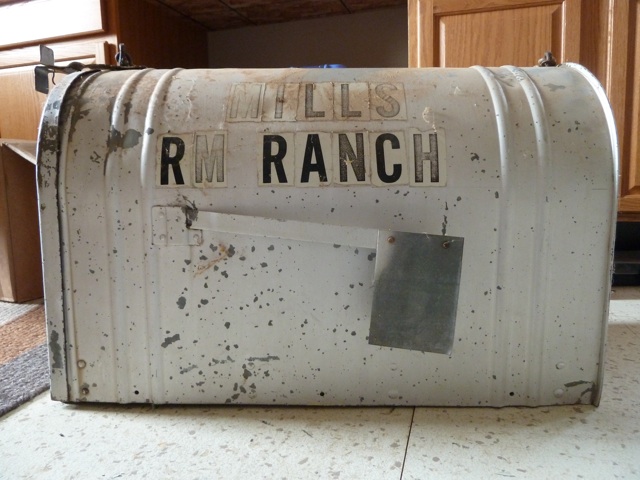 This is one heavy duty box.  I doubt they make them this sturdy anymore!
I repainted it and put our name on it… and there it has sat… holding down the floor in the mudroom… lest the tile and cement sprout rainbow wings and fly up to heaven.  Since April.
I’ve made a suggestion or two, to no avail.
Then, a few days ago, Daniel decided he was ready to subscribe to Dish Network.  Amazingly, the guy said he couldn’t because we were at that address still.
HA!
We NEEDED to change our address officially!  What better excuse?
I urged Vernon onward and he finally welded me a post and Daniel said he’d dig the hole.
Dang!  I was READY!  I even called the local postmaster and told ’em!  Well, as things run true to form around here… something or other came up and we didn’t get it done that day.
But, by golly, I was on a Quest… the next day, I loaded my crew and equipment… 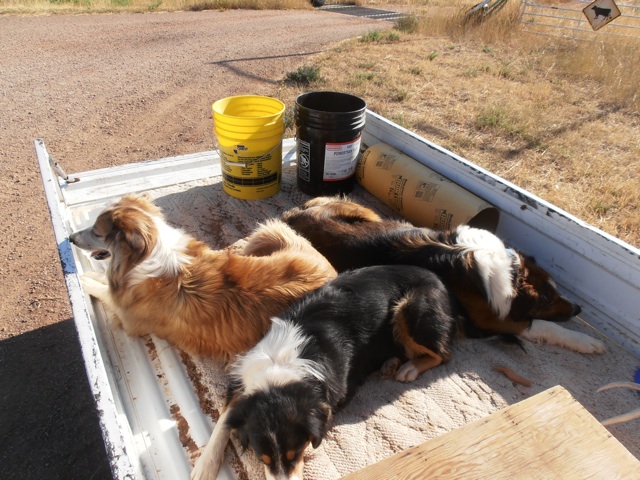 And I began to dig… and pound, and ruin the sharpness of my shovel on a dry rock hard spot full of gravel and one large rock that made me move my hole!  I hauled up a five gallon bucket of water and poured some into the hole to soften things up!
I scratched and scrabbled a hole… 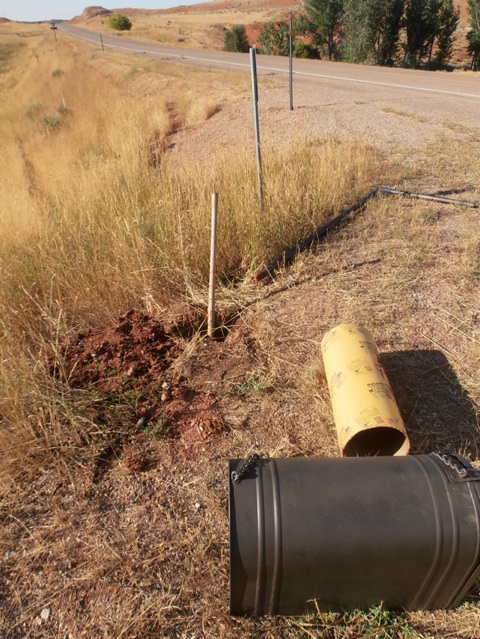 And when I was done… and sweaty… Daniel and Johnny showed up.  They helped with the Sakrete and ta-da!
I have a mailbox!
With a folk art falcon… (why does my folk art painting just look like I’ve done a poor job as opposed to being “folk-sy”?) 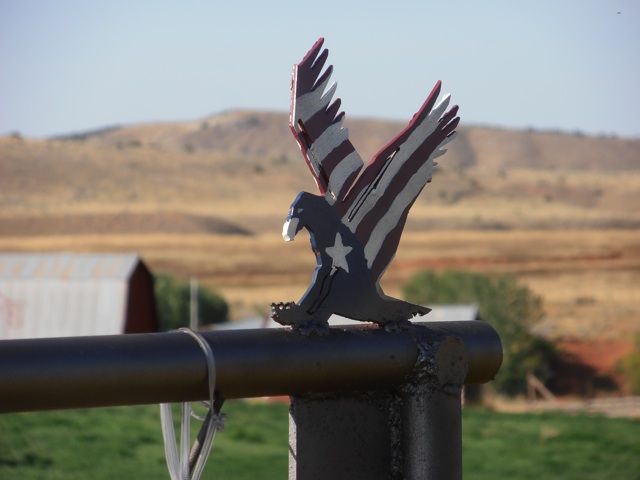 Yes, the bolt broke as I was screwing it down…
Yes, it is now held together temporarily with a large twist tie…
Yes, it looks bad!
I can deal with it! 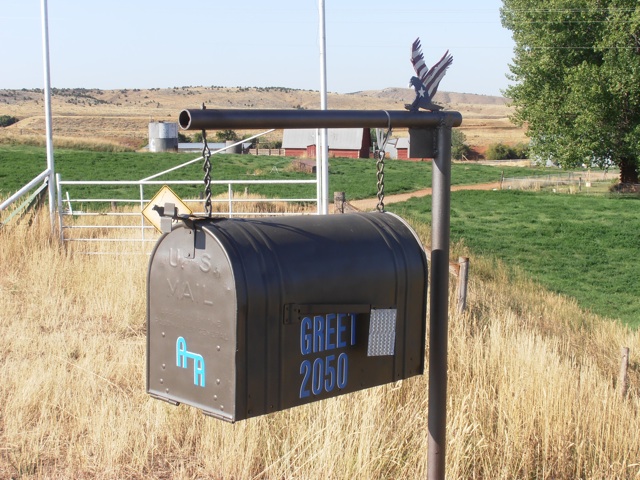 I have a large, sturdy MAILBOX, set far enough back off the highway perhaps it will last through even the toughest snowplow attack!  I can get my mail 3 times a week again… with little effort!  What?  You get mail EVERYDAY?  Sounds like YOU might become like ME… or UPS might just like my BROWN mailbox!
If nothing else, the neighbors have someplace to drop off some eggs and tomatoes…
****
September 16, 2010   Transcendent
September 16, 2009   Wordless Wednesday – “1969 or not?”
September 16, 2008   No entry.
Find me here!