I returned last night from Cheyenne, and was up early helping the guys sort and wean the calves from the cows they gathered yesterday.  It was a welcome transition from town, even if half of the day was spent cleaning up dishes, cooking, dehydrating leftover vegetables, and sorting out dirty clothes for the washing machine!
If the coming days let me, I’ll share a bit of Cheyenne…
The Wyoming Library Association had a great convention… I learned a lot, bought some books, failed to win raffles, bought some presents, drank some wine, ate good food, drank TWO margaritas (not on the same night!), listened to Ellen Hopkins tell her story, bought some clothes, and laughed.
Here’s a giggle for ya…
The convention was at Cheyenne’s Little America hotel.  Swanky would be the term that would top the adjective list about LA.  I am not usually a customer in hotels of this type.  After the opening speech given by a Zingerman’s Delicatessen manager, as women are wont to do… we headed for the facilities.
A little fyi, 90% of the attendees at the WLA convention were women!
Usually… lots of women all headed towards the pawtee at the same time spells trouble.  Not at Little America.  As many of us stated again… and again… the loo was the same size as my house!
So I’m combining the outstanding decorating and size of the bathroom into a full fledged post just for you.
Feel special? 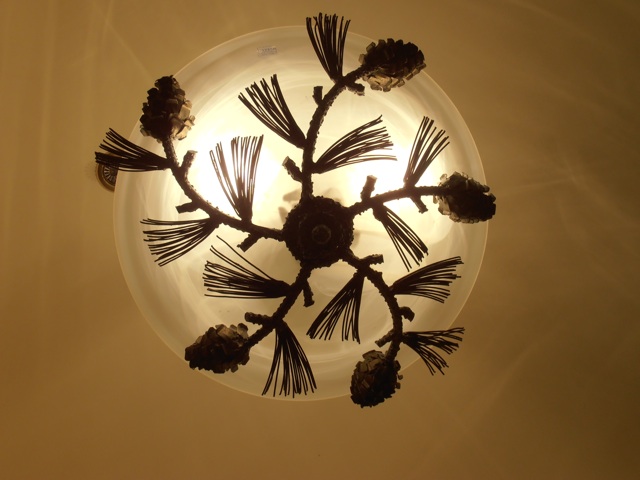 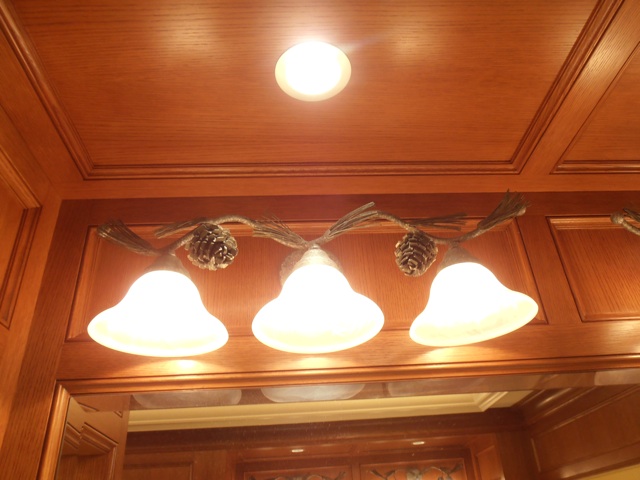 Above the sink lighting was cool as well. 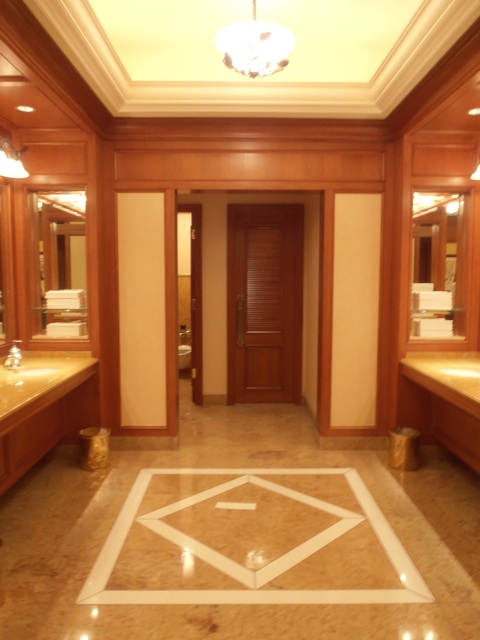 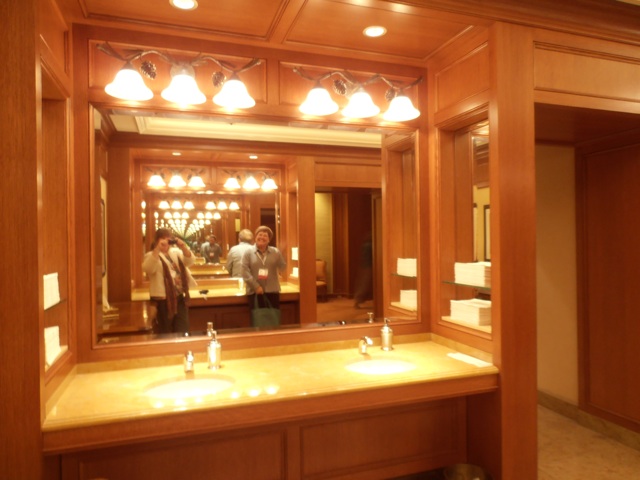 Four sets of two sinks formed the washing area.  I forgot to take photos of the sitting area… chairs, table, and a couch occupied that side.  You can see a bit of a chair in the mirror.
Oh, and my friend, KJ?  She DOES have a left arm… she was just waving and the slow shutter speed made her arm DISAPPEAR!
This one bathroom literally is close to the same square footage as my basement.
Amazing.
The guy that did all the wood paneling and trim?  He can come to my house and redo what I’ve done…
And since we’re on the topic of bathrooms… I’ve noticed after spending multiple days visiting public restrooms, that now that I’m home…
When I stand up, I expect to hear that automatic flush… and now I must re-train myself to actually push that lever down…
Life’s rough out here in the country…
****
October 2, 2010   Short Segments
October 2, 2009   These Busy Days
October 2, 2008   No entry.
Find me here!