The guys have been going out regularly to our badlands pasture… every 5 days to open waterholes… and almost everyday to kick the cows off the fence.
With the snow and lower temperatures, they yearn to drift in to the hayfields and beg for hay.  It’s a big pull for them… kinda like a dog whining to be let in the house!
There really is enough feed for them out there… yes, they have to work for it a bit… as they say, “Life’s rough!”… but cows tend to be lazy and the idea of a nice green breakfast served straight off a hay trailer is irresistible.
The guys go out… dogs in tow… and urge them to return to the ridgetops where the snow is not as deep and the grass is easily reached.  Hanging on the fence is tough on the grasses on that edge of the pasture… plus, if they get to pushing and shoving and someone breaks a wire… we’ll have cows EVERYWHERE!
I haven’t gotten to go along… I have company… or I’m cooking for Christmas… or I’m decorating for Christmas… or I’m working at the library…
So the other day, I handed my old spotty Panasonic to them and requested a pic or two…  Vernon obliged. 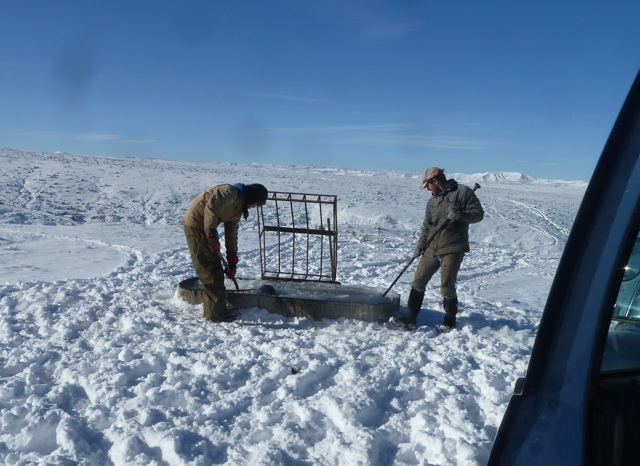 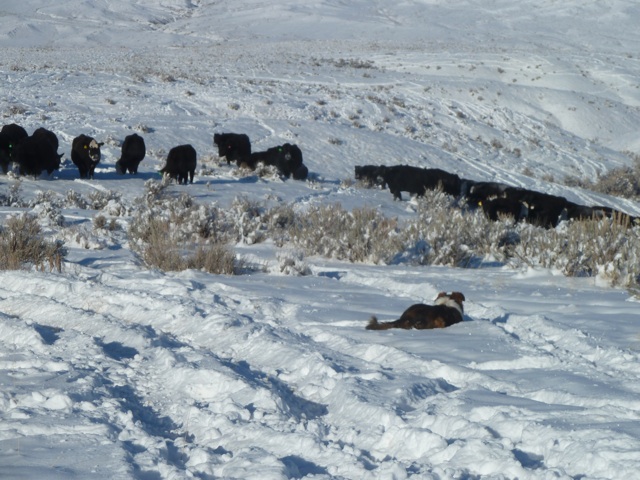 Lucas keeps an eye on some cows…