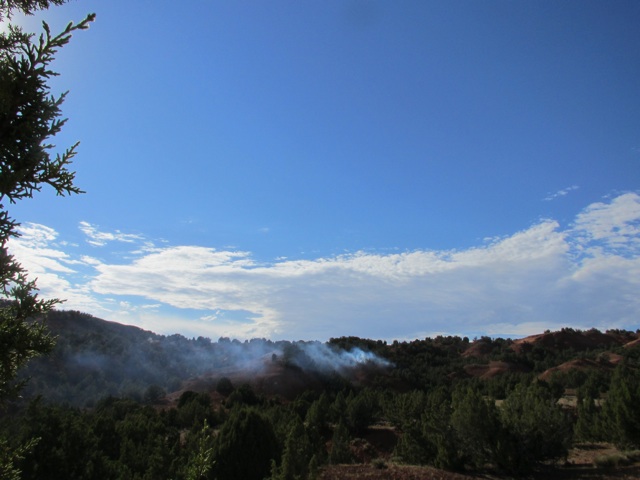 Only one blaze this far south… and so my guys, although busy baling hay… took off once more.

That’s Vernon and Brandon at the bottom of this shot, pulling hose. 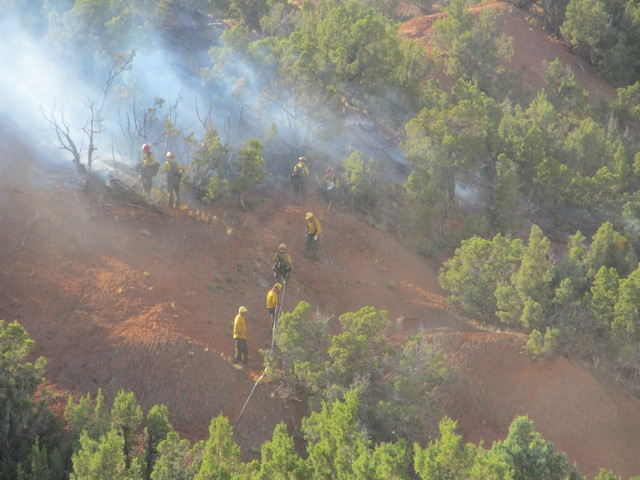 The first two guys on scene? aka “Initial Attack” (Ten Sleep style) consisted of a couple of neighbors jumping their horses out of the horsetrailer as they were driving by, and with shovel in hand, riding their horses up the hill and shoveling dirt on the burning trees!

After the trucks and personnel showed up on scene, they decided to leave… there’s one down in the trees on the left side… I couldn’t get them both in the same shot til they rode over to talk to me! 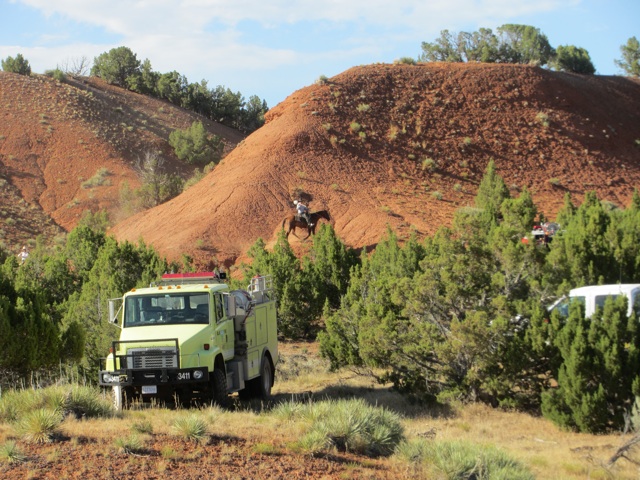 I much prefer this Initial Attack Force as opposed to those smokejumpers we had a few weeks ago! 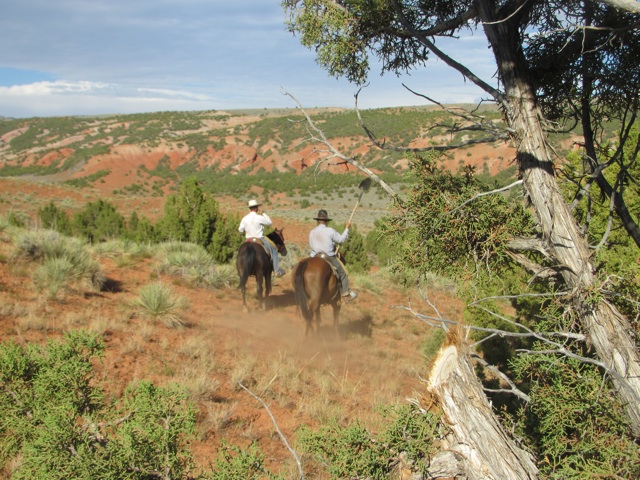