Wow, guys, Amazing Job with The Game yesterday!  I thought you all showed great imagination!  We need to finish this story!  What’s coming through the fog????

Big Thanks to Belle, Patr, Joy, Dana, Ketra, Terry, and Cammy for joining in!

****
Daylight found us on our way up the mountain.  It was 81º when I got up this morning and it had only cooled to 68º by the time we arrived on top.  We gathered the pasture and headed them down the road.  They did quite well… having never gone this way before.

Cattle tend to be creatures of habit… and they know where “home” is as well!  Sometimes, it’s a battle to go to new spots, but ours were pretty happy to go to new grass!

Halfway through, Megan and Matt and the three babies arrived.  Victoria and I switched off with them… and I went from herding cows to herding babies!

Once the cows were through the gate into their new pasture, we managed to have sandwiches and more and more and more water, and then they went to pair the bunch up.  That meant Toria and I had to keep entertaining the munchkins while trying to stay in the shade!

What else do you do with a toddler when normal distractions aren’t working?

You let him play in the dirt. 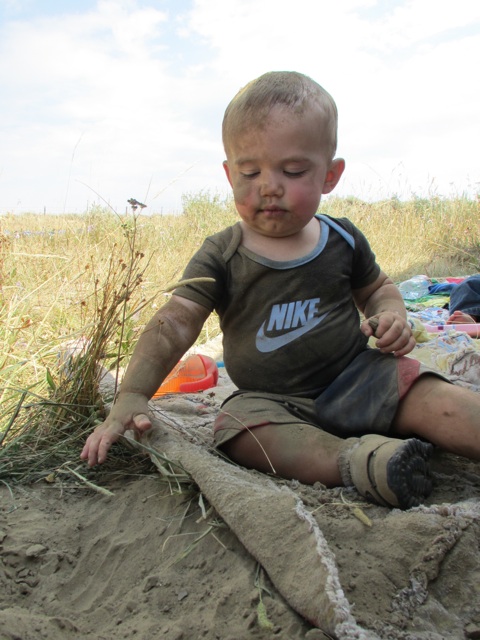 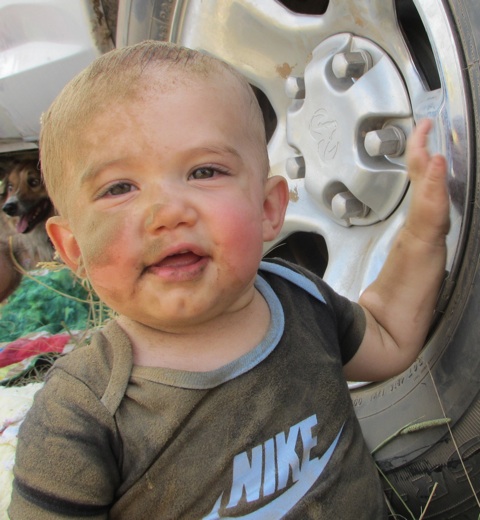