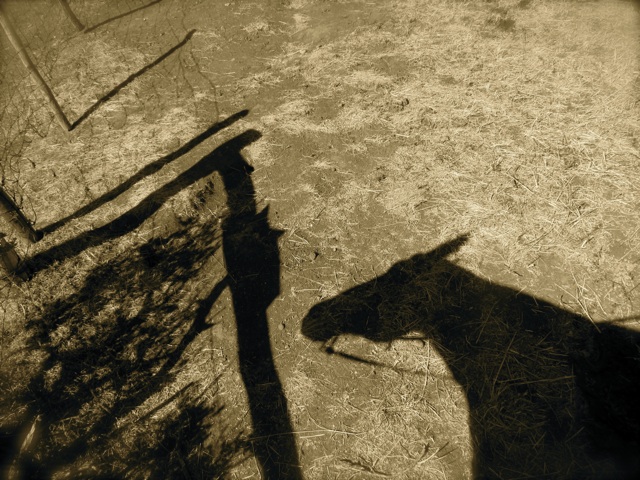 The gate post was wrapped in smooth wire.  The barbed version was saved for the gate and connected fence.  Tacked with fence staples was an decrepit sign, illegible due to occasional rain, fiercely driven snow, and brutal wind that sandblasted the words into the cosmos.

Although this day was respectable, she’d met each variety of weather on this mountain.  Snow in July.  Drenching rain and crispy drought.  Burning sun with unbearable intensity.  Frigid days you longed for that same burning sun.

She was well acquainted with this gate.  Here they’d pause multiple times a year, waiting for the tail end of the herd to catch up.  Usually there would be neighbor’s cattle in the next pasture, and having a herd stretched over a mile makes it hard to keep them out of the neighbors small pond, or other cows from joining in the long march to high country.

Each time passing through here brought new memories to add to the layers of old ones.

Back a bit is the patch of grass that yearly brought her misery with allergy attacks.

Puppy Lucas intently watched his first trail drive from the shadow of her four wheel drive, the year she was on “chuckwagon duty” and not horseback.

Her shadows had been Josie Mae, Cooper, Custer, Reno, Lucas, Elsa, and Dally.

She’d done a lot of child rearing and babysitting and dog training and photography and laughing and sneezing and, one year, was spitting mad as she rode through this gate.

She had memories to reflect upon and a bright future to hope for… and it all came about watching the shadow of a gate cast upon the ground.