Earlier this summer, this little pen looked like this: 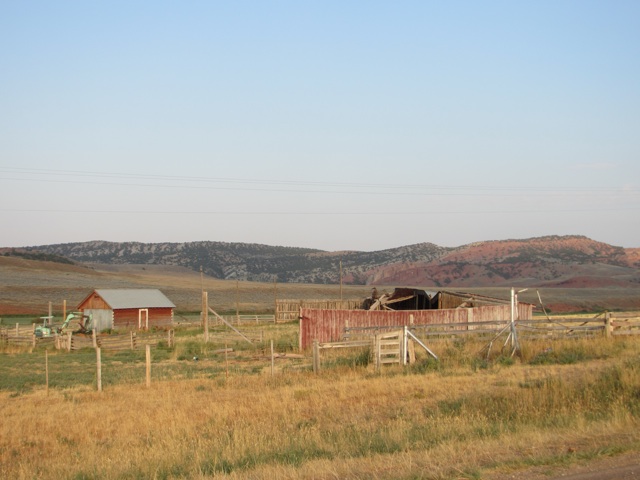 We have used it for some calves, though ever since a big windstorm and our purchase of the Mills Place, it hasn’t done heavy duty.  The windstorm did quite the number on the roof and one side… and Vernon has a Big Project in the works.

So, after long deliberation, we decided to tear this down.  But being ranchers… we, of course, had to see what we could salvage.

The granary for sure… solidly built, we could use it for something.  (My dream is to take it up the mountain to become a cabin… HA!  Like that will ever happen!)

Brandon tried to salvage boards for a fence.  Nails, evidently, used to be cheap.  And extra long.  Every nail was bent over on the inside… and after prying and straightening and pulling, the boards would still crack.  Cancel that idea.

The tin from the roof… after pulling a zillion of those cheap nails, there were so many Big Holes and it took so long… cancel that idea.

Some big posts and boards were saved… a chainsaw bypassed the bent nails!

That was going to be it… We don’t have the time to be delicate!

So last week, while I was at work, Vernon and Daniel managed to get the granary on skids and slide her clear across the field and by the junk pile.  See those trees in the distance?  She was close to them! 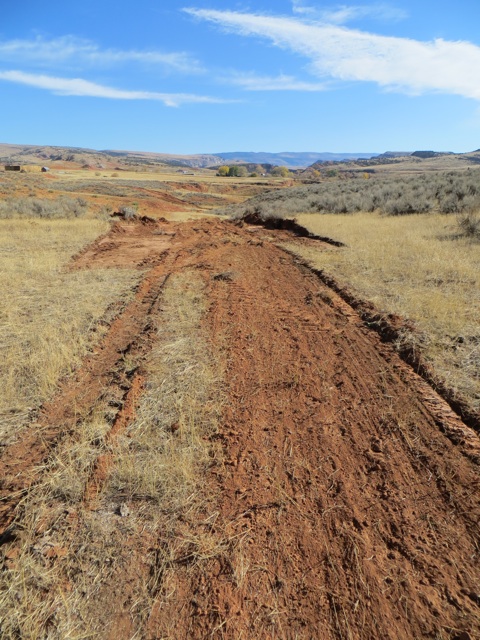 Now she inhales the prairie’s solace, and patiently lingers… awaiting her next assignment… 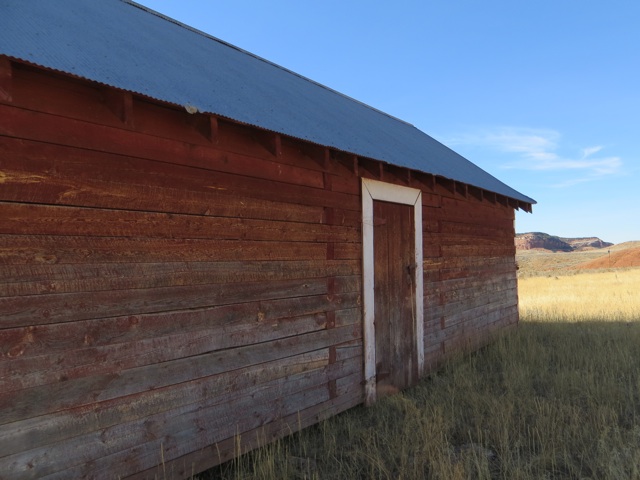