A little progress was made today…

It rained this morning, so there was a delay…

but the tower is bolted to the pad… 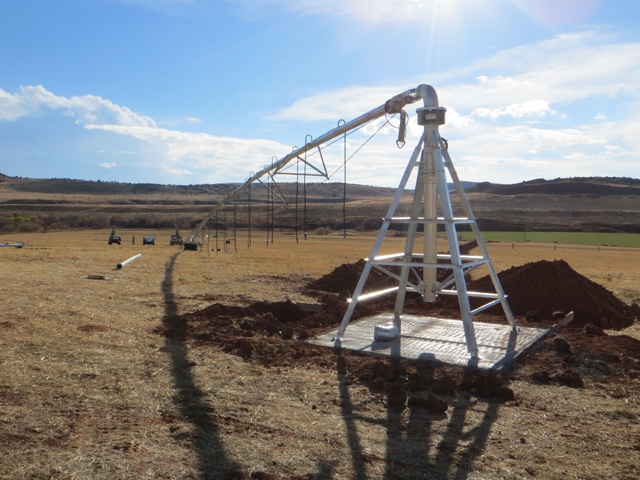 and some pipe is together. 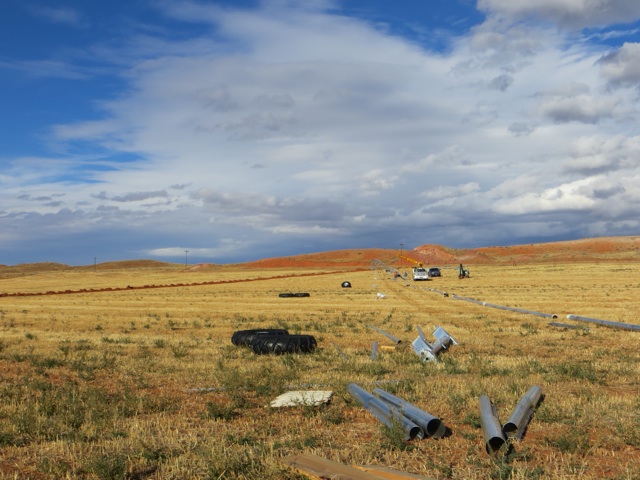 In the comments yesterday, Judy asked, “WOW! looks like you have to move a lot more dirt a lot farther for it than any farmer in Nebraska does for theirs… since we all live right over the Ogallala Aquifer… He has a BIG BIG Job to install this but you will love it…. Are there any others near you? Love the pics…”

Yup, they decided not to run it off of our well and are instead laying a pipeline to the creek.

The wire should be laid on top of the blue pipe tomorrow… and more lengths of pipe fitted.

It *is* a big job, but the guys have had this in mind quite a while!  They better be happy!

There are people around with them… not as big as the ones in the flat lands of Nebraska and eastern Wyoming… but we have a few more hills!