Lucas’ last laser treatment for a while.

A trip to this place to buy wool and visit a bit. 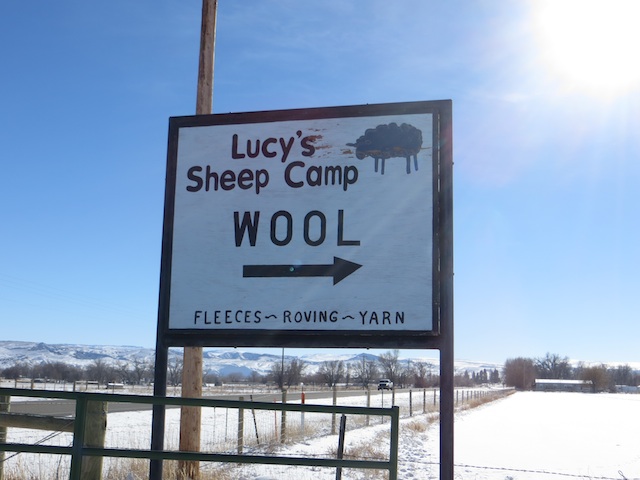 Then, since I was so close to Thermopolis, I figured I might as well take a quick loop through Hot Springs State Park to see if any buffalo might be wandering around…  I love buffalo.  I have a small buffalo figurine collection.  I have two old buffalo skulls.  I have a buffalo robe five feet away from me…  I love buffalo.

The last loop I drove… I found him. 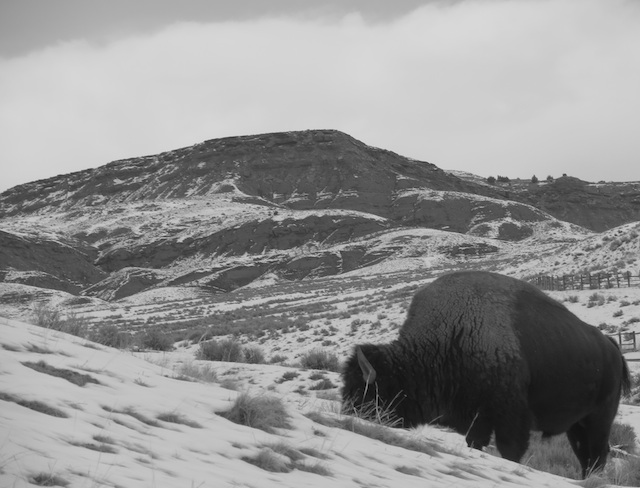 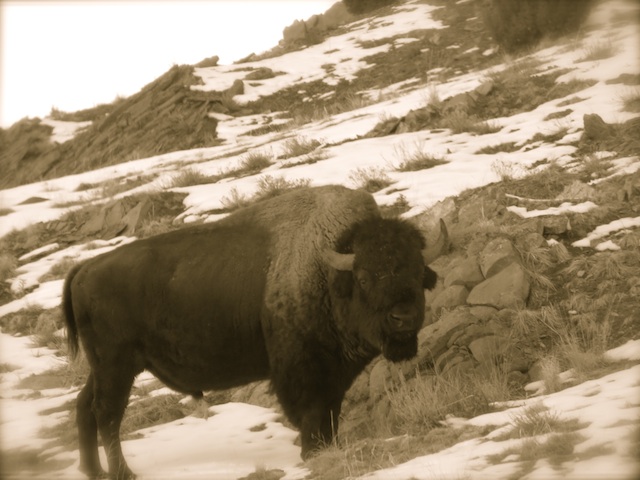 Konan, three weeks ago, was run out of the herd by the younger J.L.  One guy told me Konan was 18, one said 13… anyway, his time with the herd is probably over.  Buffalo in captivity can live up to 40 years, while those in Yellowstone probably live til they’re 20 or so.  It’s just part of the process… the younger bull has every right to kick this old fella out.  He’s been making him leave when the ladies were in heat, letting him back in once the hormones had settled down… but this time is different.  The Park Ranger was hoping to lead him to the corral where they could load him in a horse trailer and move him to a different pasture.

Like I said… I have a few photos to share… and there’ll be a movie as well…  and, hey, there’s even some vaccination going on tomorrow, so there’s Real Ranch Work Photos on their way too!

I had a wonderful afternoon…  thanks, Konan! 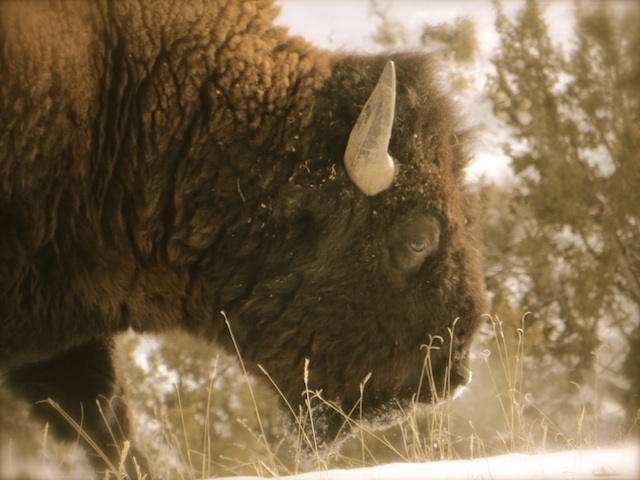 2 thoughts on “Thanks, Konan!”