Have you ever seen a disorganized, filthy, yucky garage?

Well, I’ve had one for quite a while now.  Last year, when the garage door broke, it got worse.  Then I decided.  I want the door repaired.  I want a garage door opener.  I want to walk out to go to work and not have to scrape 6″ of snow off my Durango and run the defroster for so long!

I bit the bullet and ordered one!  Installed.  And while you’re at it, look at the other 4 garage doors and Johnny’s too… and see what they need.

They were supposed to come Monday, but they didn’t… Which I guess is ok, because it’s giving me a lot of time to clean and organize and pitch and build.

While the center area will hold my car, it has two smaller garage doors and areas that I’m making into, well… organized garages.  With workbench and tools.  And organization.

It’s kind of fun except for the heavy stuff… I may be sore tomorrow… but I am finding an occasional treasure.  Like the Studebaker steering wheel center (?) and an old fishing reel.

No before photos, because, honestly, I am embarrassed on how it looked.  Since I’m not done, there’s no after photos either!

Here’s something Much Cuter! 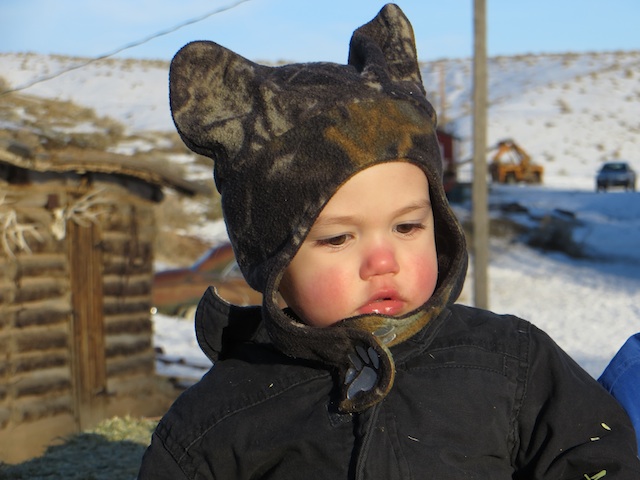