My goal was for an early bedtime, so, no, I’m not staying up waiting for Vimeo to finish doing whatever they have to do to my videos!  But tomorrow you are in for a treat!

On my way home from work, I stopped off at the shop, having seen Vernon’s pickup there.  Four wheeler tracks in the new snow (yes, 4″+) showed he had left to go check on the cows… snowstorms seem to always bring more calves!  I noticed a cow off a ways, rocking in that rhythmic sway they do when they’re pushing.

Aha!  A chance to capture a birth just for you!  I drove over closer, and as she stood, I could see the sac over the calf’s nose.  I drove on just a bit more, and the calf slid right out!  I grabbed my camera, and walked over to make sure the sac was pulled off and it was… oops!  I’m supposed to be photographing this!  (I’d never make a National Geographic wildlife photo journalist!)

A minute later, and I think… take a movie!  duh!  So you’ll get that tomorrow… I continued filming as the calf attempted to stand… which, if I did those moves… I’d end up in the intensive care ward!  She was unhurt, though… it’s just Nature… figuring out how four legs work!  As you can see, her first attempts at standing are pretty bad… unless she was trying for a *head*stand! 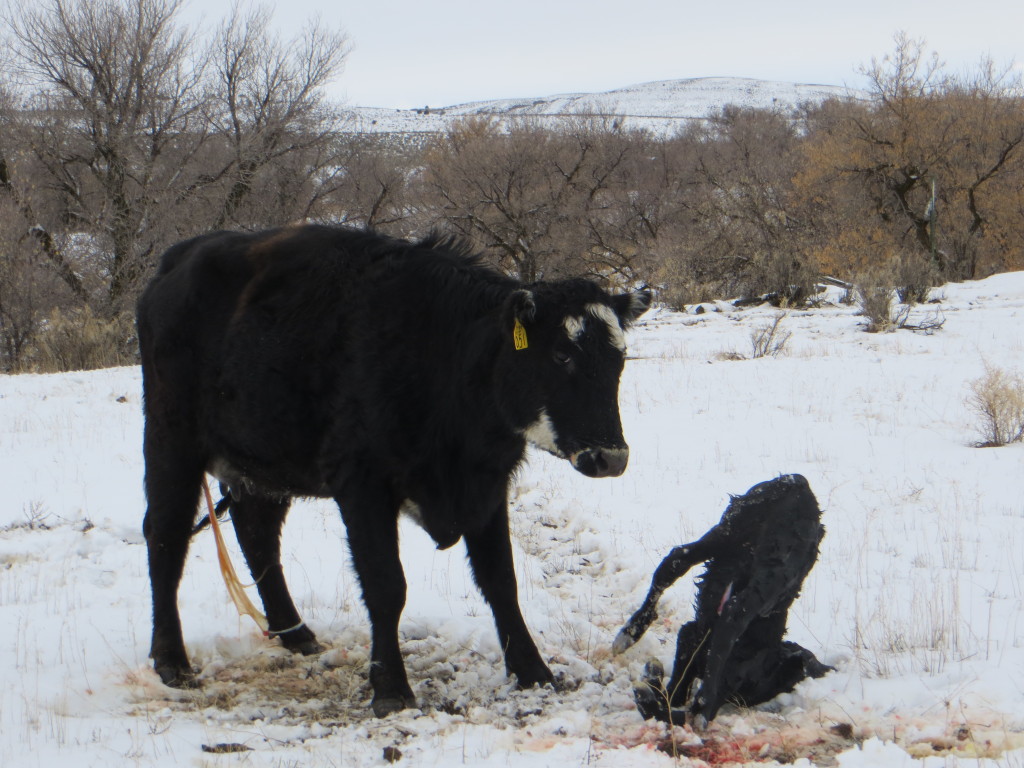