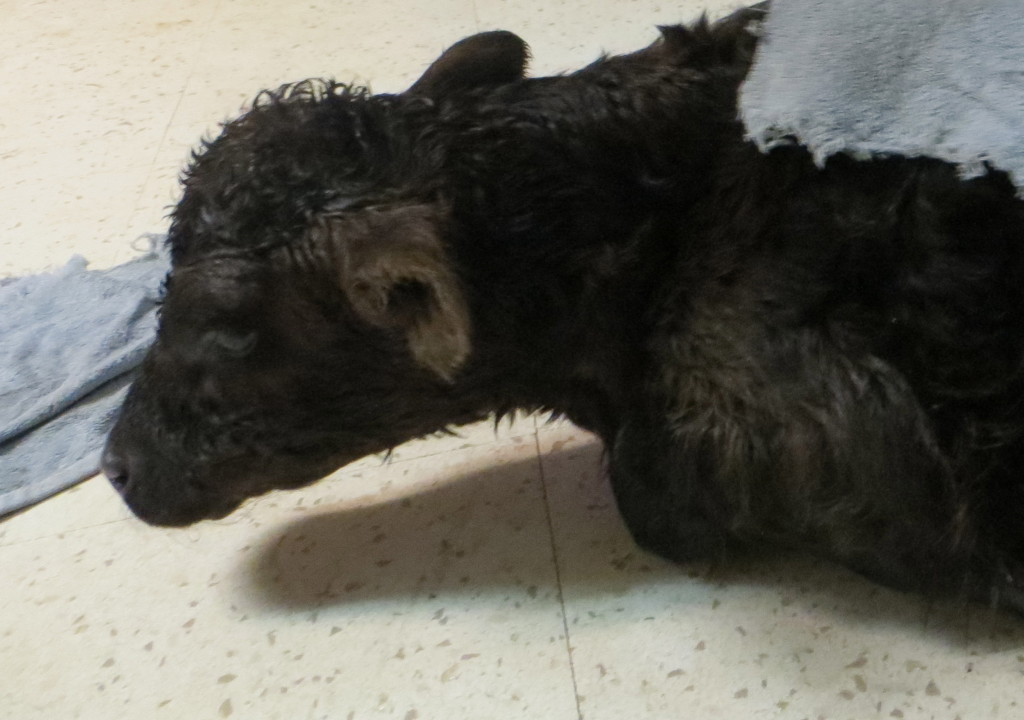 At first thought, I worried Brandon had run over a dog… then I realized!  He was walking into my house with a newborn calf in his arms!  Movie forgotten, Victoria, I, and the twins descended onto her to warm her up.

It was cold outside, the weather has dropped to zero and a few degrees under as well.  Though she was not suffering, the guys decided not to risk her, and brought her in to warm up a bit.  She’d had her first taste of colostrum, but she was shivering.

Two year old Waylon grabbed the rag I offered him and sat down next to her, no fear or trepidation, and went to rubbing.  Rubbing, rubbing, rubbing, simulating the licking that her momma would be giving her.  Wyatt was not interested, but played close by.  Waylon rubbed gently… me, a little bit more vigorously!  I threw an old towel in the dryer and warmed it up, then rubbed her some more.

The entire time Waylon was attentive, peering into her eyes, leaning against her, wiping her down.

I don’t need to tell you that I have Super Cute photos of that!

Finally, her shivering stopped, her mouth was fully warmed, and she lay quietly on the dog bed, under a warmed towel.  Time for supper, boys!  By the time supper and a bath were done, the little heifer had been returned to her momma for more care.  Waylon looked for her and was told she was back with her mother.  He shrugged and went back to playing… just a cold calf on a cold day… just another day on the ranch…

2 thoughts on “Cold Calf on a Cold Day”