You guys amaze me!  The guesses from yesterday’s post were correct! 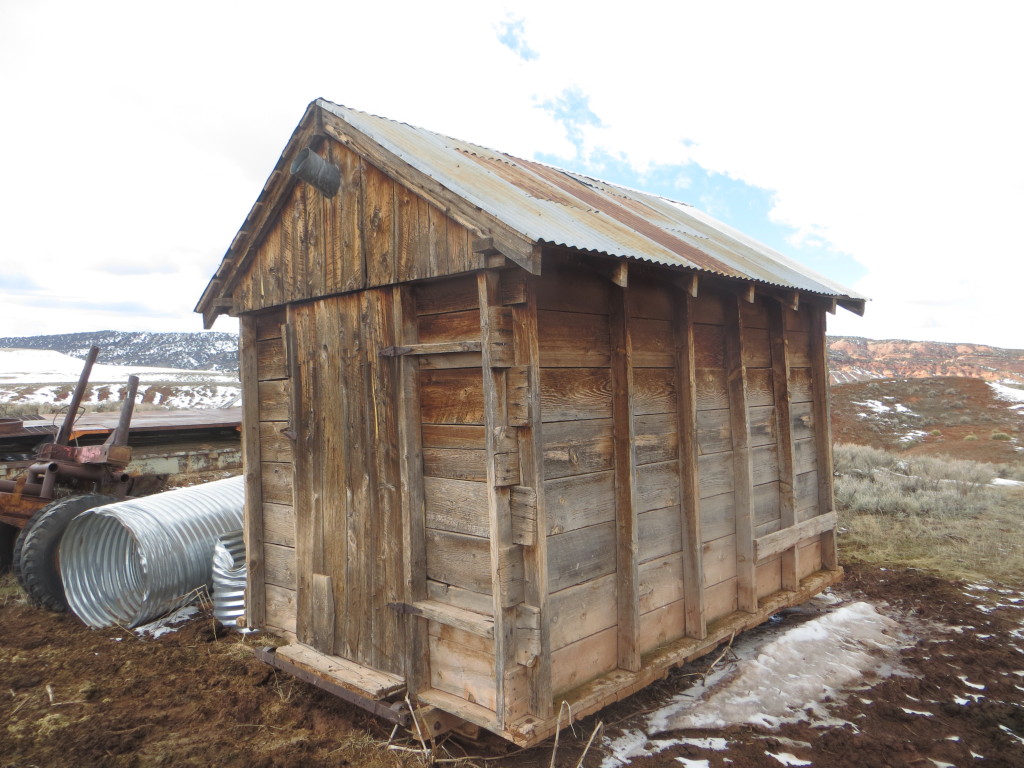 will soon become my Bee House, my Bee Building, my Bee Boudoir!

The inside needs some cleaning… 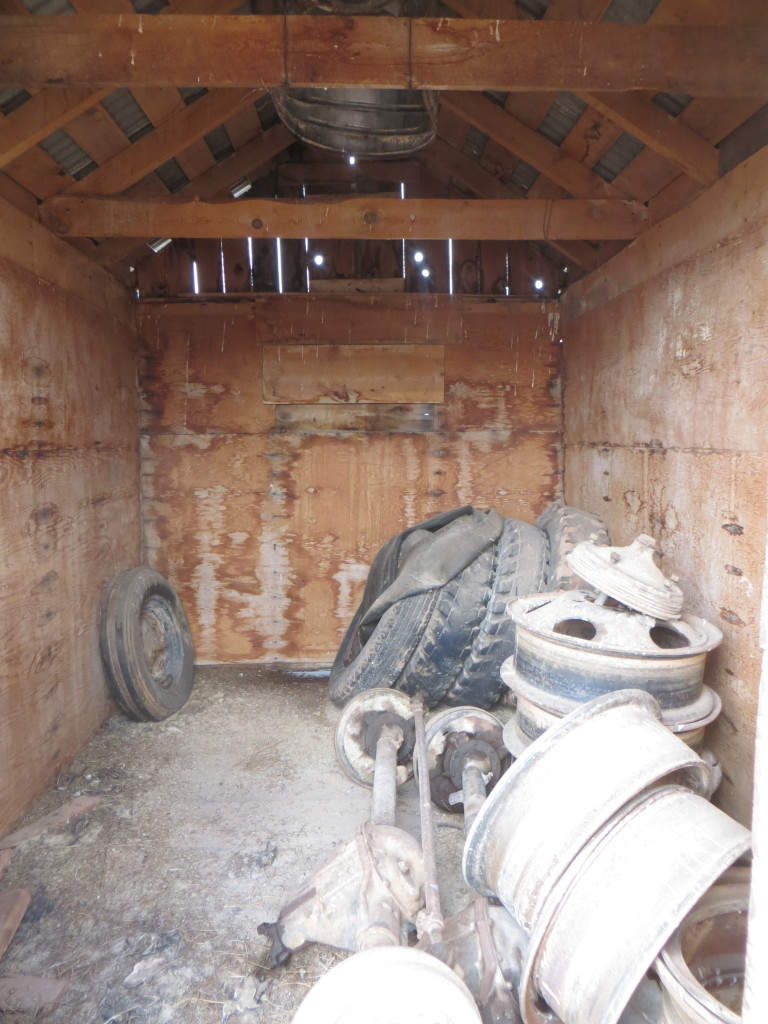 That’s what I was *supposed* to do today, but getting my little mini truck down there in the slick mud and, yes, it *did* SNOW again last night and this morning, is purt near impossible… Tires will be rolled to the big granary… the rims *may* stay as supports for my hives… old grain will be shoveled out (while I wear a mask! ick.)

Now… I can hear people, especially bee experts, loudly protesting!  “You can’t put bees in a building!!!”  And, me, the bee newbie (newbee!) is saying, “Well, why not?”

To move my bees away from my house (where my dogs could run away deer, coons, and skunks), and where I would have to fence livestock OUT, just seemed like a daunting task.  Where was I going to put them?  Then a friend, yes, you J.!, mentioned seeing a hive *inside a cabin*.  Well… I’ll be dipped.  Why didn’t I think of that????  Bees are known for colonizing sheds, garages, buildings both abandoned and lived in… why not put them there on purpose???

This granary is not insulated… At the far end is a high small door that you can swing open to load in the grain.  I plan to raccoon-proof that with some wire.  Above the main people door is a pipe also open to the outside, that I can cover with some chicken wire to keep birds out.  The main door can be tied open in the heat of the summer to create enough air movement between the two, I can’t see them overheating!  In winter, both can be shut when the cold gets extreme, but the bees can still escape through cracks if necessary.

I will need a screen door of some sort… but I know where one is, and I’ll have to see if it’ll fit!

I could drill some small holes and have a landing board too, and line the hive entrances up with them.  I’ll have to see how the layout works first though!

With this setup, my bees will be safe from coons and skunks, no deer will be able to rub their antlers against them, nor cows scratch an itch.  They will be protected from extreme winter cold, and high winds (or at least BETTER protected!).  This granary is on skids, so I actually could move it if I wanted to… but they are not too far from water, and the fields, so, really???

Is there anything wrong with this picture?

I know the old adage about moving bees, but I’m going to do this… and lock them in their new house for three days.  I’ll then let them out, and see if they don’t accept it.  I know you’re not supposed to believe everything you see on the internet… but, I’m giving it a shot.  As a newbee, I have a lot to learn, but like most people new to something, I’m eager to try some new approaches that aren’t standard practice!

I mean, I did label this apian journey as Bee Adventurous, didn’t I?