I don’t know how I stumble across these things… but I’ve found a couple of great ideas that I thought I’d try on my Bee Barn.  It seems to be cool in there, with no direct sun, the bees aren’t as active as they were in my open shed I had them in, so I was looking for a way to heat the Bee Barn.

Enter Pop Can Heater.  Google it, and you’ll find quite a few videos explaining how to make them.  I was going to use it in my chicken coop, but there’s electricity there, and it was just easier to give them a heat lamp!  The Bee Barn has no electricity. 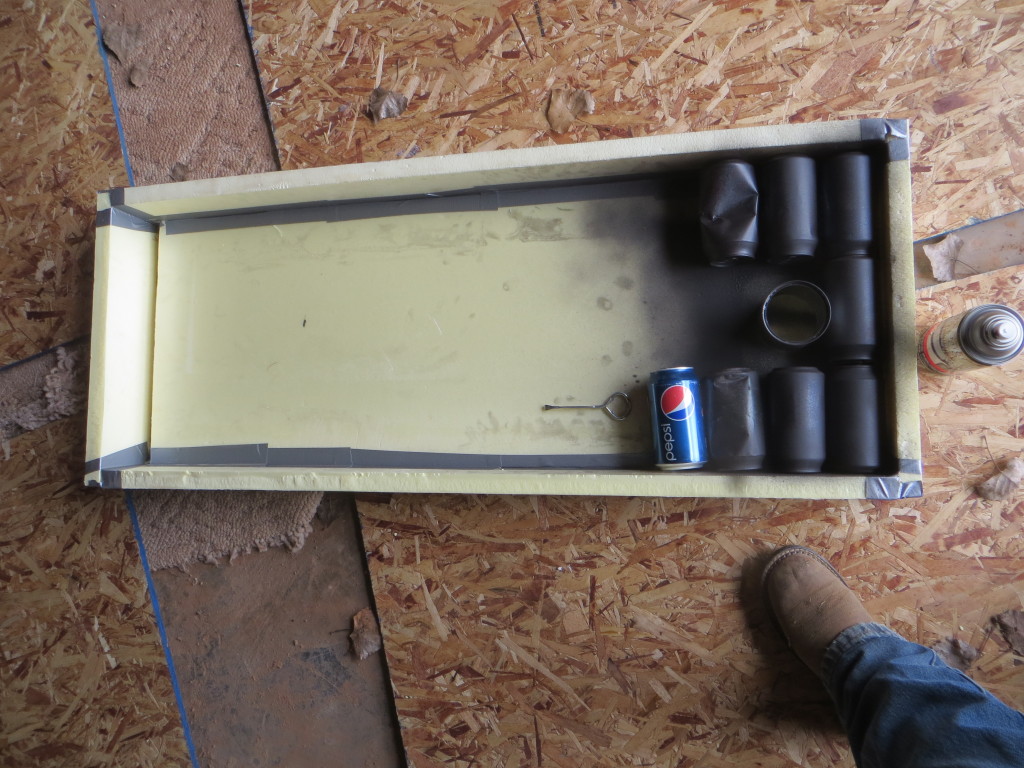 I kept it as simple as possible.  I figured if it worked, I could improve upon it later, but I just wanted to see if it worked first!  I used some leftover rigid insulation I had, pop (and possibly even beer!) cans were spray painted black.  I simply used duct tape to hold it together. 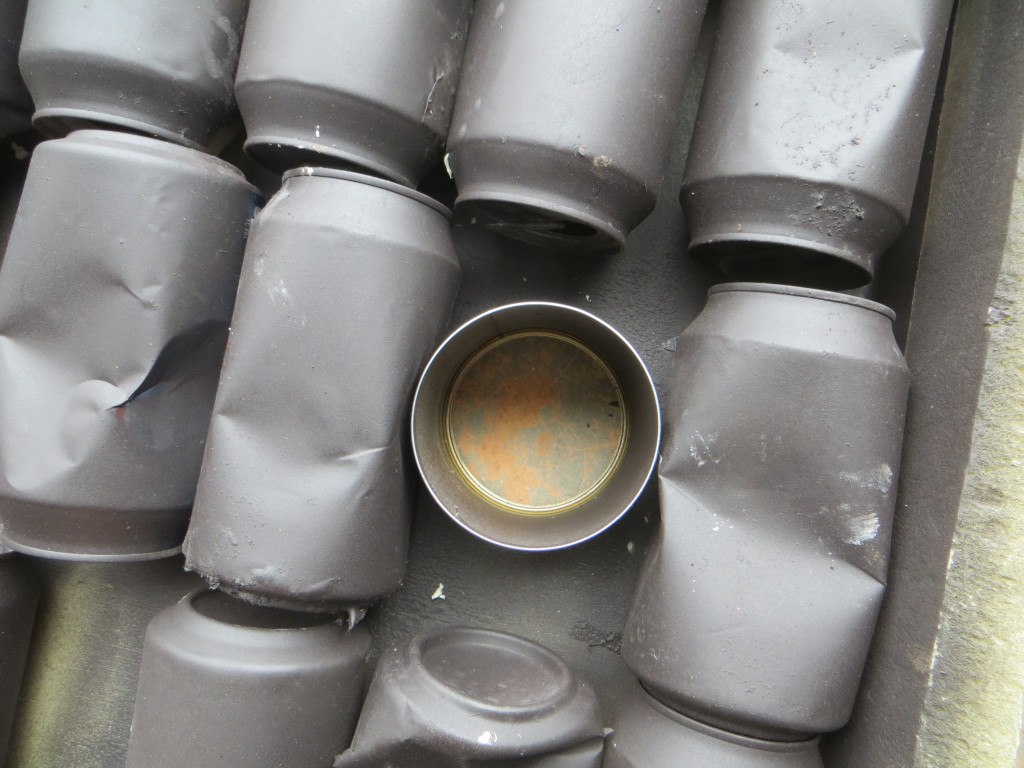 At the bottom for a cold intake, I used a mandarin orange can with both ends open.  I cut a hole in the insulation, so the cooler air could come into the pop can area and be heated. 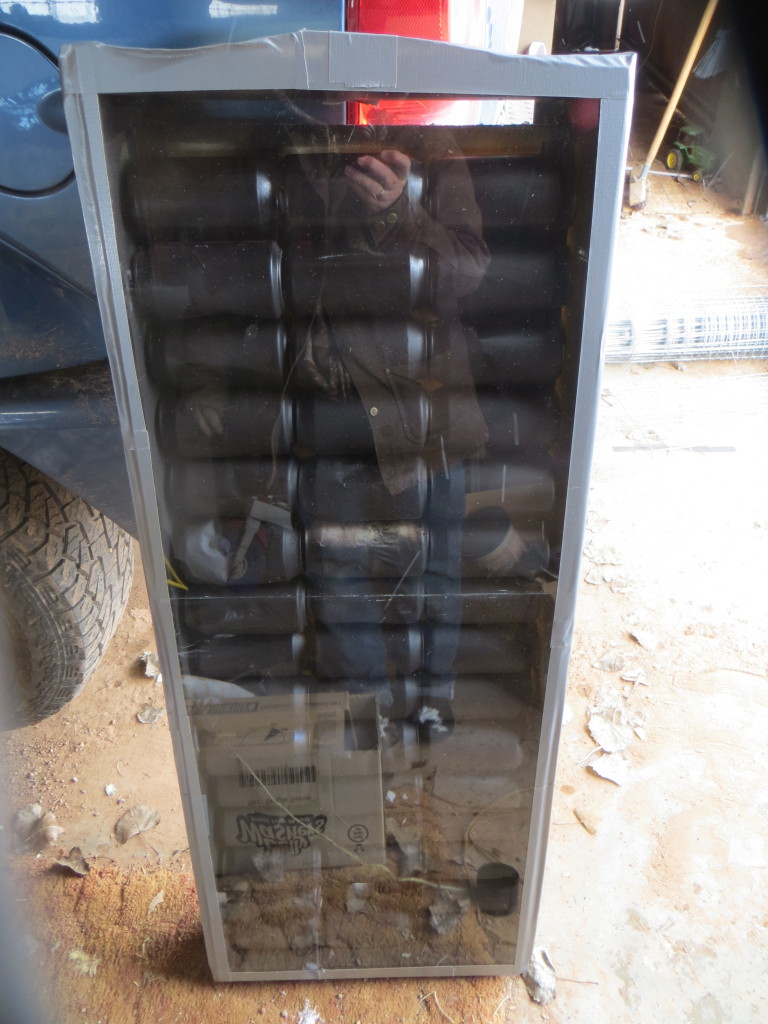 I simply left a gap at the top for the hot air to escape through.  I was going to eat more mandarin oranges, but since I created this gap, I left it as it was!  Old window glass fit pretty good.  The top piece I tried to cut, but I REALLY STINK at cutting glass… so the nice curve on top was just a pretty design.  I taped the glass in place as well.

Now to the Bee Barn! 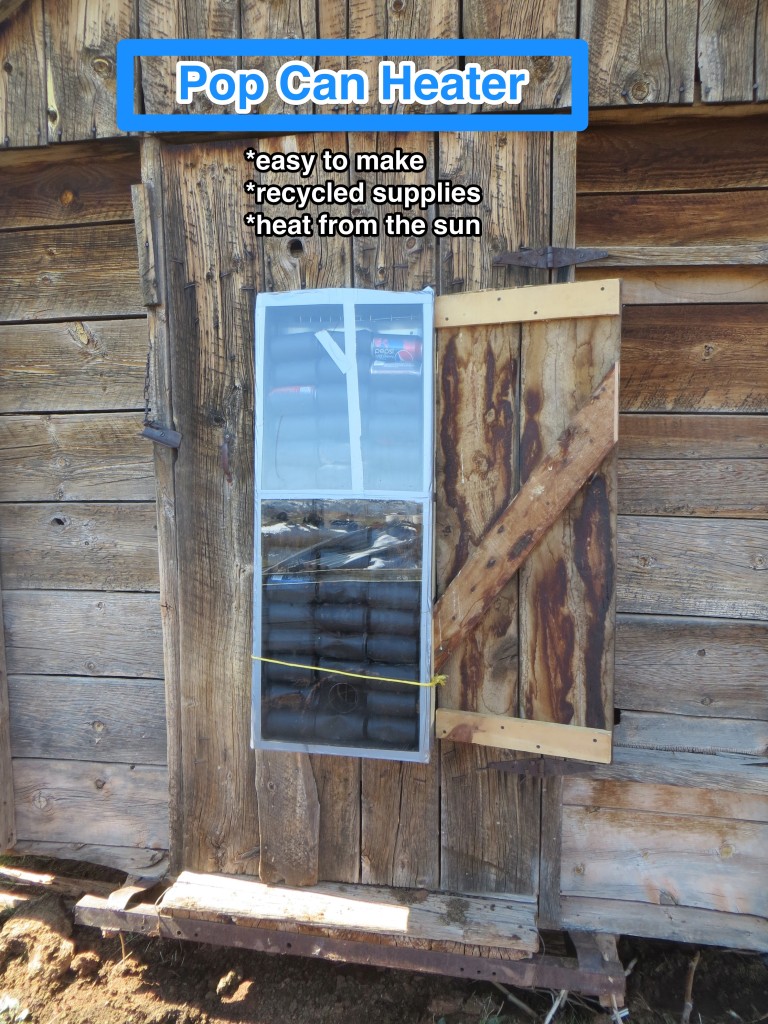 BUT!  That angle isn’t on purpose.  Installing it at an angle would improve on its efficiency, but, no… Carol Measured Wrong.  Good grief.  It didn’t really fit side to side either as I didn’t take into account that the door couldn’t swing entirely open.  Poop.

I debated.  I agonized.  I was going to install my water bottle light… and then, I just cancelled that idea as well.  What I need is windows.  Windows to let in light and heat, and if I want to, I’ll put in some cans of rocks to absorb the daytime heat and release it during the night.

Though it was easy to build and it did work (I could feel the heat escaping through the top gap), it just isn’t going to work in this situation.  I would have been tempted to get a little solar fan to blow the hot air out in the future… and though it would add to its weight, I wondered about having sand or gravel to prolong the heat exchange… oh, well.

I’d encourage YOU to investigate this Pop Can Heater and the Water Bottle Light too… They’re good ideas, and they just might work for you!

5 thoughts on “Pop Can Heater”