The goal today was to get my “new” chicks relocated to the chicken coop.

First, put the Baby Bull in the alley, so he doesn’t help.  Twice he’s been in the milking room where I’ve been keeping my new chicks.  And, yes, he’s trashed it!  Not a chance this time, buddy! 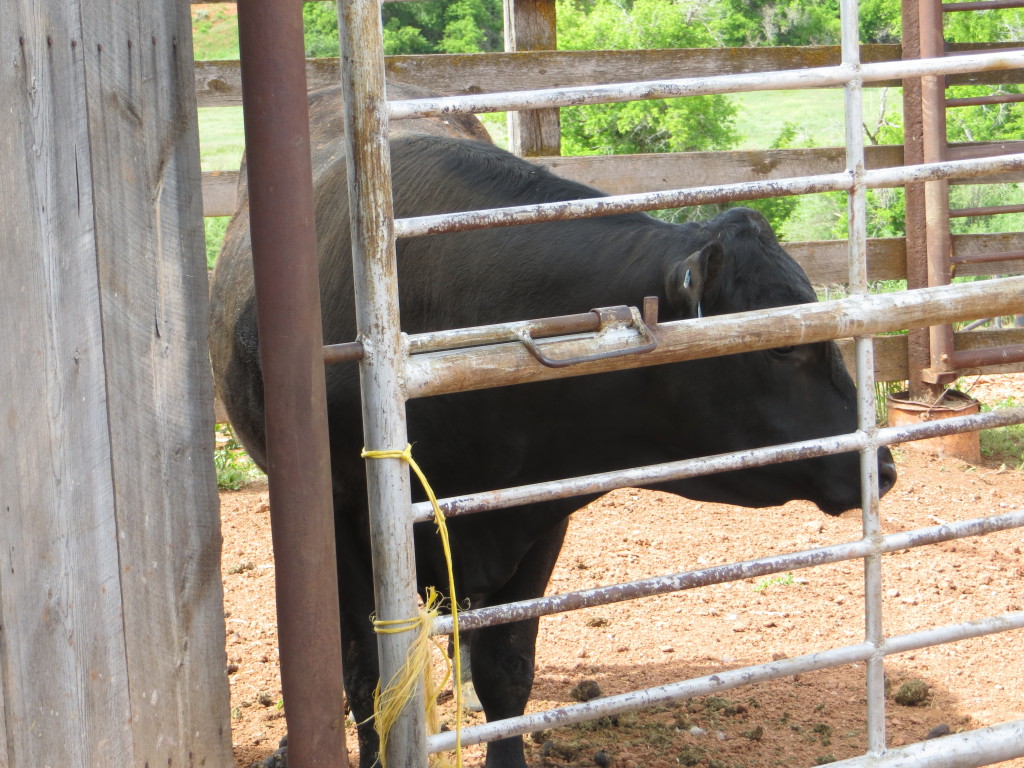 Then, I waited until almost 9 o’clock, and I hadn’t fed the chickens.  I entered the room, threw some feed in my dog crate, and zoom!  I had chickens in the crate!  They then got a ride in my little white truck… which they DID NOT ENJOY. 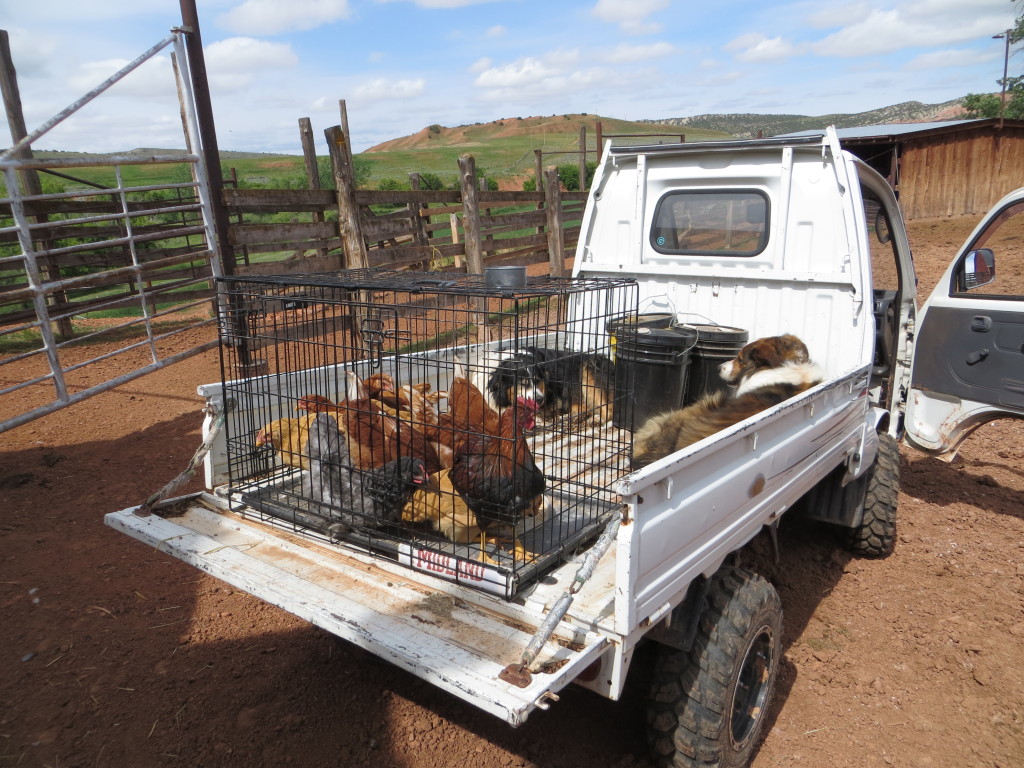 I then lined the crate up with the dog kennel that is attached to my chicken coop… and opened the doors.  Easy peasy!  It didn’t take long before they were installed.  My old chickens usually use the little door that leads to this pen, but for now, they have to use the people door.  I’ll let the new chickens hang out here for a while, so the old chickens can check them out, and they get used to being fed and watered here. 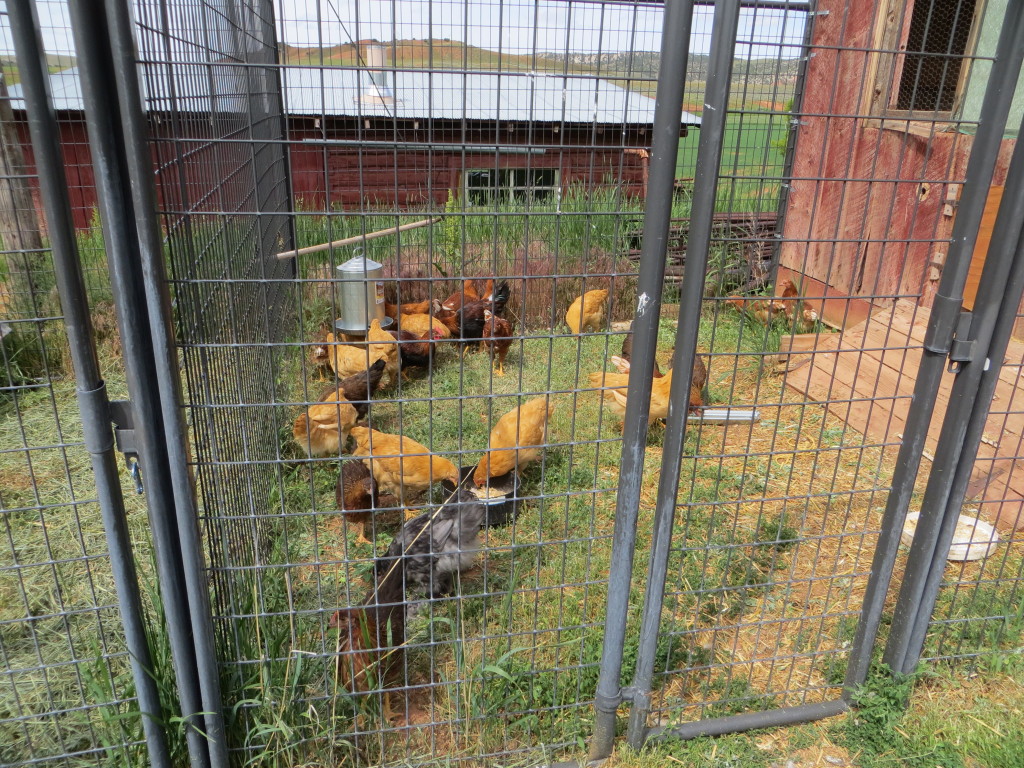 I proceeded to clean the coop, install more nest boxes, and I’ll hang more feeders too…

Then, I caught this. 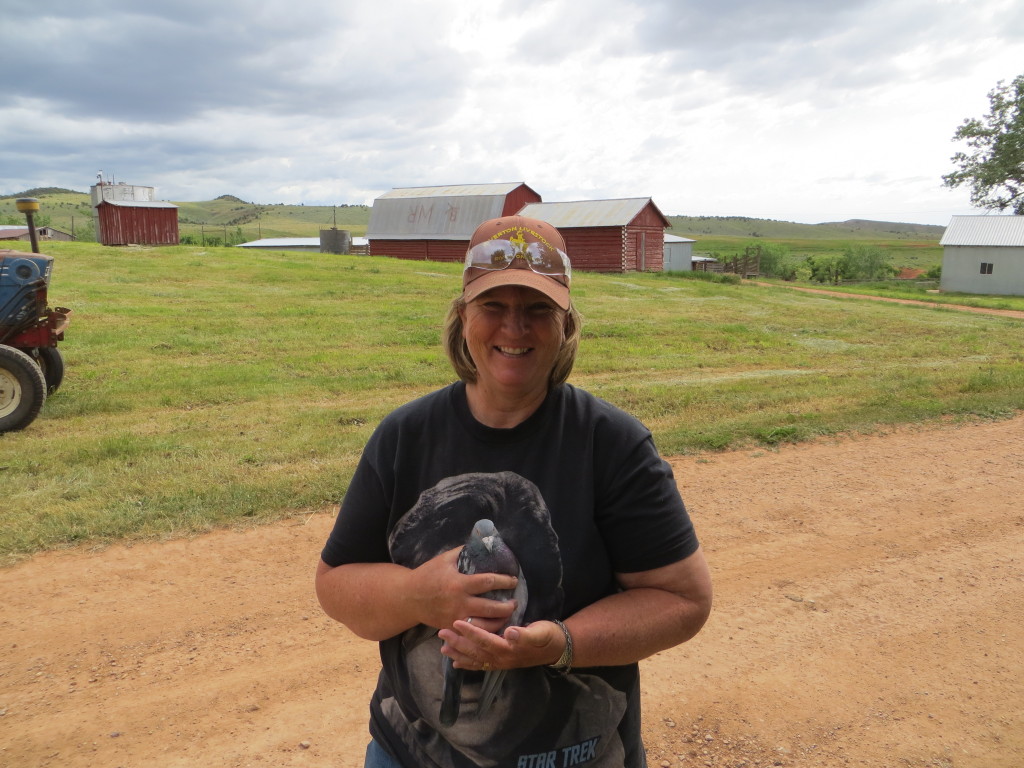 Yeah, I know, I look gorgeous after cleaning out a chicken coop!  You’re supposed to be looking at the pigeon!  This friendly pigeon was noticed by Vernon yesterday.  He has a band on his leg… and I spent some time figuring out his story. 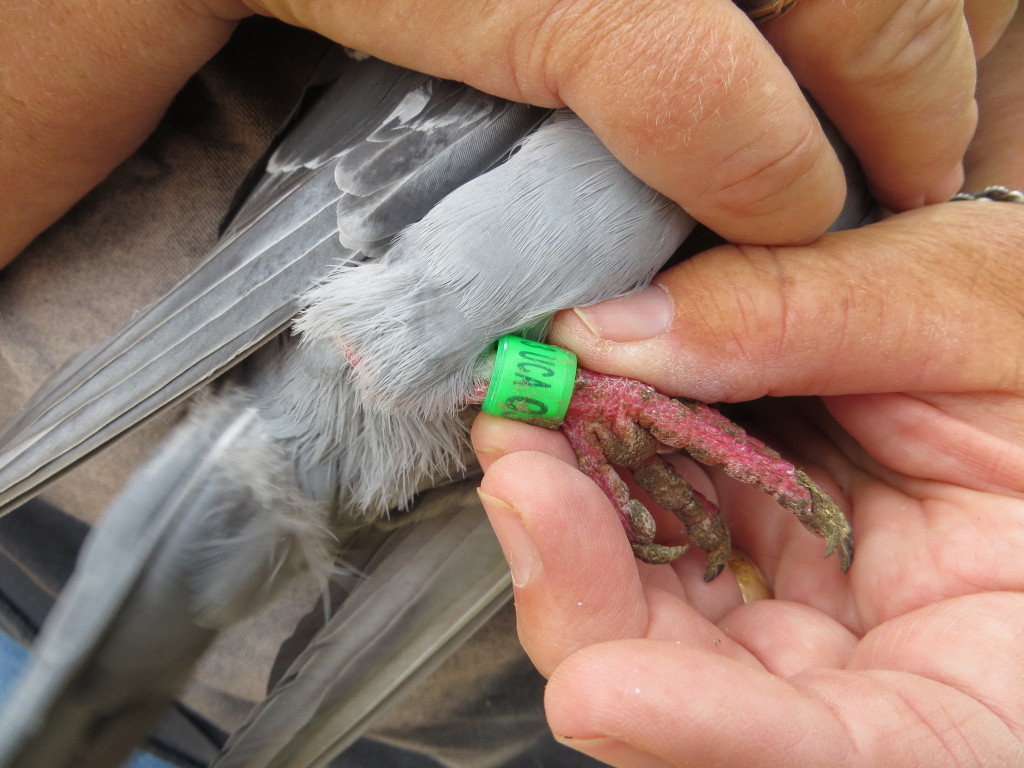 This band told his story.

He belonged to a young man from Utah County, Utah.  He’s just left on his Mormon mission, so he’ll be gone for two years!  The racing club might be able to pay for me to ship him home, and unfortunately, they don’t race from anywhere closer than Jackson.  It didn’t sound very simple to get him home.  Since there are wild pigeons in the area, he’ll be ok… and he might even leave and continue his way home.  I had an interesting conversation with the club secretary, learning that racing pigeons average 35-40 mph, and he’d had one clocked at 66 mph with a tail wind!  Thousands of dollars, pedigreed birds, races clear from the Canadian border to central Utah are commonplace!  It was an interesting conversation… but at the end, he said I am now the proud owner of one well bred racing pigeon!

It’ll be interesting to see how long he sticks around!

It was definitely a Bird Day!