Craig Johnson is coming to Ten Sleep!  The author of the popular Longmire mystery series lives just over the mountain in tiny Ucross, and he tours worldwide… but he’s coming here!

Technically, he is coming to Washakie County for the One Book Wyoming series that is being held in every county… So he’ll be in Worland as well… but, hey!  He’s STILL coming to Ten Sleep again!

So… as often happens at the library, I get to make the poster.  Other things preoccupied my time at work, so today I was going to create it at home.  Could I have whipped up a poster on the computer?  Sure.  But Carol had to make it difficult.  Carol told herself not to do ANY ARTWORK in the studio until it was FINISHED.  Carol told herself that zentangle, though it looks like fun, is VERY time consuming.  Carol doesn’t listen very well.

The novella that was chosen for the One Book Wyoming program is this one.

I haven’t tried zentangle yet, but, pshshhsh!  I just jumped right in!  For those of you who don’t know zentangle, one of my pysanky students told me about it.  It is quite similar in many respects.  Think of it as fancy doodling.  Many people link the “zen” to the “tangles”, or doodles, because they find it relaxing. 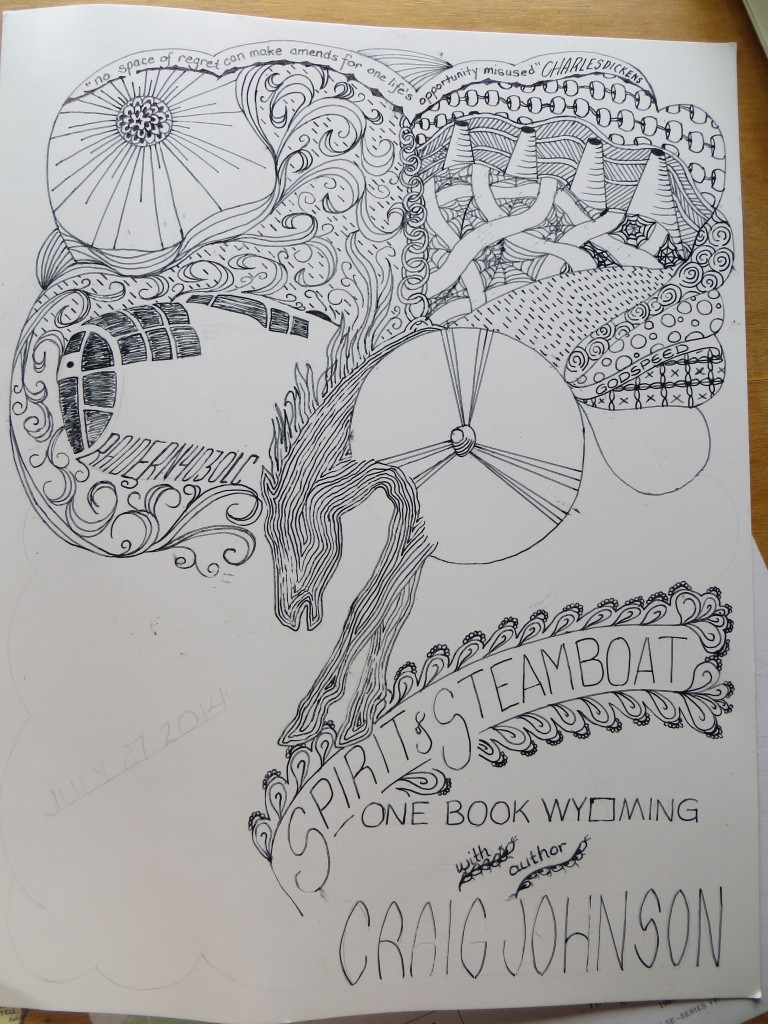 Here’s how it looks tonight.  Still incomplete, but awfully close. 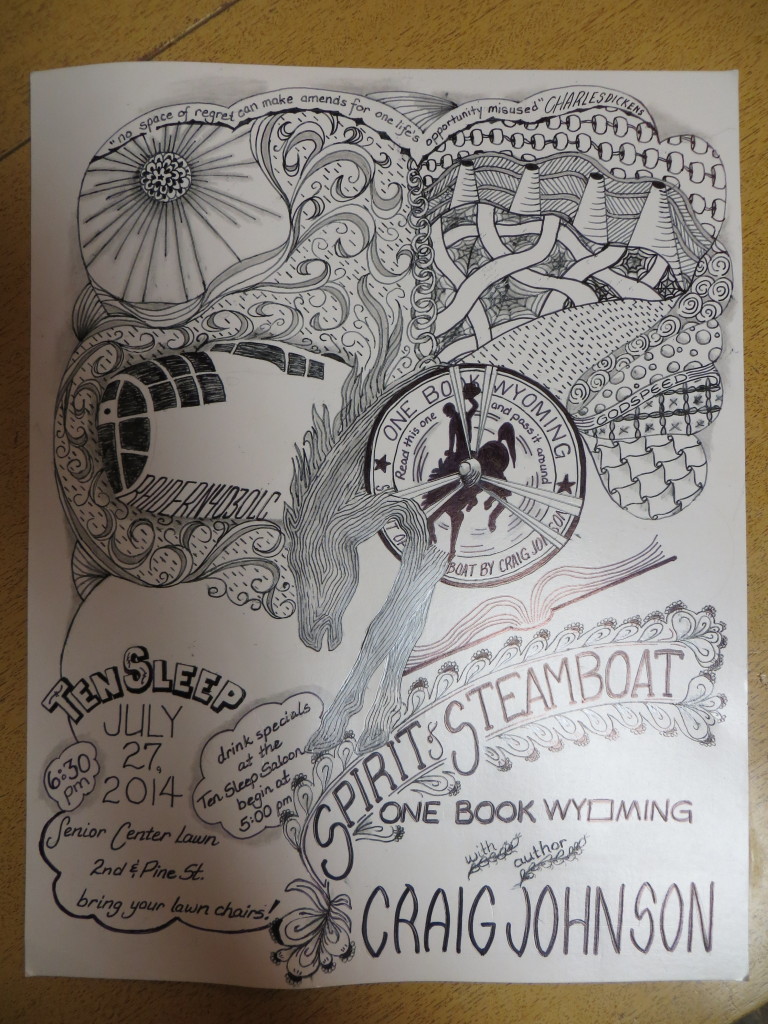 Now if you read the book… you’ll notice a few things.

The Dickens quote that is found five or six times in the book.

Steamboat, the B-25 bomber.

Steamboat, the bucking horse the bomber was named after.

A chain that holds the Steamboat horse charm along with beads and a few tin cones.

The blizzard that threatens their lives.

A flower with rays coming out of it, symbolizing Amaterasu, Japanese goddess of the heavens.

Trails and webs, symbolizing how lives cross and recross.

One Book Wyoming’s official logo, blurred behind the spinning prop of the plane.

The padded quilting of old blankets.

The call sign RaiderN4030LC shades the underside of the bomber.

I have a couple of more ideas… there’s more space to fill… but there’s no rush.

My goodness this was FUN!  Even if I did get a kink in my neck from working on it all day!  It’s my first official artwork completed in my (unfinished) studio.  I can see more zentangle in my future!  And I may just put it on display at Mr. Johnson’s One Book Wyoming visit!