I guarantee my puppies when I sell them, encouraging new owners to use me as a resource for dog training, health, the English Shepherd breed in general.

That’s why I now have Colt.

He is five years old and had issues at his home.  I picked him up last Sunday in Buffalo, as his family was passing through on vacation.  The owner and I had discussed him at length and I told her I could take him back, see if I could see the same problems, and if he looked like he did, I would assume the executive decision to have him put down.

Within minutes of having him, he snapped at my sister, and the outlook looked bleak for him.  However, I wanted to give him more than 30 minutes after a stressful trip and change from his family.

We went home.  Everyday he’s been here, I see him relax and come out of his shell.  There is no pressure on him, and I try my best to be on constant, though relaxed, vigilance with his body language.  A worried look, a closed mouth, a turned head from Colt is met with me trying to relax him by turning sideways, yawning and turning my head, licking my lips, and squinting.  It may look strange, but hopefully it means, “Relax, man, there’s nothing to worry about!”  If he’s worried, I back off!  There’s really nothing he needs to do.  His manners are great, sitting and waiting for opening doors and at feeding time… He’s very athletic with a slight build and a running speed my dogs can only dream of!  He has so much of Elsa in him… Plowing the creek with his nose and blowing bubbles… An insistent nose reminder that “I’m here, I’m here!” that Elsa used a great deal.

Had I not known he had a few problems, I would simply see an English Shepherd, a dog that I hadn’t tested all of his limits yet, but one that is willing to learn to love and trust again.

Will I be keeping Colt?  No, I don’t think so.  I have been hoping for a new female pup, one that I could breed Lucas to in the future.  Four dogs is too many for me, and, Lucas and Colt and Dally are not the best of friends.  Blood doesn’t play much of a role in dog relationships!

I am looking for a home for him, hopefully one on a ranch or farm, without many visitors, but for sure one with a dog savvy owner.  One with patience to give him time to settle in and learn his way around.  He has NOT been used on livestock.  He is hard on cats.  He was great with his family, children included.  The owner must be relaxed but firm, not overbearing or demanding.

If you think you might know of a possible fit for Colt, please let me know.  He’s having a blast here, but he’d rather have a blast with a new dedicated owner. 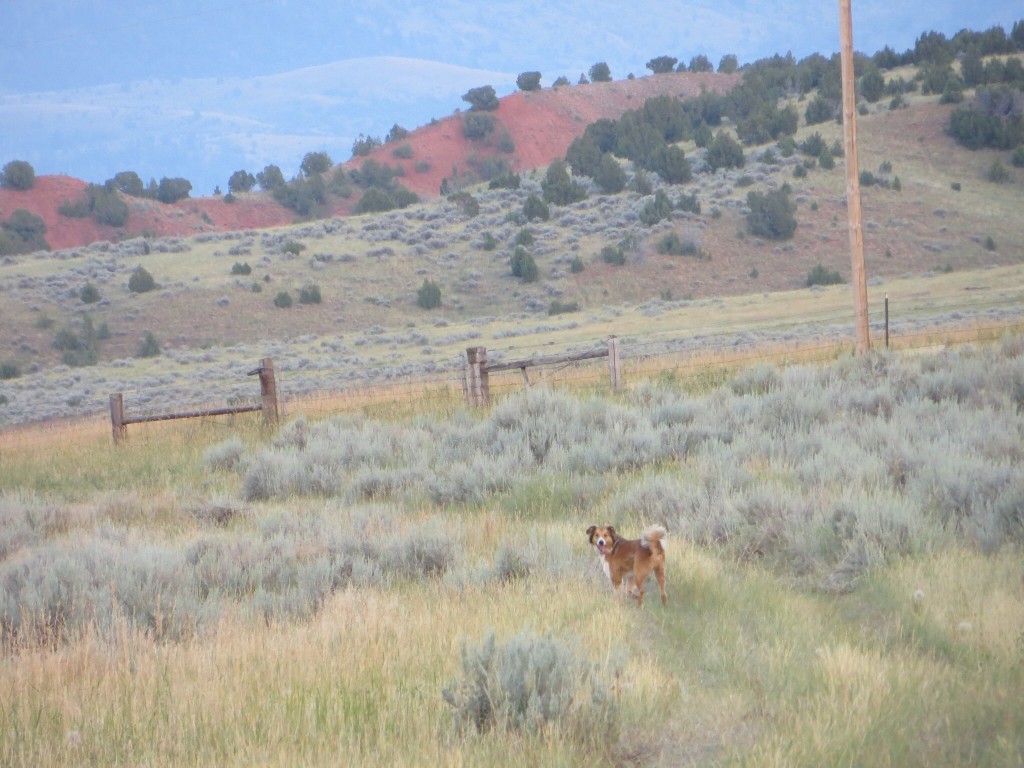