Elsa was better by far than Dally or Lucas… Maybe Eden has inherited those genes from her Great Aunt.

After training on some basic commands in the field (close to some calves for distraction and acclimation), I turned her loose with the “mouse, mouse!” command.  I didn’t really think she’d do too much although I’ve seen her digging around… but, man! she was on fire!

Snow, weeds, grass… that nose was buried and snuffled up scents like rich perfume…

There was even a few half mastered pounces!

She’ll have her work cut out for her if she wants to catch moles on this place… She’ll also be FAT! 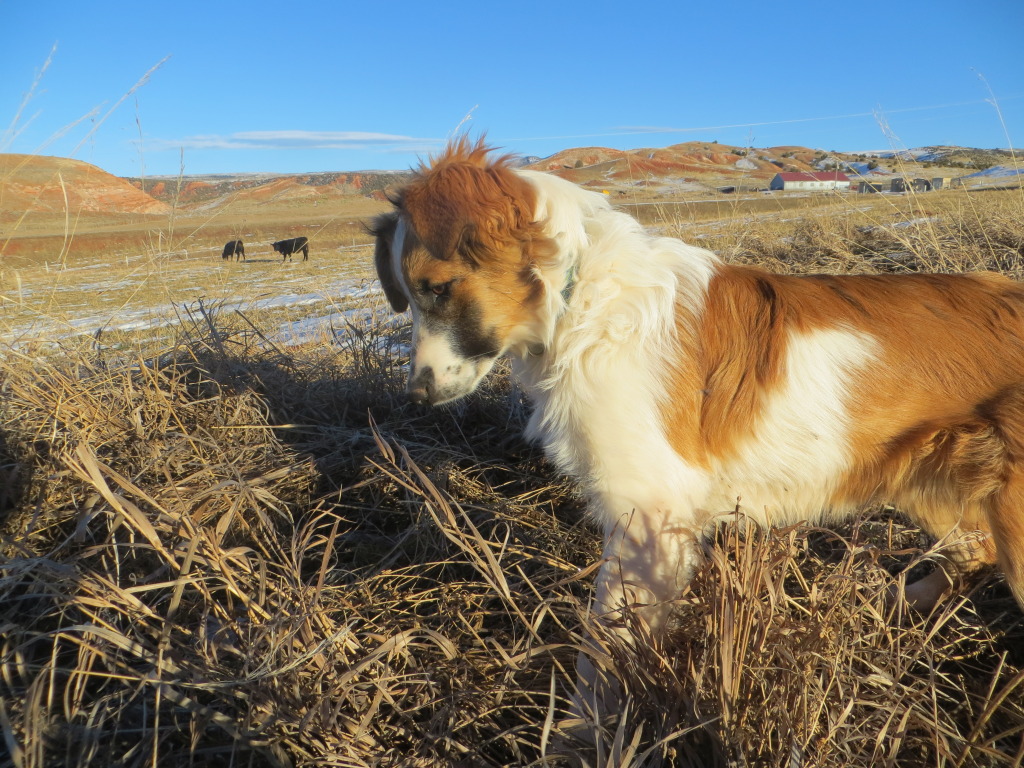