Since I’ve asked for questions for my next Q&A session… I received one that deserves its own entire post!  Plus, this has happened recently, and I wasn’t there to document the process, so once again I’m going to bring back to life an old post!

Carole asked:  “Since you have a heifer who lost her calf and a calf who lost her mother, can you put the living calf and new mother together for nursing and nurturing?  Will they accept one another?”

Carole, you’ll be happy to know the answer is YES!  The little eyebrow calf has been grafted onto Daniel’s registered heifer.  They are still getting used to each other, but for the most part, they accept each other.

(As an aside… I keep thinking of this calf as Spock.  His “eyebrows” aren’t quite as exaggerated as they seemed to be when he was born, but they were Vulcan-ish.  And with the passing of sweet Leonard Nimoy this week… in my mind, at least, the calf has become “Spock”.  So shoot me.  I’ve been a Trekkie all my life!)

The following post takes you through this grafting process step by step and was originally posted on March 30, 2010.

She’s the tiny little twin we’ve been bottle feeding.
Today, we found her a new mommy.  Unfortunately, that meant another calf died… one we’d doctored for scours (severe diarrhea) and he eventually succumbed.  But life on a ranch isn’t easy and we know that.  Turning a misfortune into a lucky game is the goal if it can be accomplished.
For Half-Pint… she is lucky.
For those of you easily disturbed… you might want to stop reading now…
La la la la la.
OK.
For the rest of you… here’s how we turn misfortune into good luck by playing a trick on Mother Nature.
We make a jacket.
A new smelling coat for Half-Pint.
This is my job.
I skin the dead calf to the appropriate size for the small twin.  No, I won’t show the dead calf, nor me skinning it, but here is the new “jacket”. 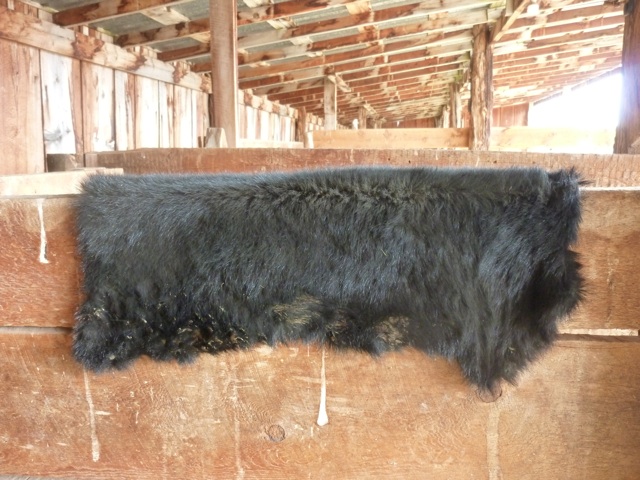 Behind me is the other necessary equipment… baling twine. 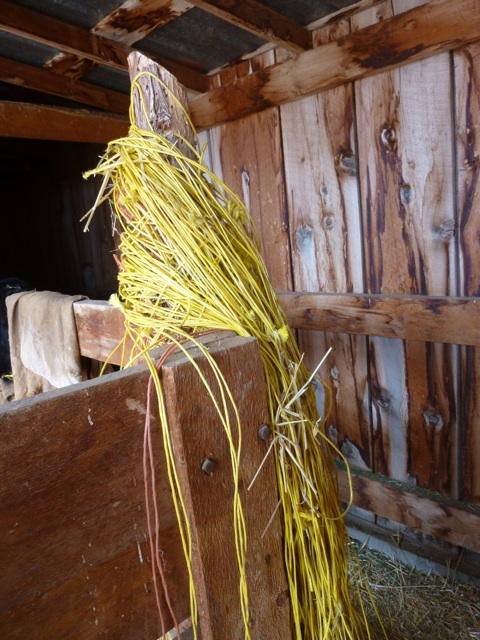 Left from all the hay we’ve fed the heifers… it is the ranch item with 1001 uses!
I slice a few holes and insert the twine. 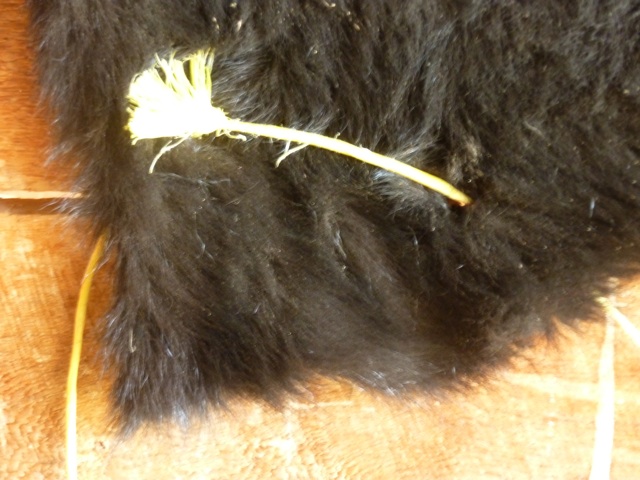 Each corner will get a section of twine to tie around Half-Pint’s legs. 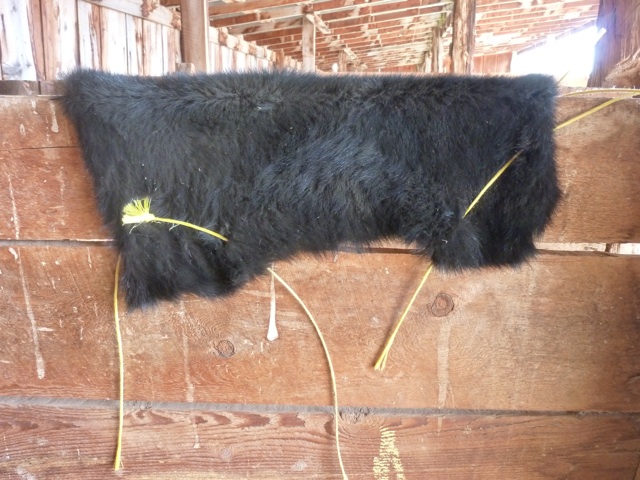 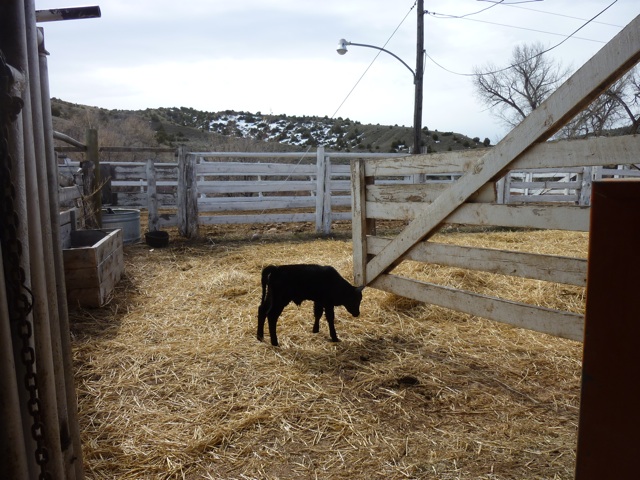 Oh…. Haaaaallllff – Pinnnnnt!
Quit playing with that gate and come try on your new jacket.
Aaaaah!
Aren’t you sweet? 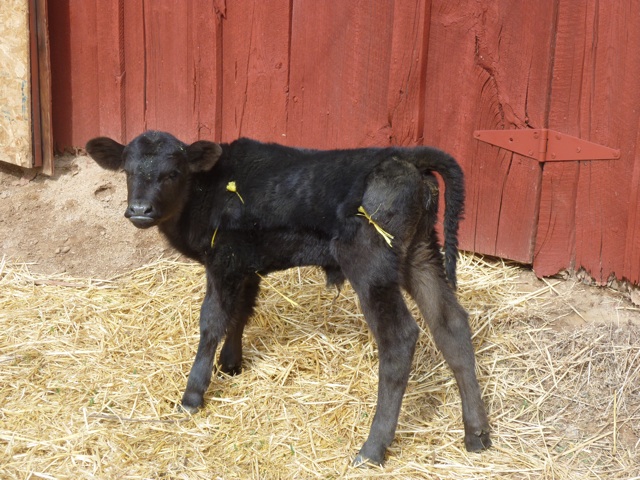 Well, if not sweet… at least you smell like the dead calf… somewhat.
So…
We put Half-Pint and her new mom together in a pen… 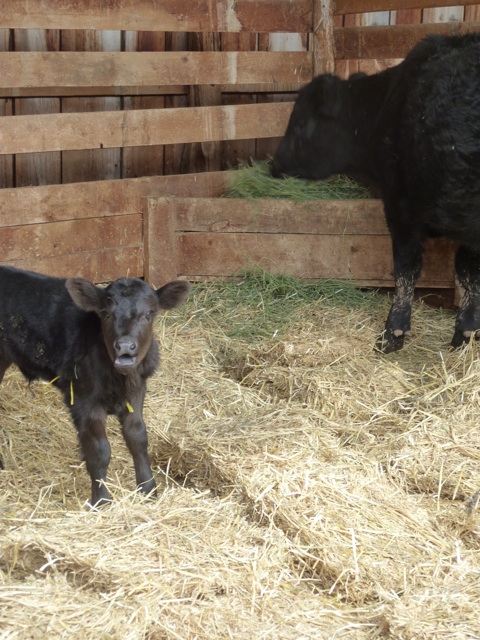 The cow smells her lost calf on Half-Pint and doesn’t kick the strange calf away… which she would have had Half-Pint not been wearing her new jacket… and Half-Pint soon figures out she can drink from 4 *bottles* whenever she so desires!  By evening, they are both happy.
Sometimes it doesn’t go this smoothly… but today was a great example of a successful Identity Theft in action… Wyoming style.
Find me here!