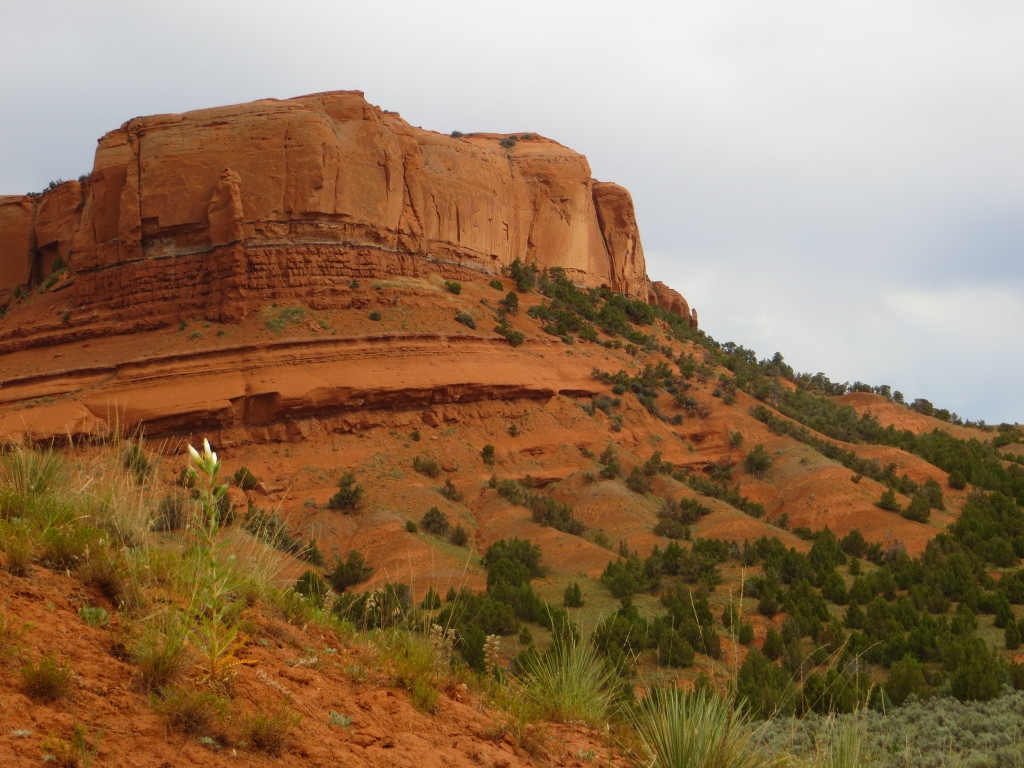 My father-in-law, Johnny, had an older brother James E. Greet, who wrote down some of his “reminisces” in 1991.  I glance at the book every once in a while, and I always enjoy his tales about this Red Dirt Country.

“There was the summer that the folks lived on the mountain claim with my older brother and sister and me.  I was about three years old, and that would have been 1921.  Our home was a one room log cabin that dad put up.  It had a window in either end, and a home made door in front, with a wooden latch that was operated with a traditional latch string.  Mom would pull the latch string in at night, and our door was locked securely.

The cabin was real snug, as it was chinked inside and out with mud.  Mom made it even more homey by taking old burlap bags and opening them up and then sewing them together, until she had enough to cover the walls and ceiling.

When mom had that tacked in place, she took old newspapers and homemade paste and papered the whole inside.  This was very effective in keeping the dirt and dust down.  To discourage the mice from chewing it up, she put red pepper in the paste.  No need to get bored, for there was endless reading wherever you looked!

My mother was an accomplished pioneer woman.  She could milk a cow, ride a horse, drive a team, and was a “dead eye” with a rifle.  She could make a place a “home” for her family wherever necessary.”

My, how things are different almost 100 years later!  Makes those whiny people on “House Hunters” who HAVE TO HAVE blahblahblah in their house look pretty spoiled!  I mean, hey, the Greets had red pepper in their wallpaper paste!  That was COOL!