Everyone seems to be busy, neighbors near and far are gathering cattle, moving them, weaning, and/or pregnancy testing them!  That means multiple big semi cattle trucks driving by and then back again… various herds on the road and highway… and it’s the perfect time to share some tidbits about stock drives.

I’m guessing here, but I assume Wyoming is unique, compared to eastern states, in that we are a “fence out” state.  Traditionally from the Open Range concept that began the livestock business in the west, later settlers were told they had to “fence out” cattle if they didn’t like them running through their gardens and fields.  Cattle had the right of way and there was no way ranchers could afford to fence the thousands of acres they grazed.  If you were a homesteader, it was up to you to protect it from roaming herds.

The roaming herd part has disappeared over time, there is no true Open Range anymore, but the “fence out” law has stayed in effect.

Part of the breakdown of Open Range created the necessity of owning different parcels of land, to take advantage of the natural progression between climate zones and ranges.  This is “transhumance”, the seasonal movement of people with their livestock.  Pastoral people worldwide have done this for centuries and it continues today.

Before large semis for transport, cattle and sheep were moved by the cowboys or herder in the traditional circle… up the mountain in the summer where it’s cooler, has less bugs, and the grass is still green and sweet… down in the fall as winter begins to approach… over to protected areas for the cold, winter season… then somewhere close for calving season… then out to graze the early grass in low valleys and “badlands”.  They needed a way to get from here to there. 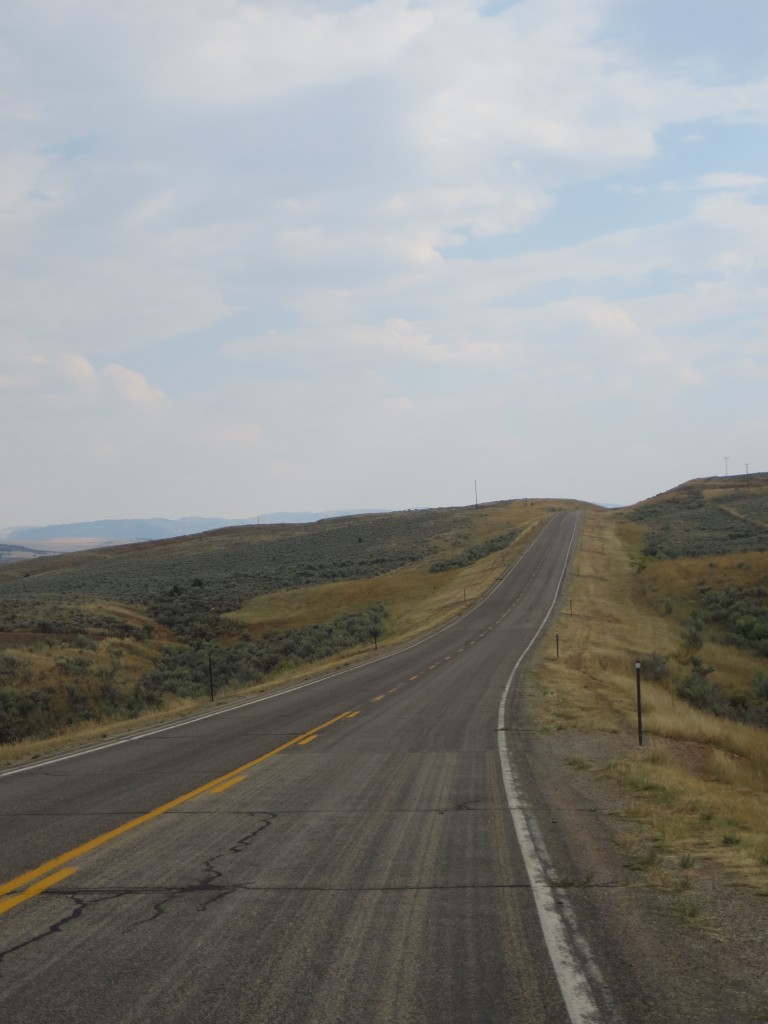 Do you notice anything about this highway?  Look for the fencelines.  They’re way out in the sagebrush! 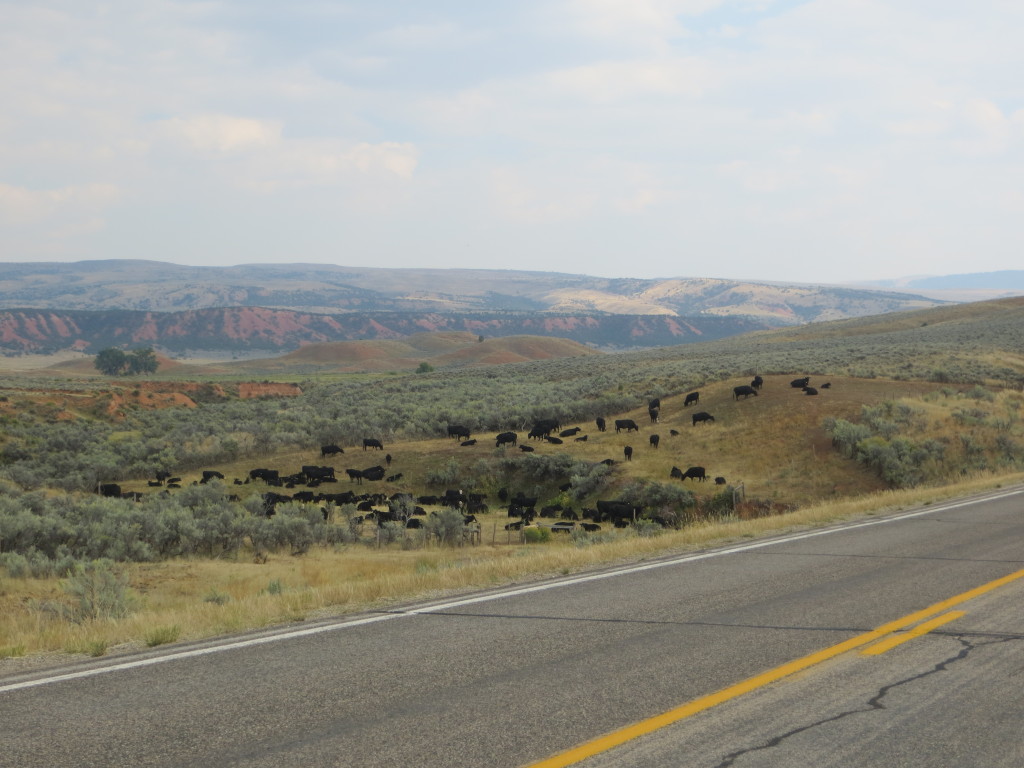 Instead of being right next to the road, they are widened, with every few miles, a holding pen.  This setup allows cattle to graze as they’re moved, to give them room to move off the highway if traffic comes along, and to  be held safely overnight off the road as they travel.  You can’t just leave your cattle in the right of way, you can stop and rest (like for lunch or if it’s too hot), but the grass is to be shared… and 99% of the time, everyone respects that.

You have to keep an eye on who is moving when… just so you don’t get your cows all mixed up with another herd!

Livestock still have the right of way, although as civilization encroaches, there seem to be more vehicle/cattle incidents.  But with the forethought of stock drives, at least our highway is a much safer place for man and beast!

(for an insight into transhumance, you might want to investigate Shepherds of Coyote Rocks by Cat Urbigkit.  It’s a well written book, and it just happens, the One Book Wyoming choice for 2015.  Cat will be visiting the Ten Sleep Library on October 1st.)