I was recently asked about my studio again… and if I could give a tour… so I filmed three today!  The first two were too long, with too many details, so I finally shortened it to about 5 minutes!  I was ready to start working on the movie, when the Denver Broncos started playing and we went to Tess and Daniel’s for chili and football. (oh, and congrats to the Kansas City Royals… I’m not a baseball fan, but, hey, good for you!)

Obviously the movie isn’t happening, but let’s remind ourselves how far we’ve come!

My first photos were from 2009 when I first came up with the crazy idea of working an original cabin/converted chicken coop/store room into my studio.  I had really no other idea firmly in mind other than cleaning it out from years of chicken poop and straw, re-chinking the logs, and putting some actual windows in it again.  Half was log, the other half stud walls.  It leaned.  It was filthy.  The nest boxes had six inches of ancient bedding in them.  It was full of tin and old gas tanks and tractor parts.  But it looked down on a field and out to the red hills… it had lots of (broken) windows…  I fell in love with it!

My pics don’t match up very well… but… they will have to do! 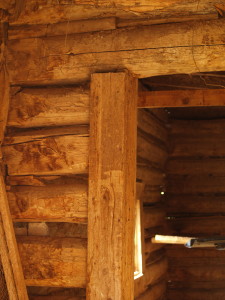 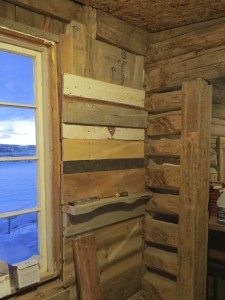 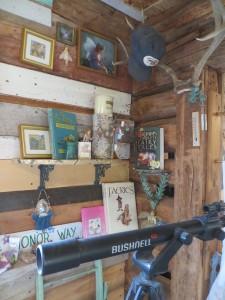 The front door and windows… 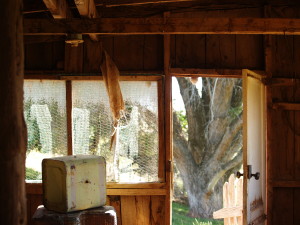 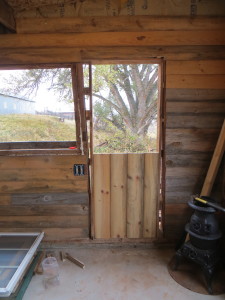 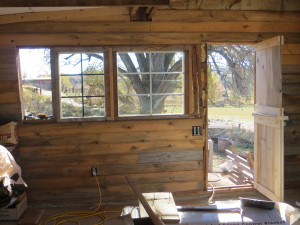 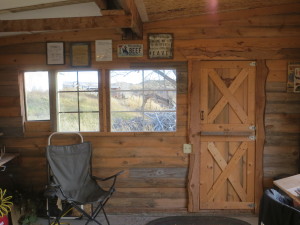 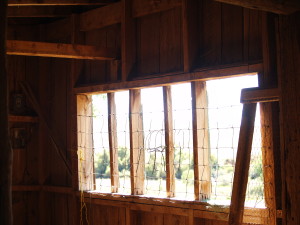 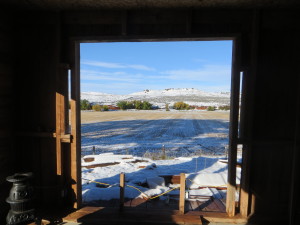 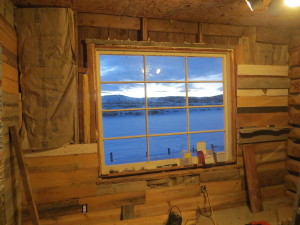 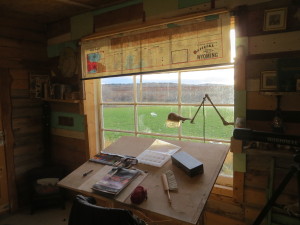 Sorry about the wonky sizes… but I think you’re getting the idea!  I could go on and on in every corner, but maybe the video will show it better… although without the “before” images.

So, what do you want?  More of these?  Just the video?  Let me know, and I’ll provide more of the studio update!