One of the best things about living out here is how different each day can be!  Today started with a dog walk, typical, at least once again since hunting season is over. Today I chose to walk a different route.  The neighbor’s horses were up in their new pivot field, and I figured it would be a great photo op. 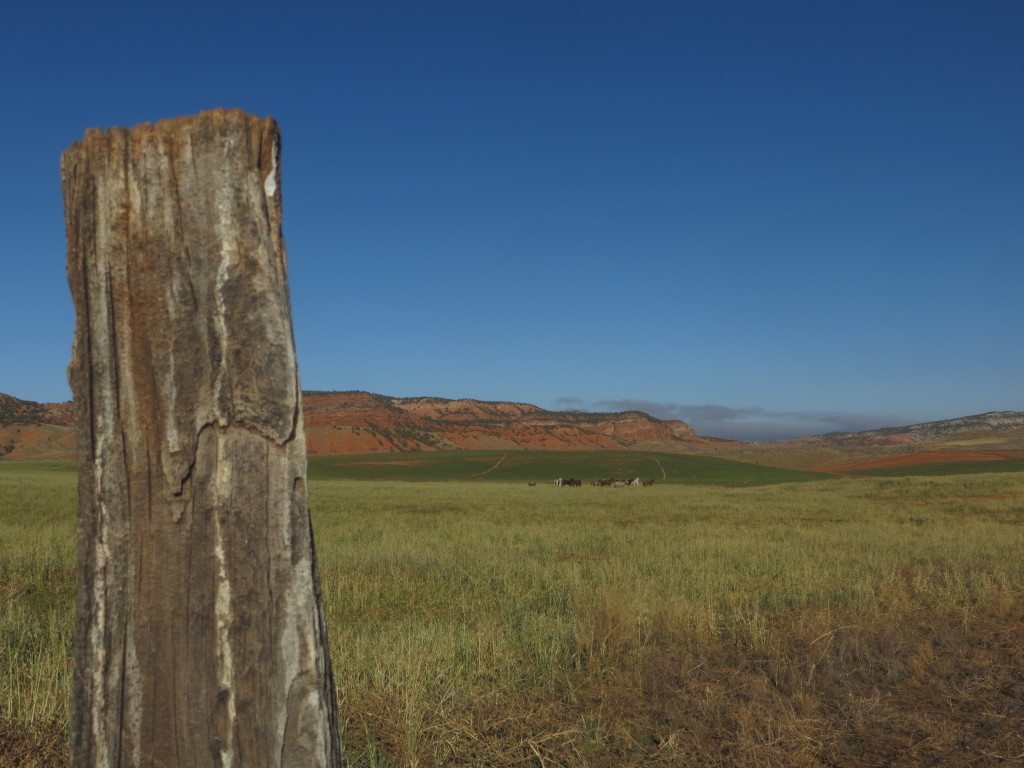 Yeah, not bad!  I needed to get closer.

Usually horses will come to a person or run away, depending on their temperament, but they weren’t really looking at me.  They kept turning and looking down the field.  I walked a bit more and saw a deer standing there.  It wouldn’t lift its head and look towards me, though, or the horses.  It didn’t run away.  How weird.  It’s only a few days past hunting season, but most deer are still pretty flighty. 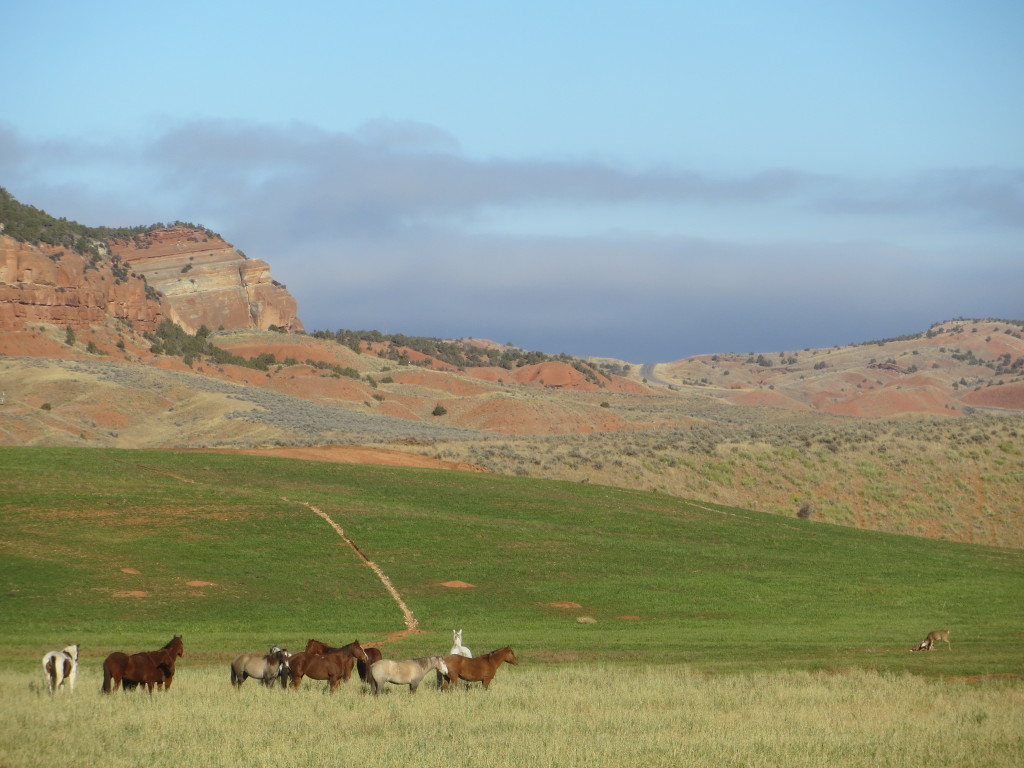 I approached a bit more.  I zoomed in my little camera as far as I could, then zoomed in on the camera’s screen.  It’s like binoculars, but worse…

Aha!  I got it.  Two bucks had their antlers locked together.  One was down, the other still standing, head down, attached in deadly combat with his opponent. 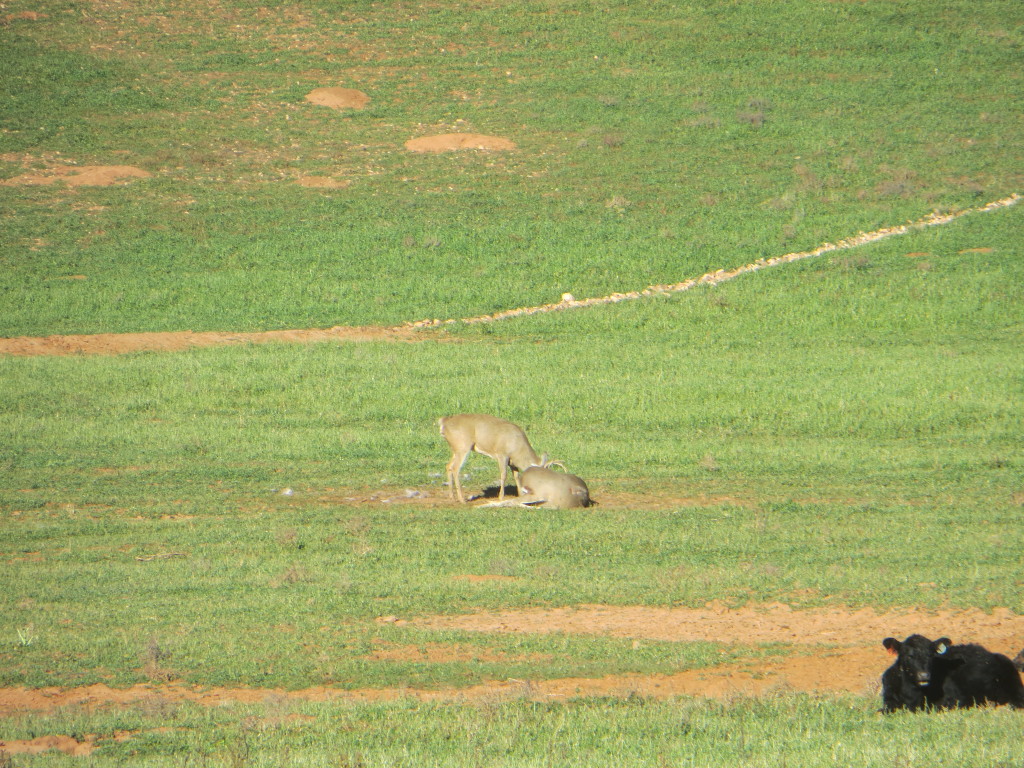 I had nothing.  No rope.  No saw.  No help but three dogs.  I turned and hoofed it back to my house.  Arriving sweaty and puffing, I grabbed a refreshingly cool drink, sat down, and placed a call.  I really didn’t expect the local game warden to answer, but he did!  He said he’d round up some help and come out.  What luck.  During some of the busiest time of the year for him, and I managed to catch him at home.

Forty minutes later, we drove back out in his classic green Wyoming Game and Fish truck.  Both bucks were down now. 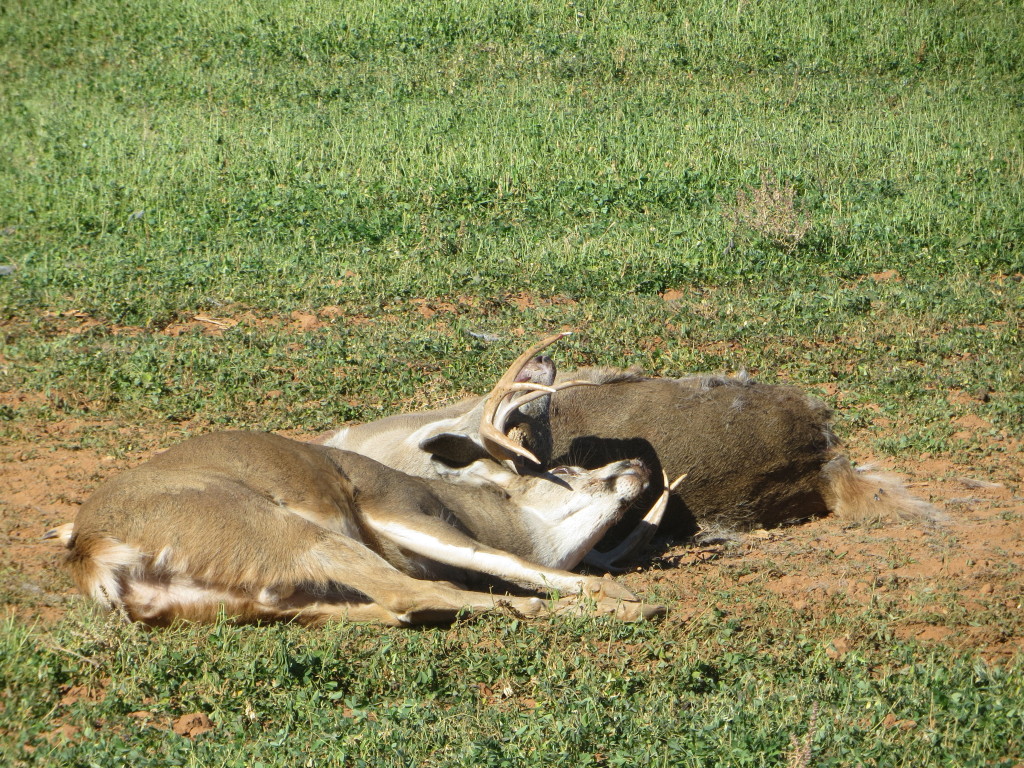 The warden’s backup was a few minutes behind us in his pickup with a dart gun… but T. decided it wouldn’t be necessary.  We could tell the other buck was already dead.  Two live bucks and it would have been a different story… bucks are fast and potentially dangerous… but one anchored down was approachable.  T. grabbed a short hunting saw and approached.    I told him I’d be backup if he got in trouble, but I wasn’t very willing to get too close!  That’s when I started filming.

It took a few tries… the buck was now terrified and pulling his dead partner along.  He didn’t act aggressive with T., always pulling, never trying to swing his head towards him or charging.  A few grating swipes, then T. reaches up and pops off the tip of an antler.  He’s free!  The poor buck staggers back, exhausted, sore, stiff, but definitely OUT OF THERE!  The horses that first clued me into his presence trot after him for a closer look.

We examine the other buck.  He’s bigger, but in this case it didn’t seem to help him.  Something, most likely coyotes, had already began feeding on him.  What a horrible thought for the freed buck.  That he stood there, watching his opponent become food for coyotes, possibly having to fend some off himself…I REALLY felt sorry for him then!

The story ended as best as it could… luck was on the side of the young buck today.  With deer season over, he’ll have peace and quiet.  Thank you T. and the Wyoming Game and Fish Department!

To the Rescue from Carol Greet on Vimeo.

20 thoughts on “To the Rescue”