So this is NoNameKitty… (which, hysterically, makes me think of Paint Your Wagon and No Name City! – love that movie!)  Anyway, it doesn’t have a name yet… 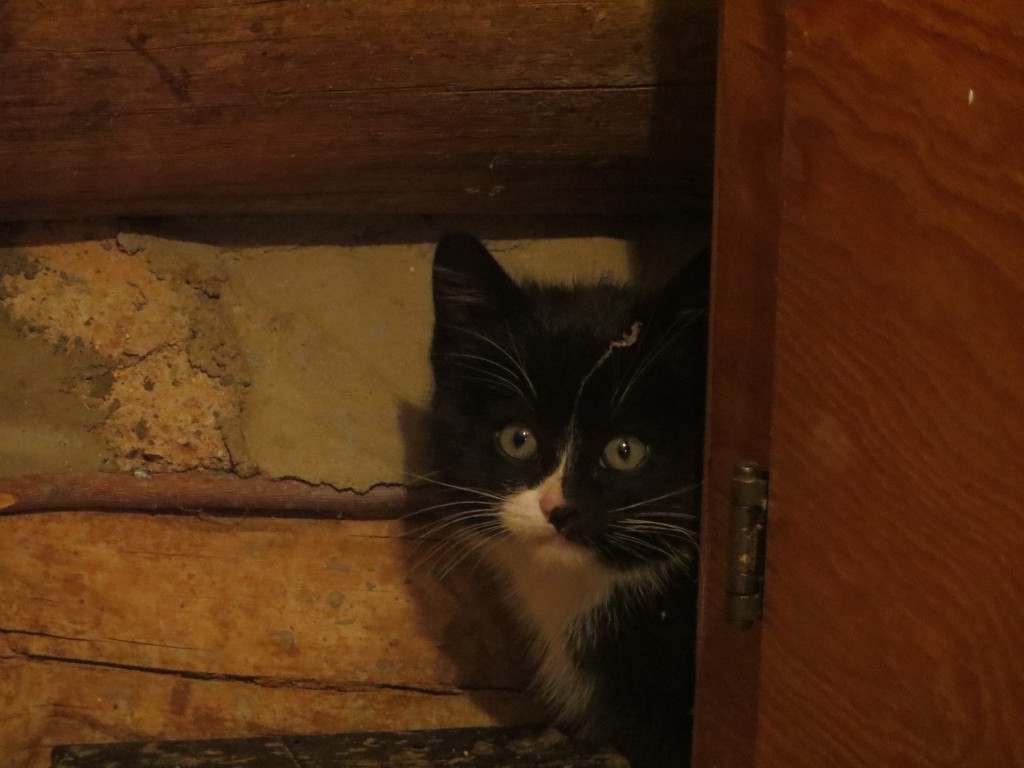 It took four days for the little wild thing to tame down and come out when I went into the studio!  Now I’m The Best Thing Ever and it just loves to come and get in my face (ick!) and purr (awww).  I like cats, don’t get me wrong, but I don’t want it in my face!

I’m also rather put out with him/her because IT WILL NOT USE THE LITTER BOX.  That’s a Definite ICK!  I had a box with kitty litter, and moved it, because, gee, the studio’s so BIG, maybe it couldn’t find it.  Pooped around it.  I put some poop IN the box, “monkey see, monkey do”, right? Nope. Pooped around it.  Maybe the kitty litter smells yucky or it feels weird, so I put some dirt in the box.  Nope, pooped around it.  I PLACED THE KITTY IN IT MULTIPLE TIMES, “see the nice dirt?”.  Nope, pooped around it. Now I’m opening the window just enough that it can go outside at night (the safest time to be out, as my dogs are in the house or yard), so, hopefully, it will find its way out and POOP OUTSIDE.

Hints and tips are welcome.  Ideas for names, also welcome.

It’s a cute little booger, so long as it learns to POOP OUTSIDE or IN THE STUPID BOX… I might keep it around!

P.S.  It could earn a lot of points if it would also CATCH THE DAMN MICE! 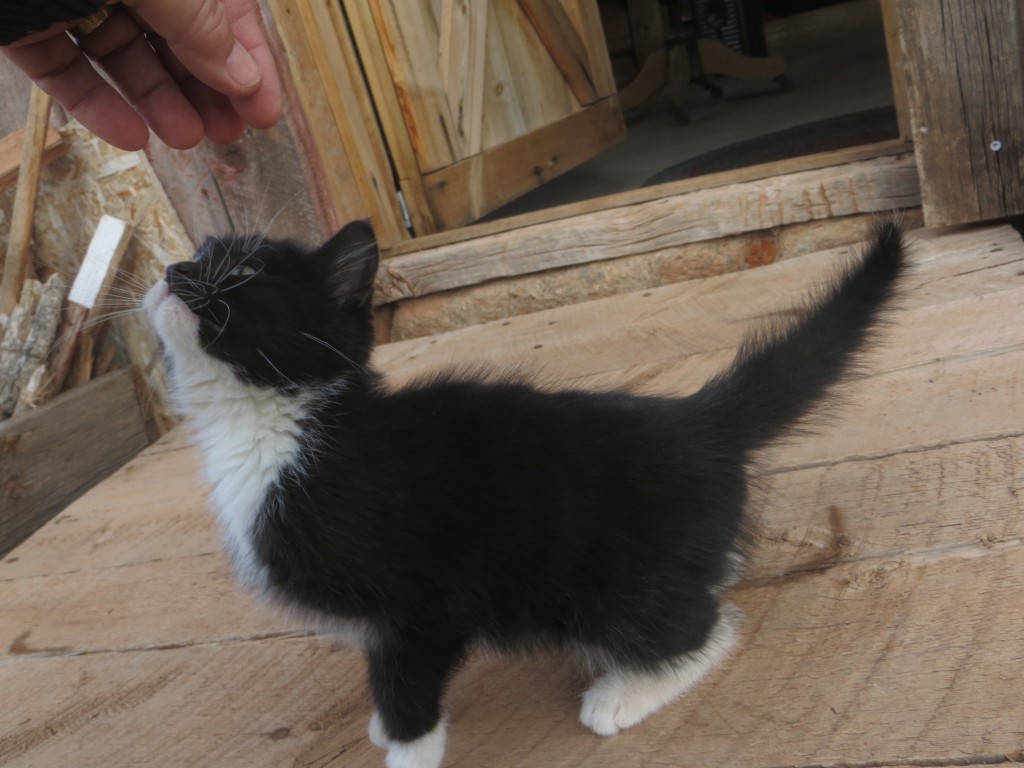