Cows had rubbed a gate down, and were where they weren’t supposed to be.  Did I want to ride along with Brandon and see if a dog and I would be of any help?  You bet!  I don’t mind these little expeditions at all.  It’s a good chance to take photos and work my dogs and get some exercise… remember the other day??? Well, that day didn’t go so well, and lots of times I just end up being the Official Gate Opener… but, hey, ranchers seem to have memory loss about these things, so I grabbed my camera and climbed in the pickup.

Barely pulling into the home place, there were three cows left there by a neighbor as he came through… Two were ours, a pair of young cows, who really didn’t know the winter protocol yet.  The other, a different neighbor’s… described as “flighty”.  Brandon dumped me off, went to open a gate, drop his pickup at the corral, and come back on his four wheeler.  I was left on foot, with Eden by my side.    About ten steps into the plan, I could see this was a mistake.  “Flighty” was barely descriptive of that ol’ cow.  She saw me and started to jog… the wrong way.  Our two followed, definitely being led astray!

I hiked down into the bottom of the draw, trying to remain more or less out of sight and hopefully forgotten by the three.  Wishful thinking.  I even crouched over, putting the stalk on them like they were elk.  That cow wasn’t having any of it.

So if a cow jogs away at four miles per hour and I slog through the snow in Arctic pac boots uphill having to stop every 20 yards for a minute break, how long before I catch the cows?  Gee.  You’re good.  You’re correct, I don’t.

But when Brandon shows back up on the four wheeler I still have an eye on the ol’ rips and can point him in the right direction.  He zips up to the front of them to turn them back and the “flighty” one, call her “Amelia” (which beats the words I was calling her at the time), takes a look at him, and promptly jumps the fence onto the highway right of way.

Right then, I *definitely* got the clue that Amelia was more than flighty.  Cows on highways are just Bad Things, so Brandon was in hot pursuit.  Me?  I decided to slog on, hoping to get somewhere I could help, hopefully in front of our two young ones.

To make a long story short, eventually, Brandon returns to pick me up, having given up on Amelia.  She jumped the fence on the *other* side of the highway and was headed north.  Sorry about that, B., but we will try to help you find her!  We get in front of the two young cows, and turn them the right way.  Brandon asks “Did that ol’ cow take you?”  “No, she just left the country!  Did she take you?”  “Yup.  I stopped 20 feet away and I was just sitting there and she lowered her head and rammed my four wheeler and then took off.  I felt bad I had left you with her!”

Maybe it was good that Amelia *was* flighty… at least for me, huffing and puffing!  Oh, well, I have a couple of good photos and I got some exercise.  Again. 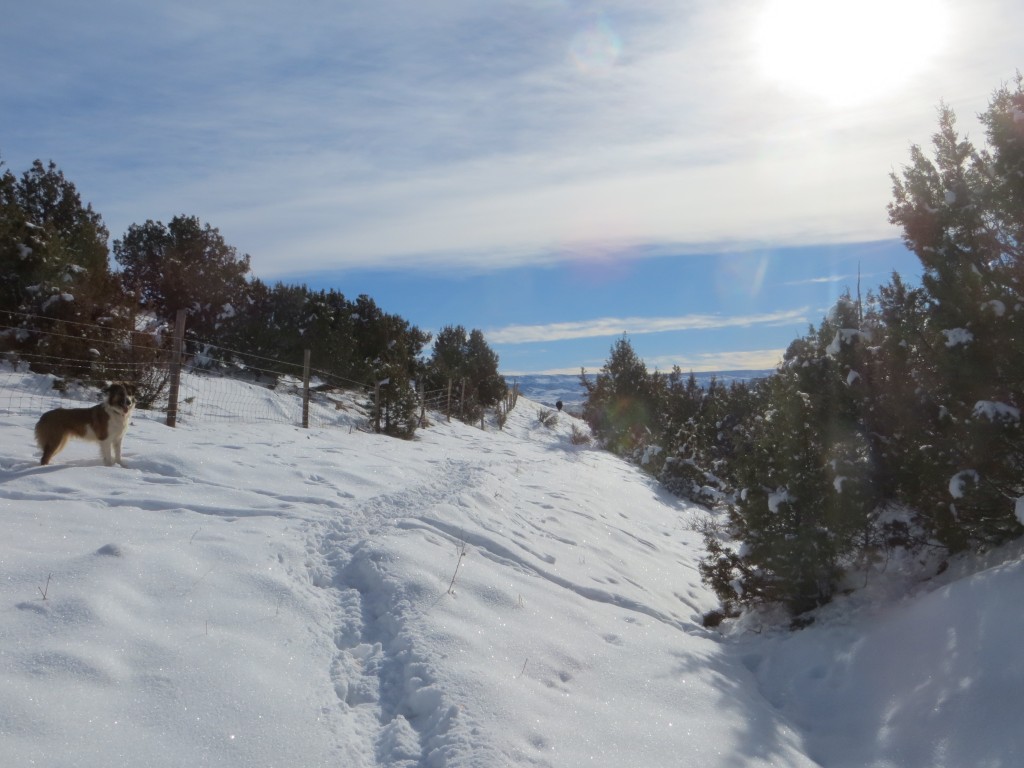 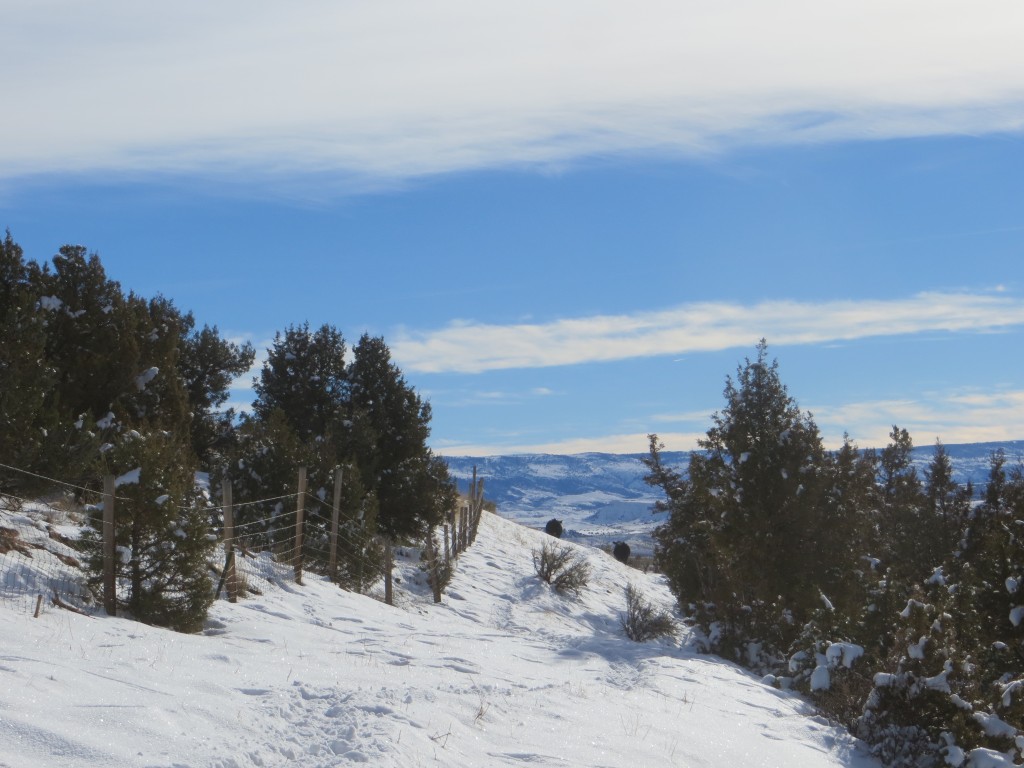